This week we say goodbye to Rachel Wisbey, who started work at Dame B’s in 2000! Rachel has been a loyal and dedicated member of staff over the years, always working tirelessly for the benefit of the children. It was fitting to see her smiling face shining out from the Open Day poster at the entrance to the school this year. As a natural “go to” person for pupils and staff alike, she will be missed; but we wish her all the very best for her new ventures.

The U11 rugby boys enjoyed a great afternoon at rugby at Culford School last week taking part in their annual festival. Five matches were played and the boys remained unbeaten throughout the afternoon. Much improved tackling and organisation allowed for the boys to play some good rugby and score a number of excellent tries. 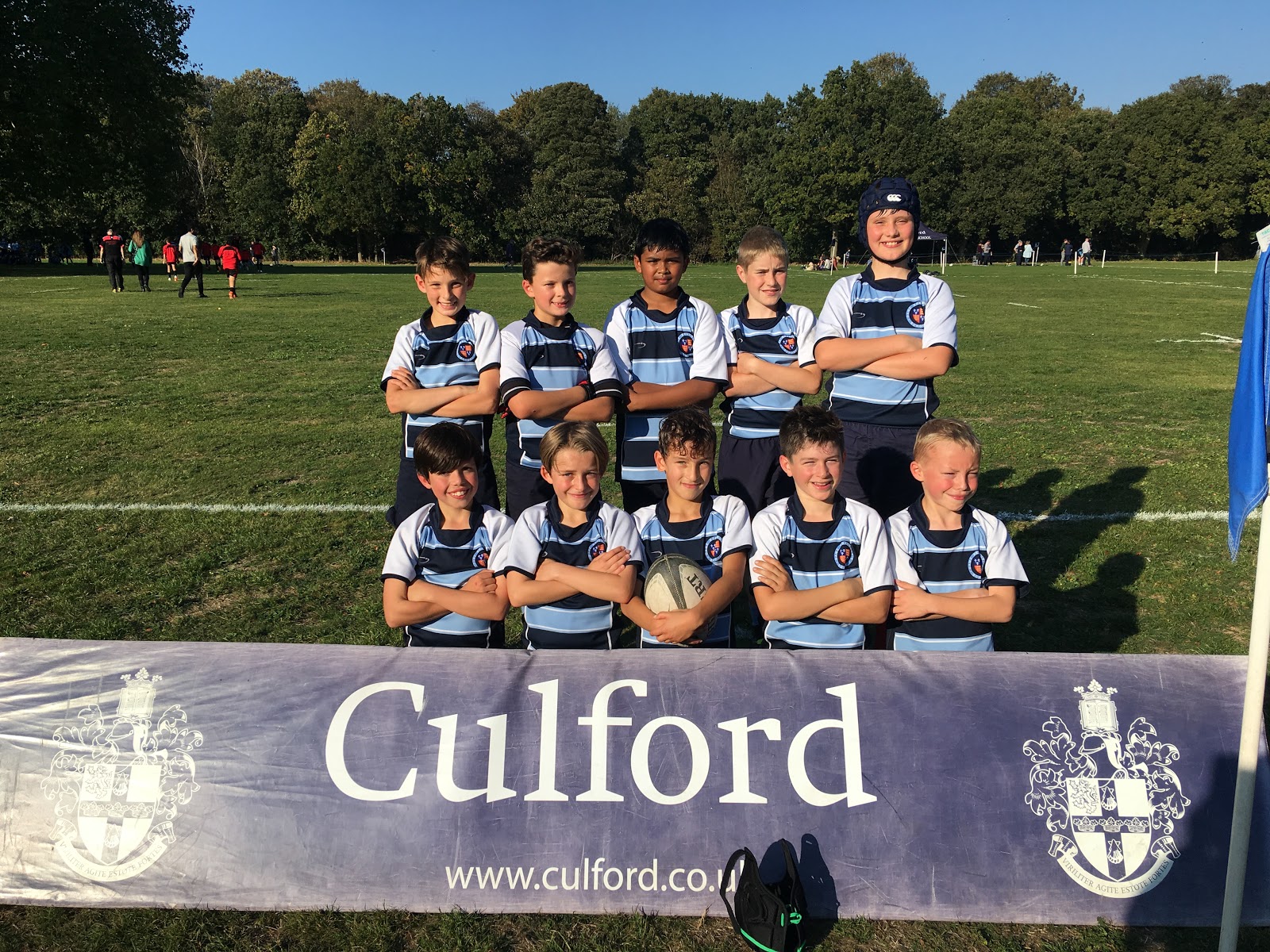 The U11 girls hockey team made the long trip to Framlingham College to take part in the East Region IAPS hockey tournament. The team got off to a solid start drawing their first two group games 0-0. In their third game they secured an excellent 2-0 win thanks to goals by Lucy and Rose. In their final group game against the eventual group winners the girls put in an excellent defensive display but unfortunately lost 1-0. This result meant Dame B’s finished third in the group and progressed to the Plate quarter final where they faced Ipswich Prep. In a very tight and close match the girls battled hard but lost 1-0. It was a fantastic experience for the girls who were experiencing tournament hockey for the first time and lots of valuable lessons were learnt throughout the day.

Two days after IAPS the U11 girls hockey team participated in a 6 team tournament at Culford school. In the group stage, Dame B’s played some of their best hockey of the season to win their matches 2-0 against Culford and 1-0  against St Felix to top the group and progress to the semi-finals. The opponents in the semi final were Norwich School and the game was very close ending 1-1 following a late equalising short corner goal for Norwich. This meant the game went to penalty flicks and Dame B’s held their nerve to win the shoot-out 1-0. In the final against South Lee, Dame B’s were forced to defend for long periods with Charlotte making a string of fine saves in goal. Dame B’s nearly pinched the win in the last few minutes but again the match went to penalty flicks, where unfortunately Dame B’s lost the shoot-out 3-1. It was an outstanding team effort throughout the tournament and the girls should be proud of the huge progress they have made over the last few weeks.

The U9 Girls A and B hockey teams travelled to Bishop’s Stortford College for their opening fixtures of the year. Both teams played very well with the A team winning 2-0 thanks to goals from Alia and Daisy. The B team won 2-1 with Lyra opening the scoring and Layla scoring the winning goal.

Our U11 girls football teams enjoyed their first matches of the term against Katherine Semar on Friday and played extremely well. For some, it was their first experience of a competitive football match but all coped admirably with both teams winning well contested matches.

We look forward to a busy second half of term and welcome your continued support at all of our matches.

Keep up to speed with all the latest sports news and results by visiting our sports website www.damebradburys.com and follow us @DBS_Sport.

Your next school newsletter will be on Friday 9 November 2018