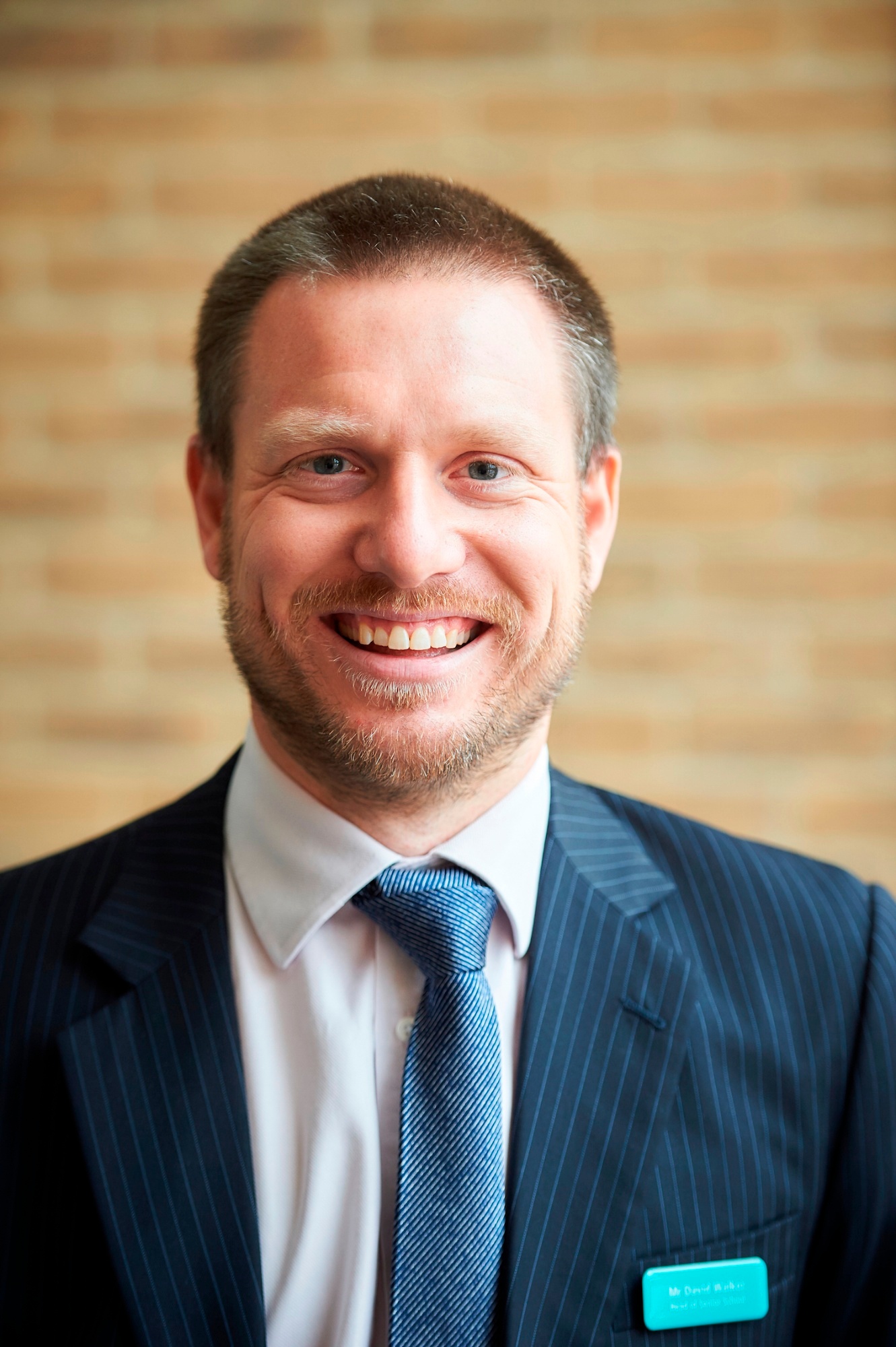 I have written many times in the past about our Inspire and Guide programme, in which speakers visit us to discuss their lives and careers with students, and this month we welcome two very high profile speakers in Ben Miller and Ed Byrne. However, the inspirational people that I would like to focus on in this newsletter are our own students.

Please forgive me for highlighting a small number of students - a drop in what I know is a much bigger ocean of wonderful things our students do - to highlight a range of activities, they are but a snapshot.

Many of you will have heard Juliette Richards playing classical music, but she also joins what is becoming a strong tradition of singer-songwriters at the school and has just released an album of her own original work. We also have a huge number of students in our ‘School of Rock’ now and look forward to our own Battle of the Bands.

Korfball is a fast-paced sport containing aspects of netball, basketball and handball. Interestingly it is one of the few mixed gender sports, with four females and four males on each team. Asha Bharadwa has continued her excellent progress and leaves for a tournament in Belgium later this term, representing her country - what an achievement. Also in the physical and sporting arena, Anna Graves has won another gold medal in Tae-Kwon-Do.

For a number of years we have had success in the ‘Big Bang’ competition. This year’s entry deadline is yet to pass, but the entry from Kai and Lia Singh is mightily impressive. This is a great example of our students showcasing their skills as independent thinkers, motivating themselves and one another to achieve amazing things.

What should we take from these successes and achievements? In my view, they all demonstrate that young people can achieve far more than many adults will think possible. As educators and parents it is our role to encourage, to support, and sometimes to manage expectations - but to avoid setting limitations wherever possible.

Tickets for this term’s big musical extravaganza Bugsy Malone are now on sale!

It’s 1928 and Fat Sam’s Grand Slam Speakeasy is the place to be for those in the know. Fizzy dreams of a future in show business whilst Tallulah and the girls tap dance their way through life. Fat Sam Stacetto and his Hoods are rakin’ in a tidy profit, that is until arch rival Dandy Dan turns up the heat.

And Bugsy Malone? He’s just lookin’ for the next prize fighter, oh and hopin’ to impress a certain singer named Blousey Brown.

Our show is set in a 1920's style speakeasy bar - you can choose to be a regular audience member and sit on the raised seating or, for a more interactive experience, you can book a table in Fat Sam's Grand Slam Speakeasy for up to five people.

Tickets may be purchased using the links below.

Our hockey players have continued to enjoy the opportunity to represent the school through friendly fixtures, cup matches and tournament play. A high number of Year 7 and Year 8 pupils participated in an enjoyable triangular fixture series with the Perse School and Kimbolton School on Saturday 3 November. The girls performed brilliantly and produced some excellent results on the day. The triangular fixture was an great opportunity and format for all involved and something we look forward to including more of in future hockey programmes. The girls’ U12 and U14 hockey teams have done very well to qualify for the England Hockey Regional Tournaments over the coming weeks and it will be a great opportunity to learn and challenge themselves against some of the best teams in the region. The 11-a-side teams are also in action over the next few weeks as they test themselves against Culford, Bedford Modern, Saffron Walden and Wisbech.

The football programme is growing all of the time and there was a momentous day in Stephen Perse Foundation history on 30 October. The Under 13 girls played against Neale Wade School in the Cambridgeshire League, the first such fixture in the 137 years since the school was founded. The girls performed superbly well, defending heroically at times. Although ultimately losing to a very strong team, each one of them can be proud of the way they performed. 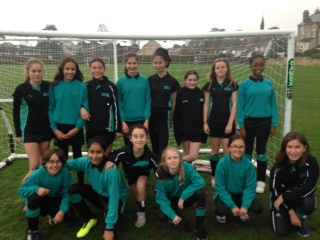 There was also a packed schedule on Saturday 3 November with four boys’ teams taking the long trip to Kimbolton. Results on the day were very positive, two highlights being the Under 13 and Under 12 B victories.

The Year 8 boys then hosted a four team futsal tournament in the Sports Hall on November 7. SPF had two teams, and Netherhall brought two teams across for a very competitive set of fixtures. Going in to the last game of the day, either SPF team could win the tournament. Team 1 required a draw and Team 2 needed a victory over their peers to guarantee first place. In a great display of futsal, the final match finished 2-2 giving the overall win to SPF 1, in a match that could so easily have gone either way.

It was a great achievement for our teams to finish first and second and an opportunity to put into practice all the students have learnt in our Monday Games sessions.

Finally, well done to all our netballers who attended another amazing Maverick’s coaching session, this time with Lindsey Keeble, Maverick’s first team defender.

Everyone worked extremely hard and came away buzzing with new ideas and positive feedback ready for the County schools tournament this weekend.

Remember to stay up to date by checking the sports website (www.stephenpersesport.com) and following us on twitter @SPFSport. 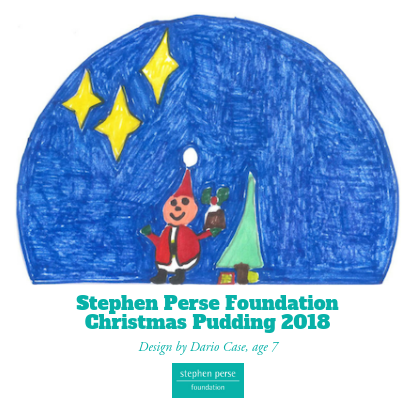 The number of puddings available is limited, so place your order as soon as possible! Final order date is 23 November (if not sold out before). The pudding will be delivered to the school you select on your order.

The PFA are selling puddings to help fund activities, events and equipment for SPF pupils. The team have had to move 'Christmas pudding mountains' to bring you these this year as they have taken on a new Chair and team as well as setting up new systems and suppliers.

Please support the PFA by ordering a delicious plum or chocolate pudding this year (or maybe even both?) - please order yours via Wisepay tickets and events (full ingredients listed on the order page)!

Please go to Wisepay, tickets and events to order.

The PFA are working with the School Councils across the Foundation to set up a process for pupils to nominate a project for PFA funds to be spent. More details will follow on Classlist.

***Save the date*** the PFA Christmas Fair will be on Saturday 1 December. Please make a note in your diary to come and support this popular event. More details will be published on Classlist.

Volunteering for the Christmas Fair will be coordinated via Classlist (you can also email pfa@stephenperse.com for further details).

Please remember to accept the Classlist invitation that was sent by email at the start of term, in order to stay up to date with parent and PFA communications, events and notices. Classlist is also a great way to stay connected to other parents in your child’s year group or class, and ask questions to other parents, as it's GDPR compliant.

For the full list of events, see our school calendar.