The last fortnight has been an exciting time for Junior School pupils and staff, with some wonderful one-off events alongside those with which we are more familiar. We have also marked two very important awareness weeks, enjoyed three House Assemblies, held four Parents’ Evenings and seen pupils in Years 3 & 6 extend their learning beyond the classroom.

Of the many visitors we have recently welcomed into school, none generated more curiosity than Clara Dublanc and the parents and uncle of Oscar Murillo, the young Colombian who created Frequencies, a unique global art project. Mrs Mason and Clara introduced the project during a special assembly and the canvases were then installed in four classrooms, closely watched by small groups of pupils through doorways and windows! The doodling quickly began and one week into the project, it has been fascinating to see incredibly creative and thoughtful ideas spreading across the fabric covered tables. Pupils have said that ‘it is fun and creative’ and that they ‘really like how we can express our feelings through drawing.’  Some wished that they could keep a section of canvas to themselves so that their drawings remained untouched, whereas others were interested to see how their peers were ‘expressing their minds’. There is definitely enthusiasm for being involved in such a large scale project and it will be interesting to see how the drawings develop. 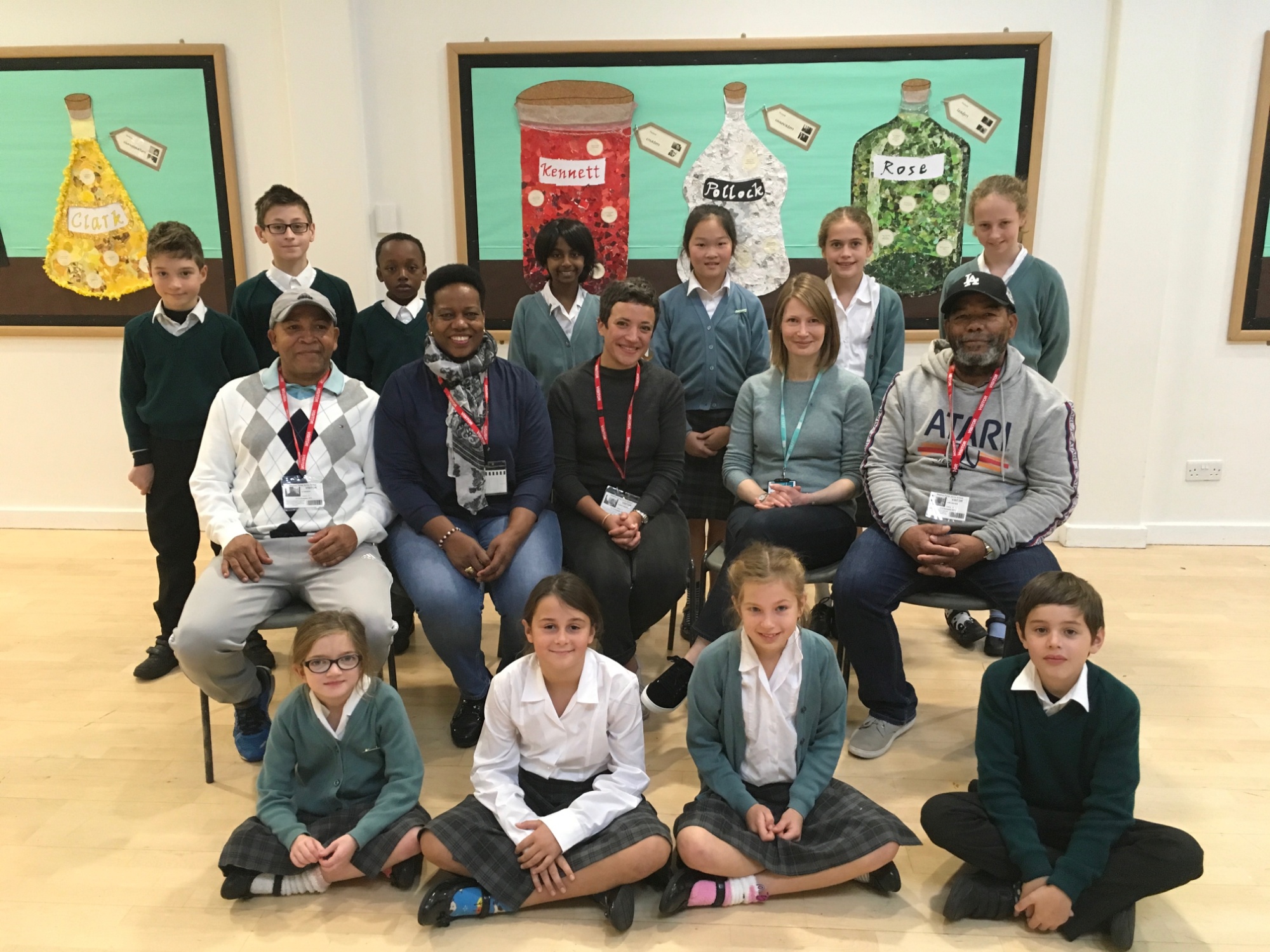 Another ‘first’ for us was a Pop-up Tudor Court, which happened on the same day as the launch of the Frequencies Project and saw Year 5 pupils meeting up with some Year 8 students and the 6th Form History Society in the Activity Space at Senior School. Both events were excellent examples of how our pupils benefit hugely from being members of the Foundation.

Meanwhile, pupils in Years 3 & 4 were excited about meeting Victoria Richards, a former student of the Foundation, who is now studying Anthropology at Durham University. Victoria’s research project into active and passive learning involved pupils participating in a quiz and activities linked to a story with some key conservation messages. The children really engaged with this project and are looking forward to Victoria’s visit next week when they will complete their final quiz. It has been good to connect with an member of our alumni in this way and we will share the results of her research when this becomes available. 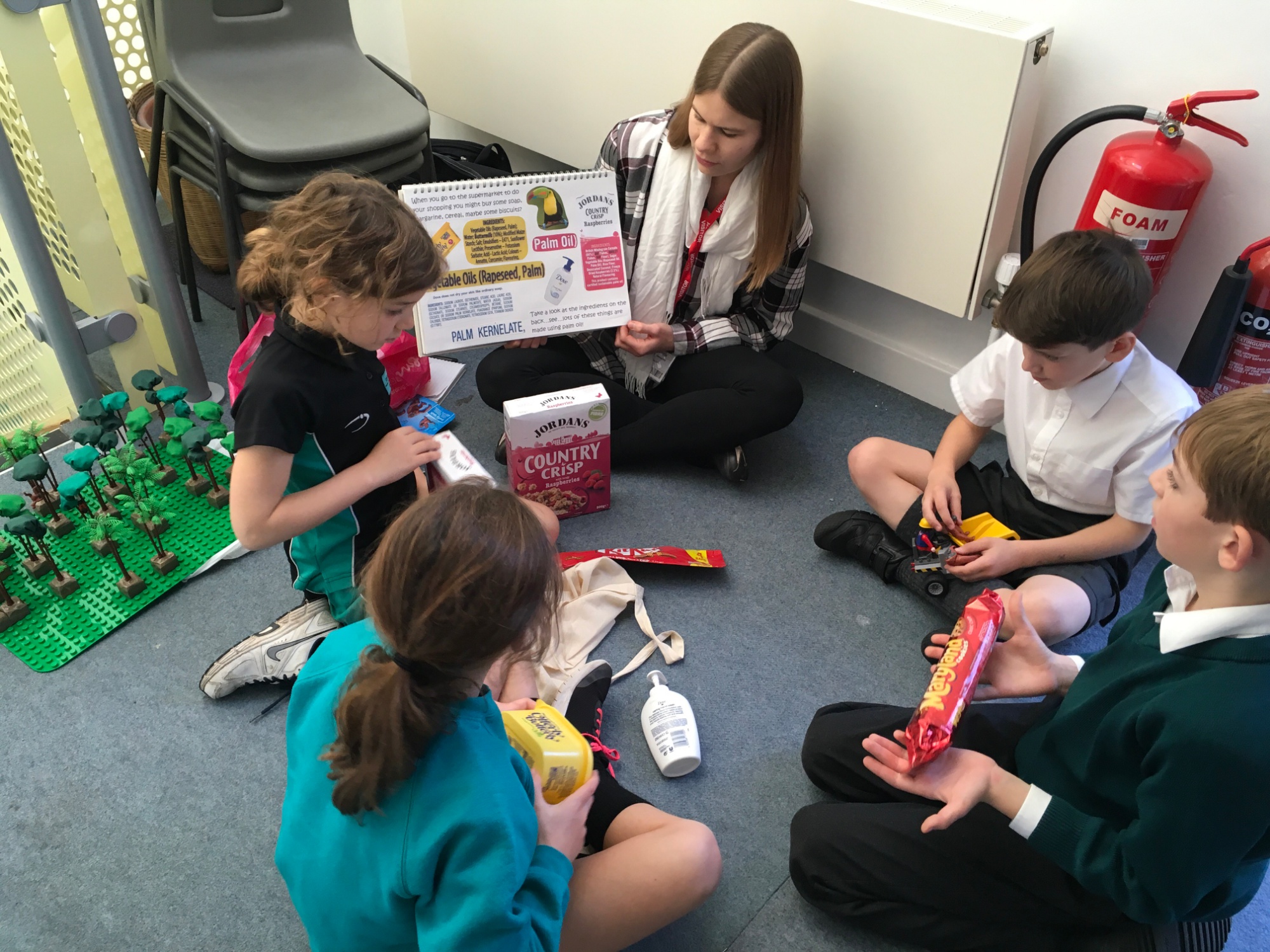 Year 6 pupils are to be commended on the effort they made in preparation for their Victorian Day at Stibbington. Rarely can we remember so many fabulous costumes! We were glad that they gained a huge amount from this experience. We were also delighted that Year 3 pupils enjoyed class visits to Emmanuel Church, where they rounded off their study of Christian places of worship. The accompanying staff and parent volunteers were impressed by the children’s high level of interest, as they tackled the various challenges of the church search. Examining the font and baptistry, sitting at the organ and climbing into the pulpit were highlights for both classes and we were treated to several inspiring mini sermons, including one on the importance of reducing our use of plastic items. 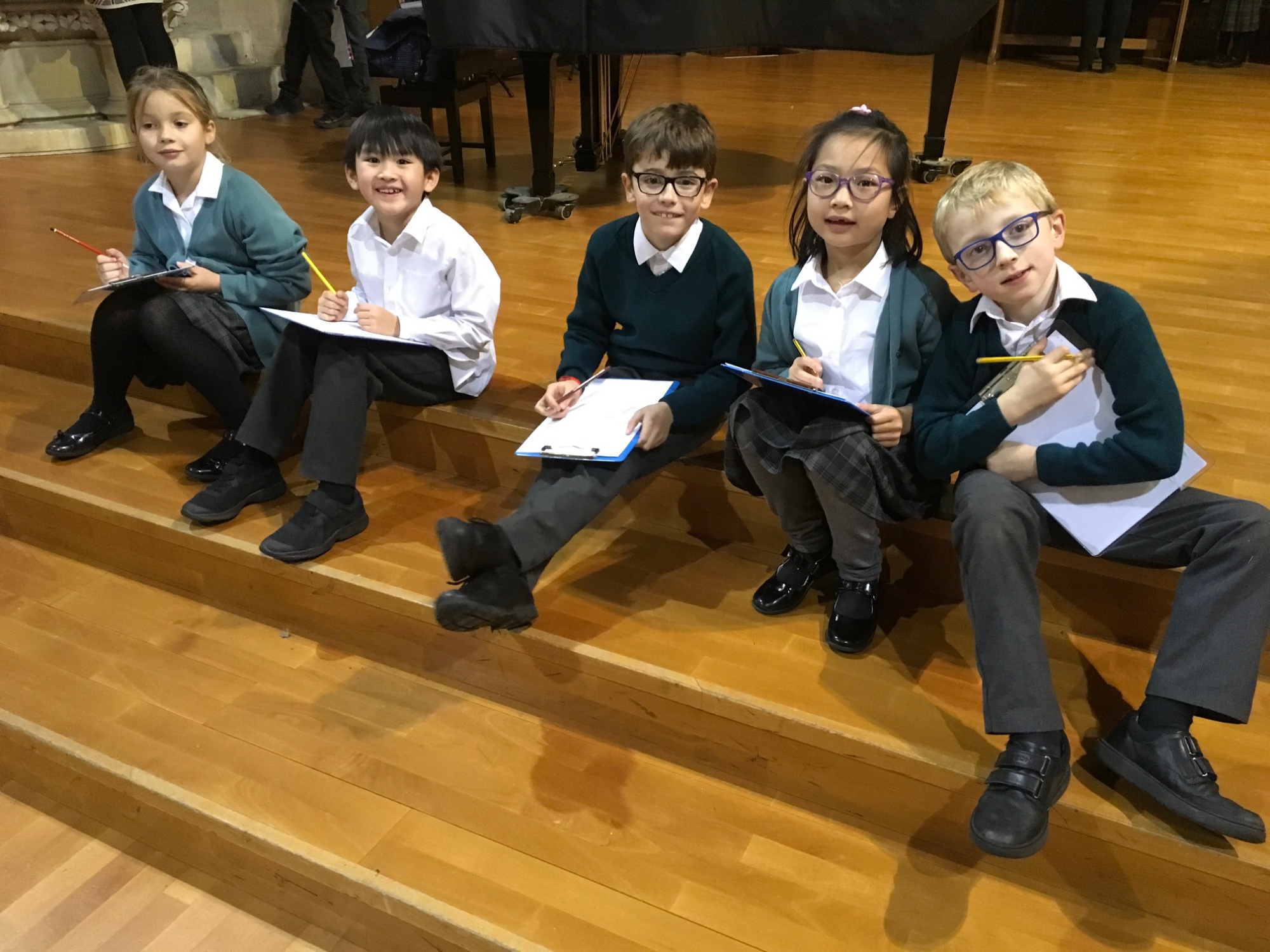 Our programme of assemblies has been more packed than usual during the last two weeks, with members of Sutherland, Rose and Clark Houses delivering very thoughtful presentations on ‘Future Thinkers’, ‘Future Leaders’ and ‘Future Changemakers’. We have also had very thought provoking talks to mark Anti-Bullying Week and Road Safety Week. The respective themes of ‘Choose Respect’ and ‘Bike Smart’ have been thoroughly unpacked and we are grateful to members of Years 4 & 5 for creating and displaying posters to help everyone remember that the 2018 themes, for both weeks, should be observed in every week of the year. It was good to combine our efforts for ‘Children in Need’ with Odd Socks for Anti-Bullying Week and we were pleased to have raised over £177. 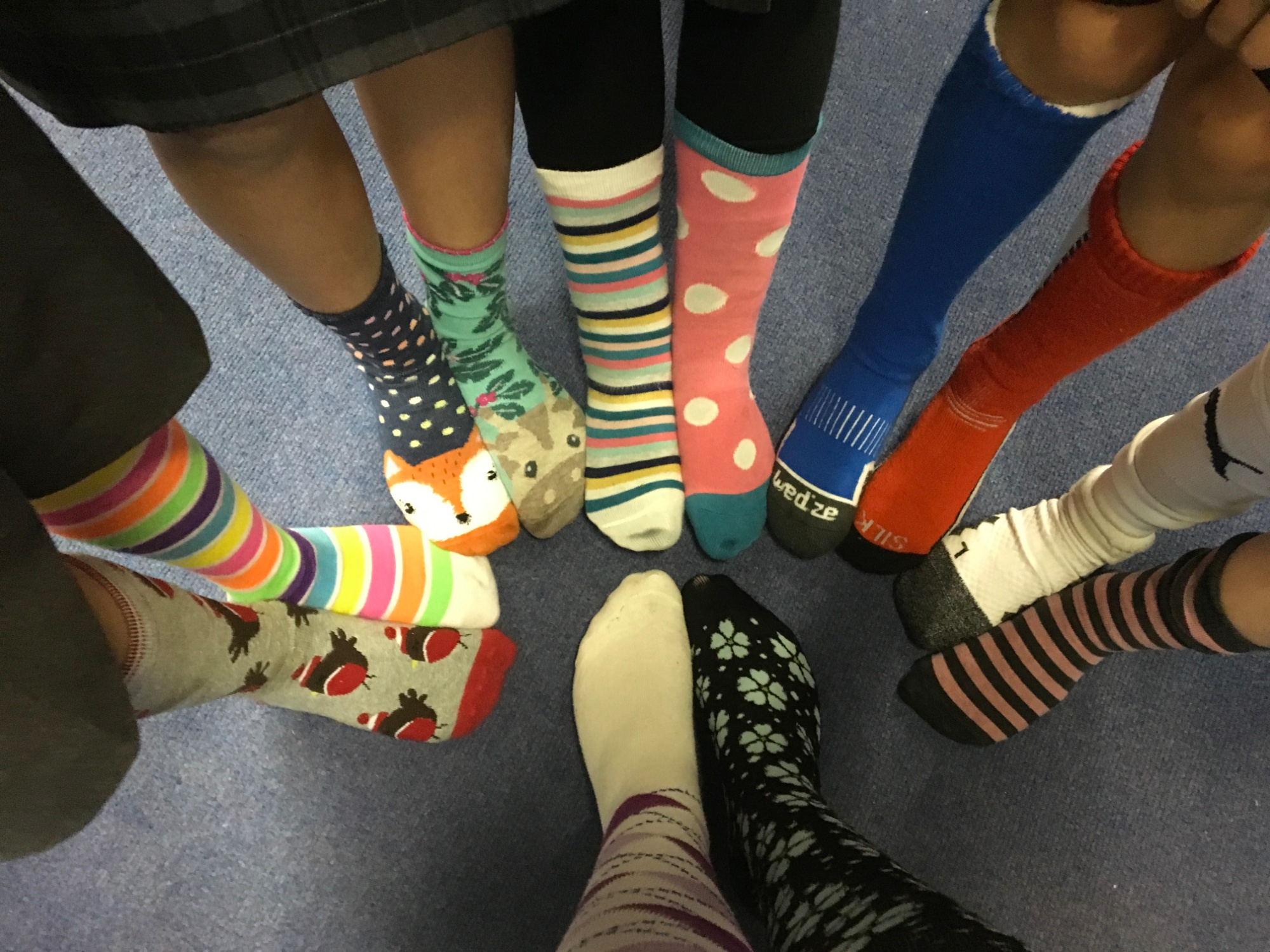 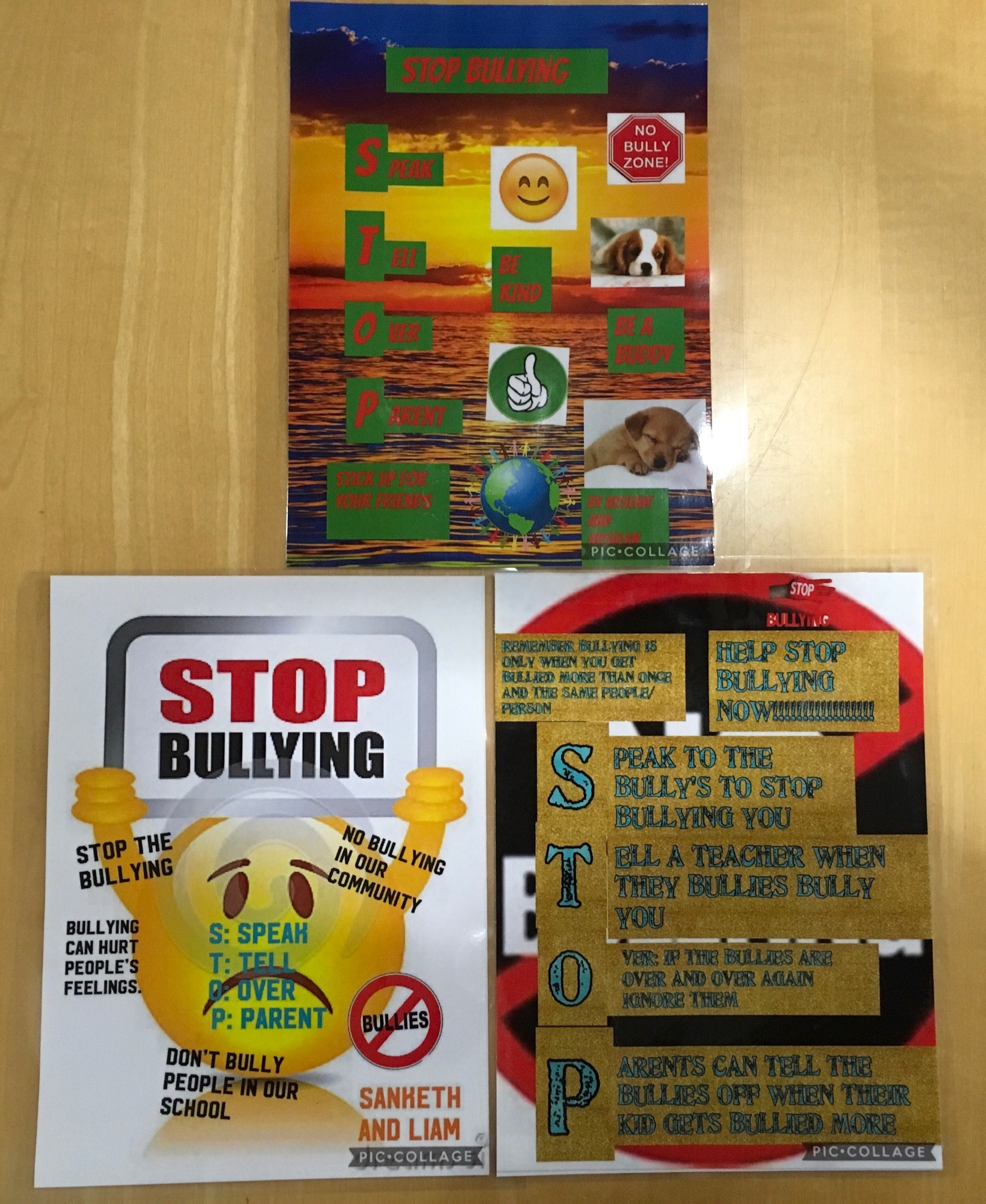 Assemblies are also great opportunities for the celebration of pupils’ achievements and this week we have been in the happy position of congratulating eight Junior School pupils on considerable success in competitions entered through school.

Almost exactly a year ago, the members of our Year 4 Science Club, led by Mrs Richardson, started investigating 'No More Cabbage', the subject of the 2018 CLEAPSS Primary Science Competition. Their enquiry began with finding out what an indicator is and how a red cabbage indicator works, using household products such as lemon juice and toothpaste. The young chemists continued by investigating a huge range of possible indicators, such as pomegranate seeds, turmeric and conkers, over many weeks. Their hard work and enthusiasm culminated in creating a presentation book of each test, the results and a conclusion of their efforts to find a new indicator.

On the last day of the summer term Mrs Richardson posted the completed books to CLEAPSS and in September she was thrilled to discover that Dasha, Emily and Olivia had won the Year 3 & 4 category of the competition! The letter from CLEAPSS stated, ‘In a very strong field, the girls’ entry really shone out as being an exemplary piece of work, we were particularly impressed with the great variety of potential indicators tested’. Two days ago Mrs Richardson and the girls, now members of Year 5, received their awards from Dave Parry, an advisor with CLEAPSS, and Gill Jurdon, a representative from SciChem. Well done Emily, Olivia and Dasha - we are really proud of you and feel sure that the members of all three Junior School Science Clubs will feel inspired to have a go at entering future competitions. 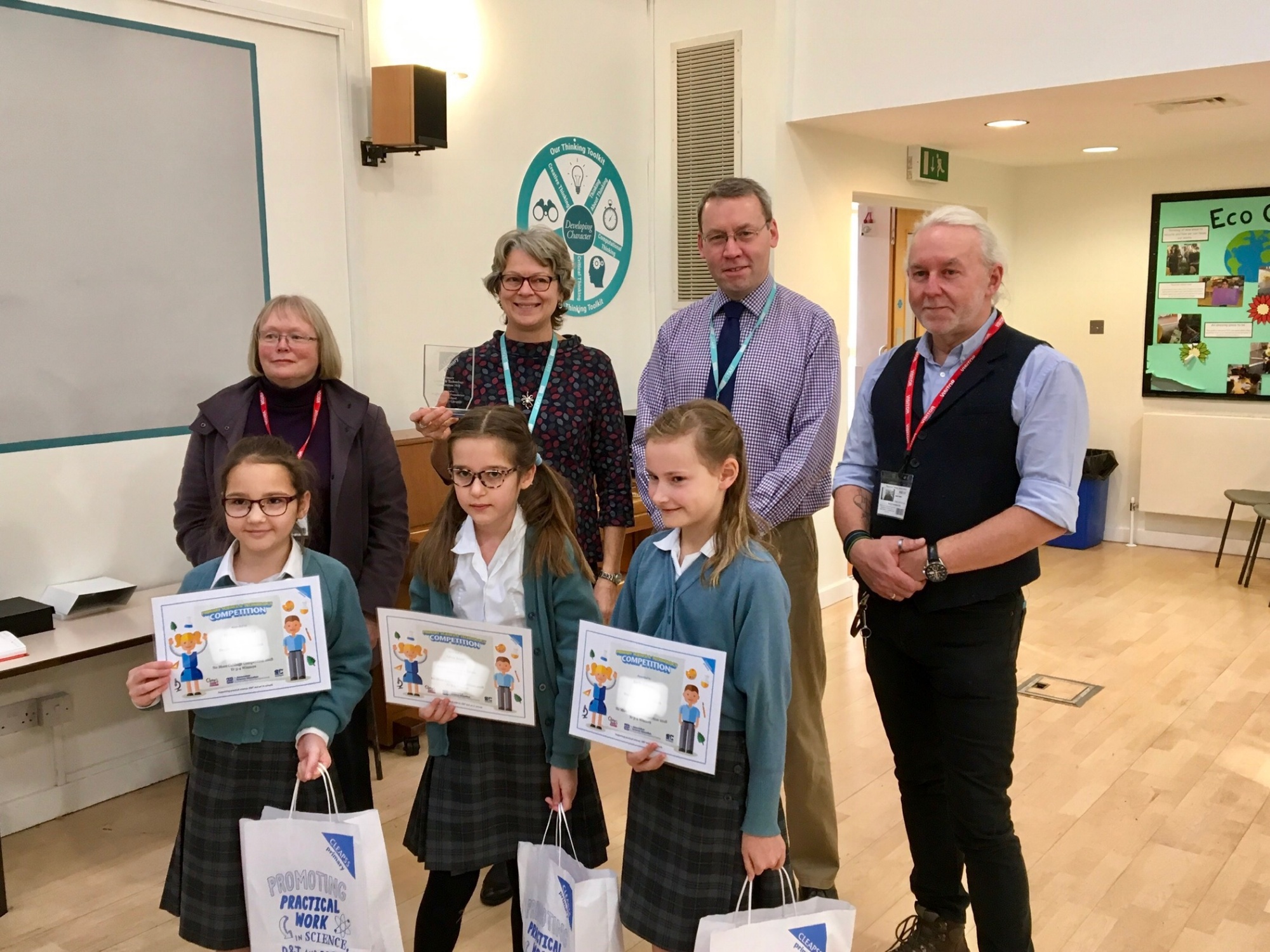 Success in Science was closely followed by success in Modern Languages! Earlier this week Mrs Neely received the excellent news that five pupils who entered a competition to mark European Day of Languages on 26th September have been awarded the Judges’ Commendation. A large number of Junior School pupils created their ‘Recipe for Happiness’ in languages of their choice for this competition - the variety of languages was phenomenal. Chinmayee in Year 6 won the Upper Primary prize for her 'Recipe for Happiness' which she wrote in Spanish, which is a fantastic achievement in a national competition! We were delighted to also award special certificates to Jérôme, Hercules and Sammy in Year 6 and to Sophia and Lili in Year 5 for their thoughtfully designed recipes in French, Greek, Arabic, German and Mandarin. Very well done to our linguists!

Some brilliant sporting action over the last couple of weeks at the Junior School. The weather may be moving in, but the levels of enthusiasm and commitment are still extremely high.

U9 Girls’ A Hockey team have continued their unbeaten season with a 5-1 victory against Bishop’s Stortford College and a 1-1 draw with Dame B’s (match interrupted by floodlight failure!). This now just leaves Bedford Girls in the calendar, to see if they can complete a memorable season.

Year 5 pupils travelled to play girls’ hockey and boys’ football against Kimbolton on Friday 9 November. The results didn’t go our way, but the experience of a big block fixture was evident. A great deal of learning took place on the pitch and it was great to see the different teams encouraging each other.

The U11 Girls’ Hockey team recently travelled to Redbridge to participate in the U11 Regional Hockey Tournament. The team completed three group matches against Framlingham College, St Faith’s School and Sutton Valence. The team finished 3rd in their group after 1 win, 1 draw and 1 loss. This meant the team went into the 9th to 12th classification group. Some strong performances against Felsted Prep School, Beechwood Park and Ashford School saw the team record 2 wins and 1 loss against these schools to finish the tournament in 10th place. Well done to everyone involved who showed excellent progress during the day.

Remember to stay up to date by following us on twitter @SPFSport and regularly checking the sports website for up to date fixture and result information www.stephenpersesport.com

Cards are available for sale on WisePay. To buy in cash directly, please email rponek@gmail.com.

Please come and support this popular event. More details will be published on Classlist. Volunteering for the Christmas Fair will be coordinated via Classlist (you can also email pfa@stephenperse.com for further details).

Please remember to accept the Classlist invitation that was sent by email at the start of term, in order to stay up to date with parent and PFA communications, events and notices. Classlist is also a great way to stay connected to other parents in your child’s year group or class, and ask questions to other parents, as it's GDPR compliant.

As you know, Cambridge Centre for Sixth-form Studies (CCSS) has recently joined our family of schools, and we will now be able to offer boarding places to students across both CCSS and the 6th Form College. We are therefore delighted to share the news that CCSS have just been graded "excellent" in their ISI inspection report across both the achievements and the personal development of students, with inspectors praising both teaching and boarding. You can read more about that inspection on our website.