Battle of the Bands 2018: student perspectives 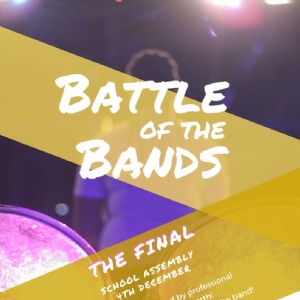 Two Stephen Perse Foundation students give their experiences and review the Senior School Battle of the Bands 2018.

The Senior School was treated to a fantastic Battle of the Bands this term. Two of the participating students took the time to write about their experiences:

'Battle of the Bands was probably the most fun I’ve ever had performing. The song my band (aka the Squid) chose, 'Don’t Stop Believing', was challenging but we all had a great time and felt we could really ‘jam’ to the tune. The heats gave us the chance to see how we would play in front of an audience. Being in the Hall with all the people that care most about us coming to support us gave me the courage to perform to my best ability. We performed on the second day of the heats and were the last band up so we really knew we had to step up our game to get through - everyone was incredible.

The final gave us all the opportunity to come out of our shells; having to perform to 500 people was pushing the boundaries of our comfort zone to say the least. It’s easy to forget to have fun when you feel your reputation is on the line but I think through the experience I learnt to let loose and not be so anxious about taking out a mic or hitting a high note for example. Although we came second place (which I can’t deny still nettles me a little) I genuinely feel like I learnt a lot and now hope to go on to play for more extensive audiences like at an external gig or maybe even a concert.' 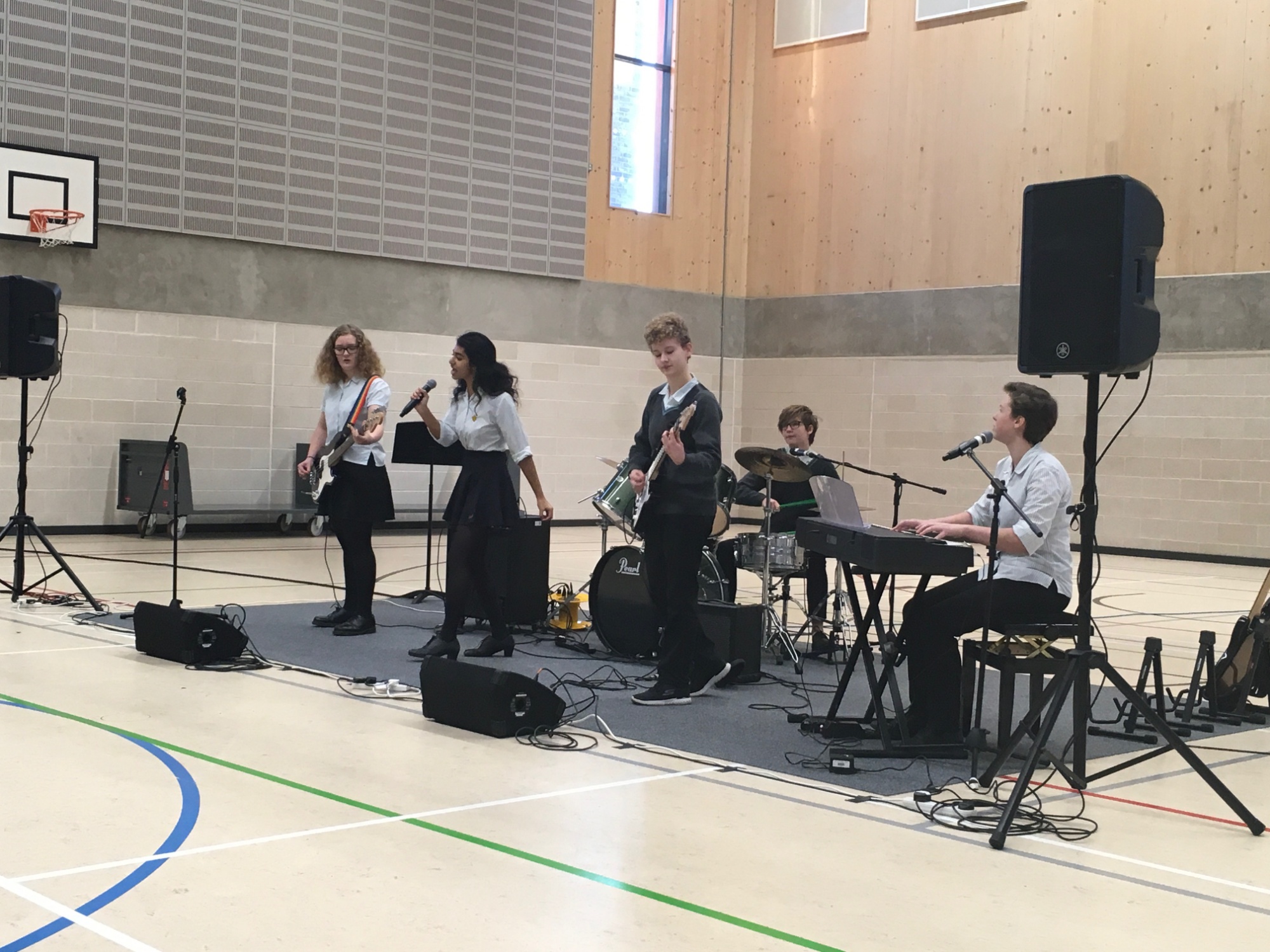 'It was the first time our band had played in Battle of the Bands. We had a new name, Pitch Black, and are a Y8 band made up of: Alice H on bass guitar, Ryan H on electric guitar, Kian F on the drums and I am the lead singer. There were six bands all together and three got through to the finals, which took place during a school assembly the week following the heats.

We had to start practising at the beginning of the term to be ready. From arranging the song and having to put all our parts together once a week, all our terms work was put into this performance. During the heats many came to watch and listen - all our friends and even teachers! We were all a little nervous for the day but nonetheless eager to perform. I could feel my nerves taking over and I wanted to just hide away. It was nerve wracking for the final results. Finding out we got through was great, but there was still that mad rush of last minute rehearsals and fixing those ‘off-notes’ from before.

Watching the sports hall fill up with people and all our friends walking through the door was when the worst of the nerves kicked in. As a singer, you have a lot of responsibility, meaning big mistakes were not an option! We were judged by a professional drummer, Ric Elsworth, who had the best light up Christmas jumper ever! After Mr Walker's short speech we were on. No one likes going first but we had to, some said ‘you can get it over and done with’ but we wanted to enjoy the spotlight. The two bands after us were called Stuck In Time and The Squid. Stuck In Time are a Yr 7 and 8 boy band. They had great individual performance skills and everyone loved their song. The second band, The Squid, is an amazing band of people in years 9 and 11. They had amazing vocals and a really catchy song that the crowd cheered along to.

Hearing the drum roll made by the noise of everyone's hands on the floor was an incredible experience. The moment came when we heard our name called out as the winners and it was almost unreal, and afterwards, seeing a load of my class heading towards us, was a great feeling to know they liked it. When on stage we felt famous, and the crowd went wild... but back to reality it was a Chemistry test next.' 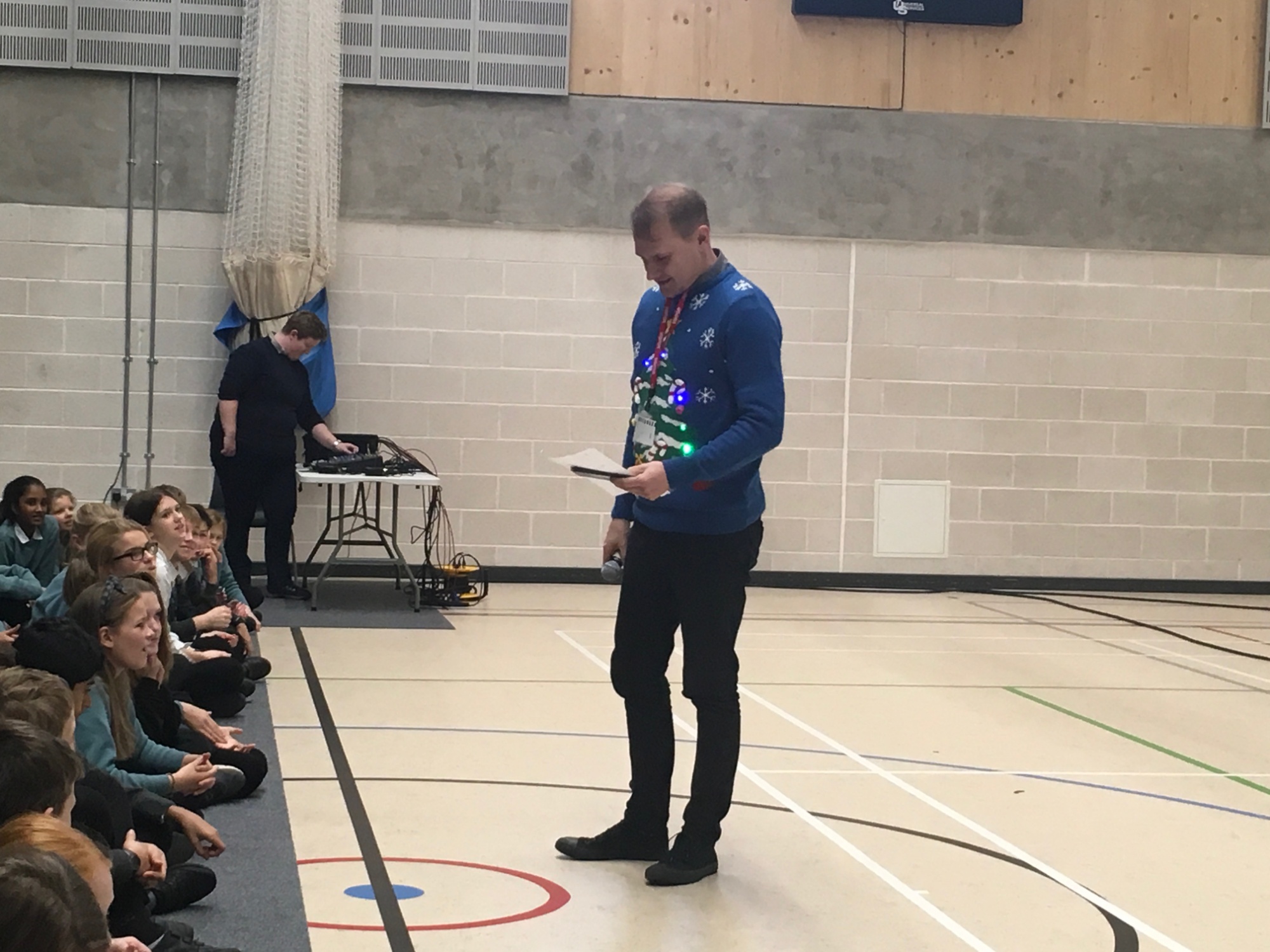 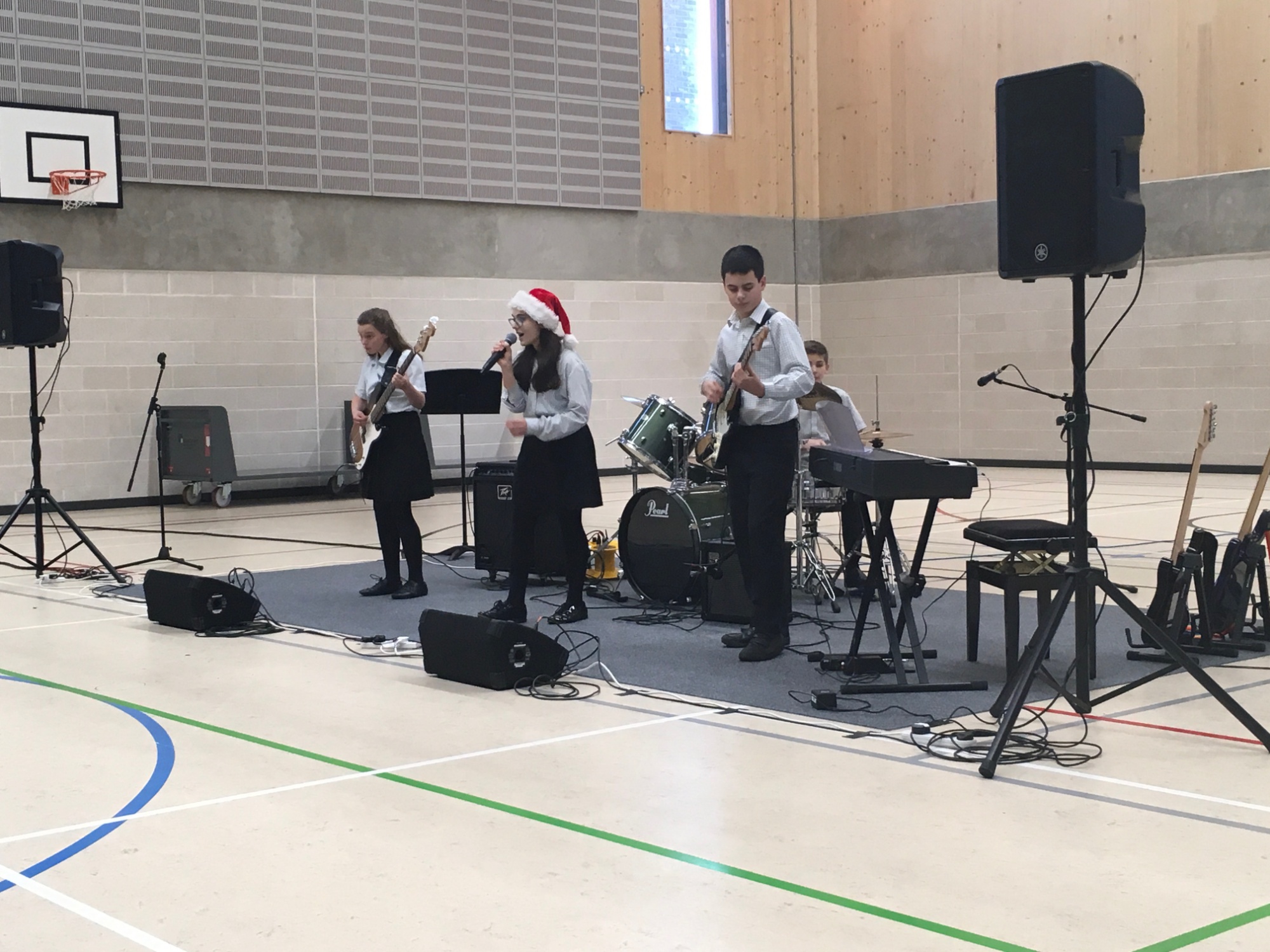