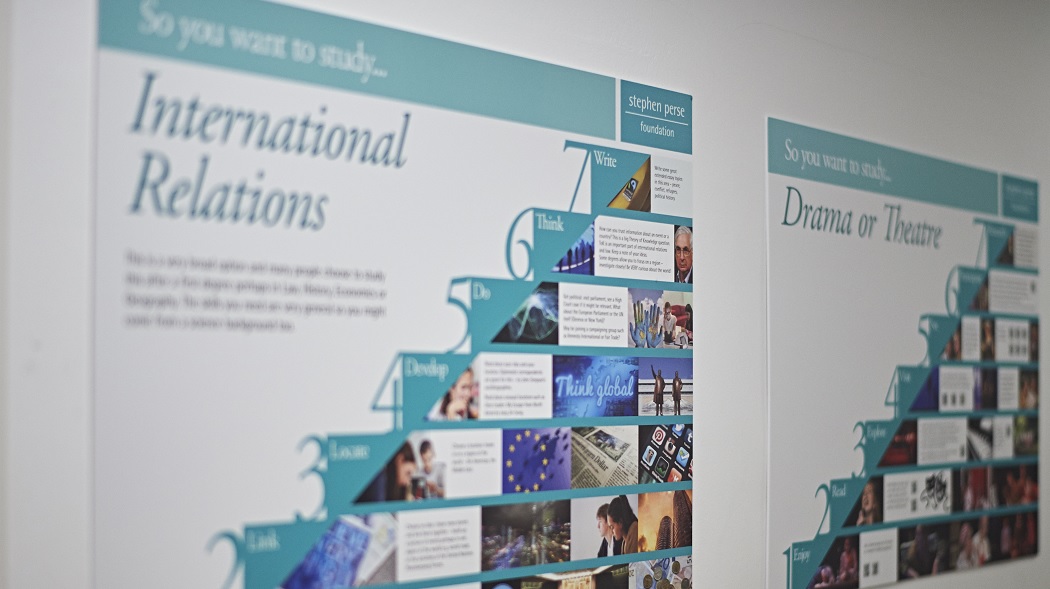 Educating our young people as global citizens in an uncertain world

Our Principal, Tricia Kelleher, discusses the new President-elect, Donald Trump, and what this means for our young people.

I pride myself on leading a school which embraces wholeheartedly the belief that our young people are global citizens. The city of Cambridge is a focal point of excellence in the world with its historic university and Silicon Fen acting as a magnet for talent and investment from across the globe. Many of our alumni, immersed as they have been in this cosmopolitan city, are living and working in countries across the world. Our parents include many from overseas who are working in Cambridge. Our student body is therefore wonderfully diverse with approximately 40 other languages spoken.
It is therefore from this vantage point that I view the election of Donald J. Trump as the 45th President of the United States. Trump is self evidently a divisive figure. His careless racism and misogyny demonstrated during the presidential campaign unleashed an ugly political discourse. America, the land of the free and the brave, found itself the focal point of unprecedented debate around building a wall, banning Muslims from entering the country and sexual assault. None of this laid a glove on Trump who apparently connected with Americans seeking someone different in Washington from the usual suspects.

Far be it from me to offer a view on the democratic choice of the American people. However, I do feel strongly that the ‘ugly discourse’ needs to be called out. I was therefore impressed with the response of Angela Merkel to Trump’s triumph.

She said:
“Germany and America share common values: democracy, freedom, respect for law and for human dignity irrespective of origin, skin colour, religion, gender, sexual orientation or political conviction. On the basis of these values, I offer the future president of America, Donald Trump, a close working relationship.”

A brave and clear message of the values which have united us across the globe. We have taken these values for granted. What the Department of Education call British Values are actually values underpinning the United Nations since World War Two. In my lifetime so much progress has been made towards achieving Merkel’s vision of respecting the dignity of people across the world. But we have this year, with Brexit and President Trump, reached a water shed. Political commentators are writing a myriad of columns on this trying to understand the zeitgeist which appears to be gripping the developed world, apparently repelled by the impact of globalisation.
For me, the challenge is what does this mean for the education of our young people? How do we prepare them for a world which is increasingly different from the world we have known? How do we help them view their future optimistically? I have been reflecting on this and wondering whether we need to rethink our vision of education focussing on our island History and the national interest. It took very little time for me to come to the conclusion that not only is this the wrong thing to do, being regressive and parochial, it actually would be morally the wrong thing to do. No nation of the world can vote to cut themselves off from the world. Isolationism and self interest merely serves to increase international tensions and sour relationships. It also encourages a survival of the fittest approach between nations which cannot but remind us of the dark days of Merkel’s homeland back in the 1930s.
So for me, the educational imperative is clear. We ARE educating our young people as global citizens. Never before has tolerance and understanding been so important. Our aim is to educate generations of young people who can be change makers, reaching out rather than looking inwards, who really care about everyone whatever their colour or creed. As we teeter on the brink of an uncertain future, let us remember the words of a man who epitomised Merkel’s values:

“Education is the most powerful weapon which you can use to change the world.”