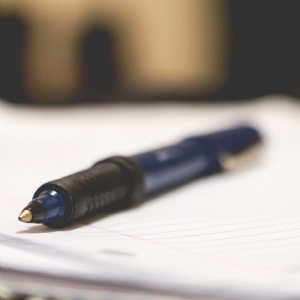 Year 6 were asked to imagine that they were Billy, writing a letter to his brother Joe, telling him about what Joe has missed since he died.

I’m writing to let you know what has happened since you left us. How I’ve been to war twice and how I’ve come back both times. How the first time the family was so pleased to see me. How the second time I got the bad news, both of my fathers and my entire family had been killed. Dad first, then you, then the rest of them. How I went off the rails but came back to my senses and practically raised my own kid. It’s been so long since I talked to you, I wrote it in a letter instead.

Let’s start off simple. A day after we got the telegram, I joined the army. For a long time it was left and right, up and down. But after a while we got sent to South Africa. First thing we did, walk off the ship and set up the hospital nearby. There were so many wounded people Joe, so many. The next thing that happened was we got taken away. By the Germans, just like that we were prisoners of war. I met a guy. Real nice he was. His name was Robbie and he took care of me just like you did. He always reminded me of you. Strong, reliable and happy, happy all the time. We played football together, with the Italians who guarded our place. Most of them were nice, Paulo especially, and we got along. After a while they got a bit fidgety, like something was going to happen. And it was.

Robbie and I woke up one morning to find the gates for our POW camp had been left open. We wandered around clueless and feeling misplaced until eventually one of our fellow prisoners told us the news. Italy was out of the war. I didn’t know what to say. I didn’t know what to feel. Happy, confused? ‘Oh yay’ or ‘excuse me?’ It didn’t matter anyway, we just made our way around until eventually we found a girls house in Italy. She was beautiful and I couldn’t take my eyes off her. They offered us a meal and of course we said yes, we left after a while but I was stupid enough to leave my army jacket behind. I was cold so I wanted to return and get it, it was a mistake. As soon as we turned around we saw a murder, the murder of Lucia (the girl) and her mother. We just turned and ran, it didn’t matter how cold I was. At least we made it home. That’s the only at least.

I got home. I didn’t tell them so when I came in it was a complete surprise. They were all so happy, but deep down they all knew I would have to go back. And I did. The next week, and this time we weren’t taken prisoner. I drove ambulances around and buried the dead men and women, daughters and sons in the mass graves. Every day was the same thing. Drive, bury, drink. The last part, drink, was the best part of the day, by far. It wasn’t like I was drunk, just I didn’t have so much to worry about. When we weren’t needed anymore I decided to go back home. To mum to Ozzie, to Emmy. As a surprise again of course. That was a mistake. I got home and no one was there, nothing was there. The last bomb they said, the very last. That’s when I really started to drink. I drunk and wandered, I had my demob suit and my disability pension form when I nearly killed myself. I drove onto a land mine, blew up the ambulance, I’m lucky to be alive. I smashed up my leg pretty good. I can never play football again now. all thanks to me.

After getting arrested and staying the night over and multiple police stations I went back to London. I lived in the basement of the house next to ours. It was nice down there. In a home kind of way. But then a young couple came and bought the house. They were nice. Real nice. They let me stay in the basement until the lady got pregnant. Then they let me stay in a shack in the garden. Their  kid, Sam, was amazing. A real bundle of joy. We played football with a tennis ball, just like I did with dad, and he was good, really good. He played for Chelsea Football Club. When he was older of course. By that time I was already all moved in at Chelsea pensioners. Jamie had said that in winter I couldn’t just live in the garden. That’s when I met Robbie again. Such a coincidence, but he had always been a Chelsea fan so I don’t know. He was as nice as ever, it didn’t matter how old he was. But that’s my story, maybe you could tell me yours sometime.

It was nice writing this down. After all these years. I’ve been wasted really. Until I met Maddie, Jamie and Sam. I hope you're having a good time. Catching up with dad and Ozzie. Wonder what he thinks about him. You know with remarrying and stuff. I don’t know. You’re lucky you know being with the rest of the family. I wish I was. Maybe I’ll join you soon.