Masha explores the life of Billy the Kid through letter writing 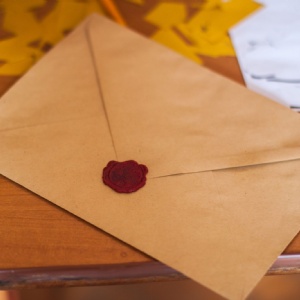 Year 6 were asked to imagine that they were Billy, writing a letter to Joe, telling him about what Joe has missed since he died.

Masha did a great job of getting into the mind-set of Billy in their letter:

I am writing to you to explain what happened after you died. A lot was going on in our family after that.

Everyone was sitting in the kitchen, silent, once we each read the telegram. Only on Emmy’s face, tears streamed down like a spring. I decided to leave, and fight in the war, just like you did. I made good friends with a man called Robbie. In the war, I got captured, along with Robbie and many other soldiers. Once we were all told that we could leave the prison of war, I went back to England. This was going to be the second time I came to visit. As I passed familiar streets and homes, I jolted to a halt. The house that I grew up in, the house in which I thought Mum, Emmy and Ozzie were, was gone. The neighbours informed me that the house was bombed, and my family killed.

That very day was the end to my normal life- everything changed. I began to drink. Sitting on cardboard boxes, with a bottle of beer in my fist, I watched how people dodged me as they walked past the streets. I soon found myself shelter in a basement of one house, which hasn't yet been bought. One day, a young couple moved in, Maddy and Jamie. I was worried that they would kick me out, but they said that I could stay. When Maddie had a baby, I was moved out to my very own shed in the backyard. Maddie and Jamie had to find a way to get me to stop drinking, as they didn't want their son to see me drunk. They decided they would limit the amount of beer I can have a day, to two bottles.

I have been through many things now, as you can see. Yet, one thing still bothers me in my mind. Joe, are you proud of your me?