Liam writes letter to Joe from Billy the Kid 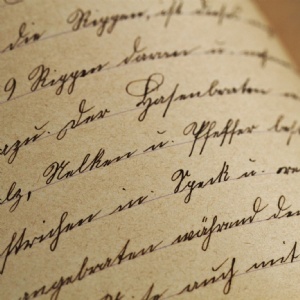 Year 6 were asked to imagine that they were Billy, writing a letter to Joe, telling him about what Joe has missed since he died.

I have written to you because I wanted to tell you what has happened since you left us. First of all as soon as we got the telegram I went and sat on your favourite park bench and cried like a baby, the next day I joined the medical unit. I thought I would be doing something for you. Anyway on the first day we had to bury hundreds of thousands of men and as soon as we had finished we got rounded up by the Germans! We were now prisoners of war! I met some Italians and we all decided to have a football final right there! The Italians started getting fidgety and we knew something was wrong. The next day we woke up and the place was deserted! The gates were left wide open!

We were free! Robby (a friend of mine) and I decided to try to get to America so we went up to the mountains and started walking. We met a kind young lady and her mother, they helped us but the Germans found my coat and shot them dead. Those were the consequences back then. We started running and eventually met some French resistance fighters, they helped us back home and I surprised the family.

Less than a year later I joined the same unit. We drove ambulances to Jewish concentration camps and helped them. I was told to stay on the road but it was so muddy that I went off… that’s all I remember. Later they told me I was lucky to survive because I had driven straight into a mine! I was going to surprise the family again but I found the house in ruble. For 15 years after that I wandered a drunk lunatic. I decided to go to London where I met a nice family.

Love from your dearest brother, Billy.