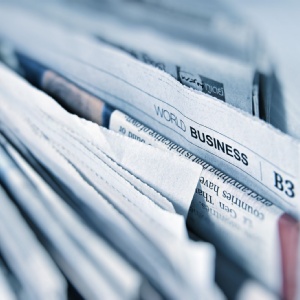 If a newspaper or magazine article is biased, it means that it takes sides and does not give a fair representation of both sides of an argument.

If a newspaper or magazine article is balanced, it means that it does not take sides and it considers both points of view in an argument or situation equally.

Year 6 were asked to have a go at writing two articles, one that presents a biased opinion of a news story and one that gives a balanced opinion. See Amy and Felicity's work below:

Yesterday, 10.3.2021 Emily Jeeves was injured during her ‘double back tuck twist out’, she said that she was not properly trained and her coach made her perform this trick. We listened to her parents and they said that they will be removing her from gymnastics and think it’s wrong for a young girl to be trained by any coach. Was this coach mad? Alice Turner, Emily Jeeves’s gymnastics coach has something wrong with her. How could she send her out there with no training? We advise you to never learn gymnastics. You could be permanently injured! Emily Jeeves was a young girl, not properly trained and thrown out there. You would’ve thought they wanted her dead! Parents, DO NOT send your children to gymnastics lessons!

GYMNAST INJURED WHILE DOING DOUBLE BACK TUCK TWIST OUT

Emily Jeeves was injured yesterday on the 10th of March while doing her double back tuck twist out. She quoted that she was unprepared and her teacher didn’t teach her this trick properly, however Emily's coach, Alice Turner said that she had trained Emily fairly well but advised her not to do this trick. She also said that Emily herself chose to do this trick and that herself (Alice) had forbidden Emily to pull this stunt. Emily’s parents have chosen to pull Emily out of gymnastics as they are worried she will be injured again by doing a trick. The judges are not sure who is telling the truth but have lowered Emily’s points and have removed Alice's team from the competition. Emily said it was entirely Alice’s fault whereas Alice has said she had nothing to do with it. What do you think?

Last week, my favourite pop star had the audacity to cancel all his concerts so he could go shopping! I mean he is rich - I’m sure so as fans like me will buy special tickets - so why can't he go shopping when he isn’t supposed to be singing at the concert that I paid for.

All of his fans are appalled, what kind of influencer would do this! Just so he could buy some new designer clothes for his new house! No longer my new favourite singer, I should expect a drop of followers on all social media accounts. He has shown himself to be a selfish man who doesn’t care about his audience.

Last week, pop star and singer Jasper-Lucian cancelled all his concerts to go on a shopping trip. Many fans have been feeling upset that they didn’t get to see his concert, but many also say that he is the singer and he decides. The situation has led to many fans unfollowing social media accounts or cancelling subscriptions to merchandise.

Jasper-Lucian claims to be ‘called by family’ so he didn’t have a choice. Adding to this he says all fans who purchased tickets will be issued a full refund, so no harm was done financially. Many are in favour and respect his decision saying that ‘he can choose’ and ‘it not your decision’. So whether you decide to keep being a fan is up to you and your view of this situation.