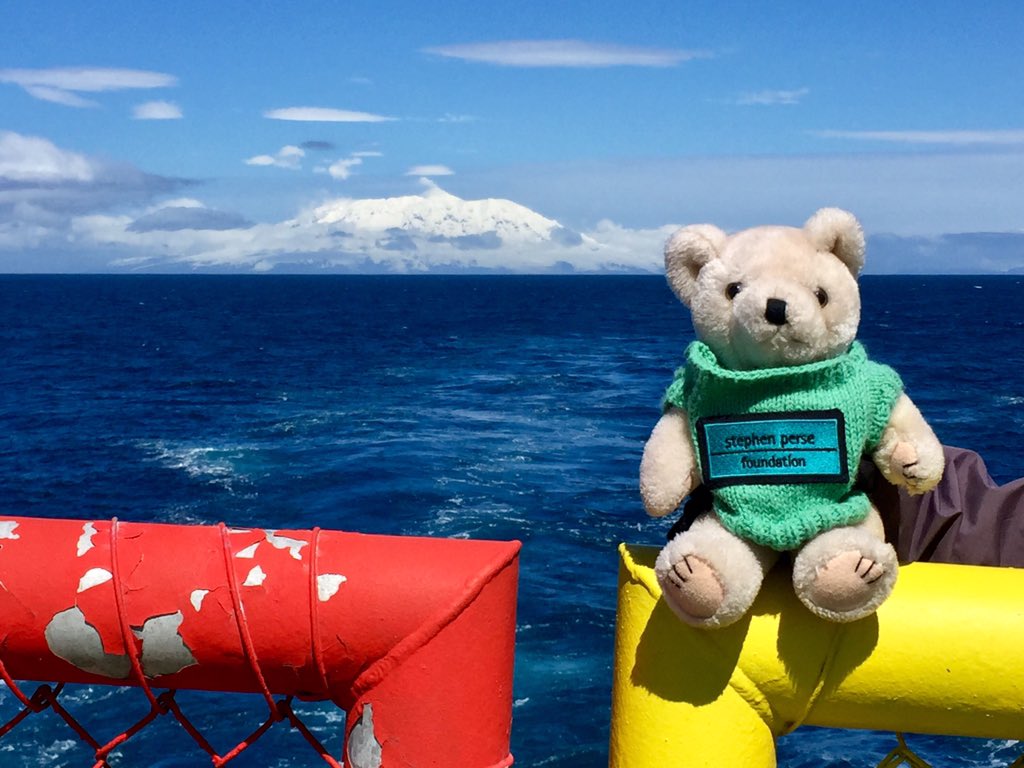 A special guest from the Stephen Perse Foundation Junior School in Cambridge has given a helping paw to scientists on board a pioneering mission in Antarctica.

SPF Bear has joined Sasha Borodin, a parent whose daughters are now in the Senior School, as he takes part in an unprecedented expedition around Antarctica to explore its biodiversity.

The three month trip, run by the Swiss Polar Institute with scientists from around the world, will focus on climatology, biology and oceanography to gain a better understanding of Antarctica - and SPF Bear, who usually lives at the Stephen Perse Junior School in Cambridge, received special permission from Head of Junior School, Katie Milne, to help.

Having packed his warmest clothes, including a school jumper knitted by Junior School Science technician, Jo Minion, SPF Bear set off for the three month long adventure on December 18. After flying to Cape Town in South Africa, Bear set up his bunk on Akademik Tryoshnikov, a Russian research vessel.

SPF Bear then started the New Year on Possession Island with a group of scientists and hundreds of thousands of King Penguins, and has since visited the French speaking Kerguelen Islands as well as Australia's Heard Island.

His adventures will continue around Antarctica and the subantarctic islands until March when he will return home with Mr Borodin, full of tales about his time away.

Katie Milne said: “It’s really exciting that an SPF Bear is on a major expedition once again. Over the years, it has become a custom for one of our School Bears or House Bears to accompany Mr Borodin on polar expeditions and recently Kennett Bear went to Greenland!”

“We look forward to hearing about SPF Bear’s adventure when he and Sasha return in three months’ time.”