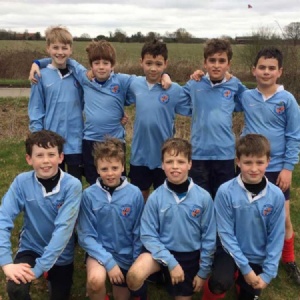 The Dame Bradbury's U11 team made the short journey to Saffron Walden Rugby club on Sunday to play their first match for a few weeks in preparation for the National finals in a few weeks time.

A closely contested first half against a big Saffron Walden side saw us dominate possession and score three good tries in return to the hosts one. Some excellent tackling and organised defence ensured that the boys took a lead into the half time break. With a completely new side starting the second half for Saffron Walden, the boys took a while to get going but as the half progressed, our fitness shone through and when we managed to spin the ball wide our pace proved too much for the host side meaning we ran in six unanswered tries.

It was an encouraging performance which gives us a good platform heading into next weekends match against Wendens Ambo rugby club.