Having qualified for the finals from the Midlands regional qualifiers, the boys entered the tournament in great spirit. Despite receiving some late news that unfortunately we were a player down due to illness everything was to play for. A round robin format was the order of the day and we were placed in a group with St George's from Weybridge, Widford Lodge from Chelmsford, Eversfield in Solihull and Ludgrove from Wokingham.

The opening game of the day was against St George's and in what was a closely contested game, with some great rugby played by both teams, the Dame Bradbury's boys came out on top with a 1 try to 0  victory. The second match against a familiar Widford lodge side whom we had previously played earlier on in the season, allowed the boys to score a number of tries with the match ending in an 8 tries to 1 victory for Dame Bradbury's.

Our third match was against Eversfield from Solihull. In what was an extremely physical match with both teams applying pressure on the oppositions try line throughout, we took the lead early on, only for all of our hard work to be snatched away from us in the final play of the game. With us camped on the Eversfield try line, a kick over the top to relieve the pressure from our opponents, saw the ball bounce cruelly into the arms of one of their onrushing players who ran clear and scored in the corner. Match over, 1 try apiece.

The final match of the day was against an impressive Ludgrove School from Wokingham. Once again another physical contest saw the boys play out of their skins and match the opposition for the majority of the game. With both teams scoring early on, Ludgrove then took hold of the game and their powerful runners and good handling skills saw them run out winners by 4 tries to 1.

This tournament brings to a close what has been an amazing season with the boys. A great day was had by all. Well done to all of the players who gave their all and many thanks to all of the friends and family who came along to support us. 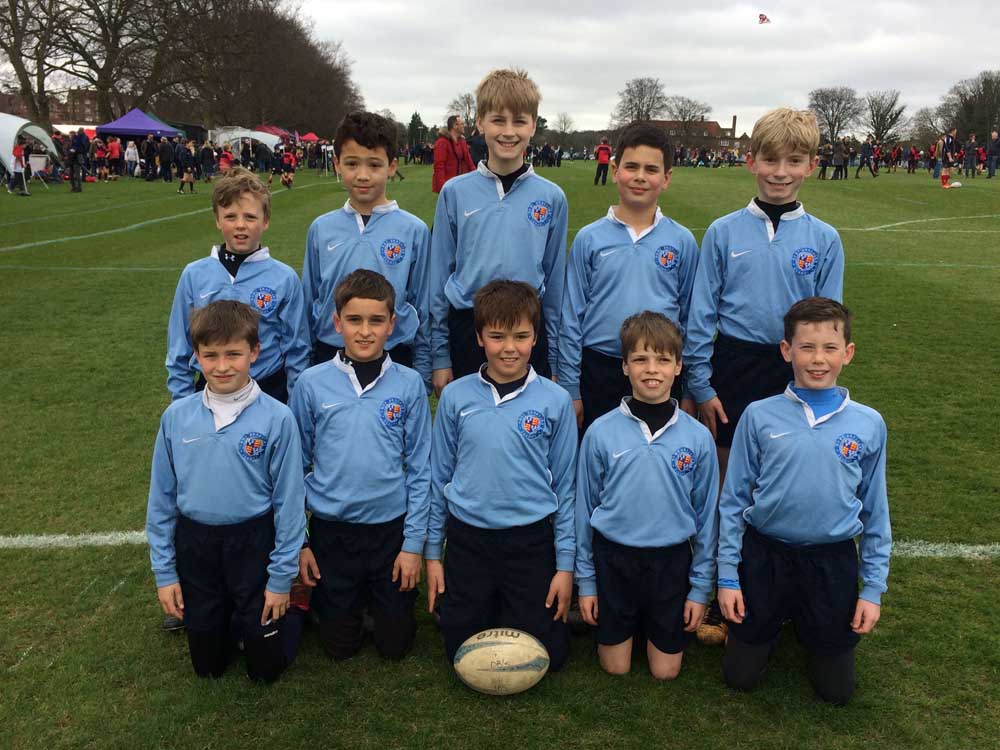 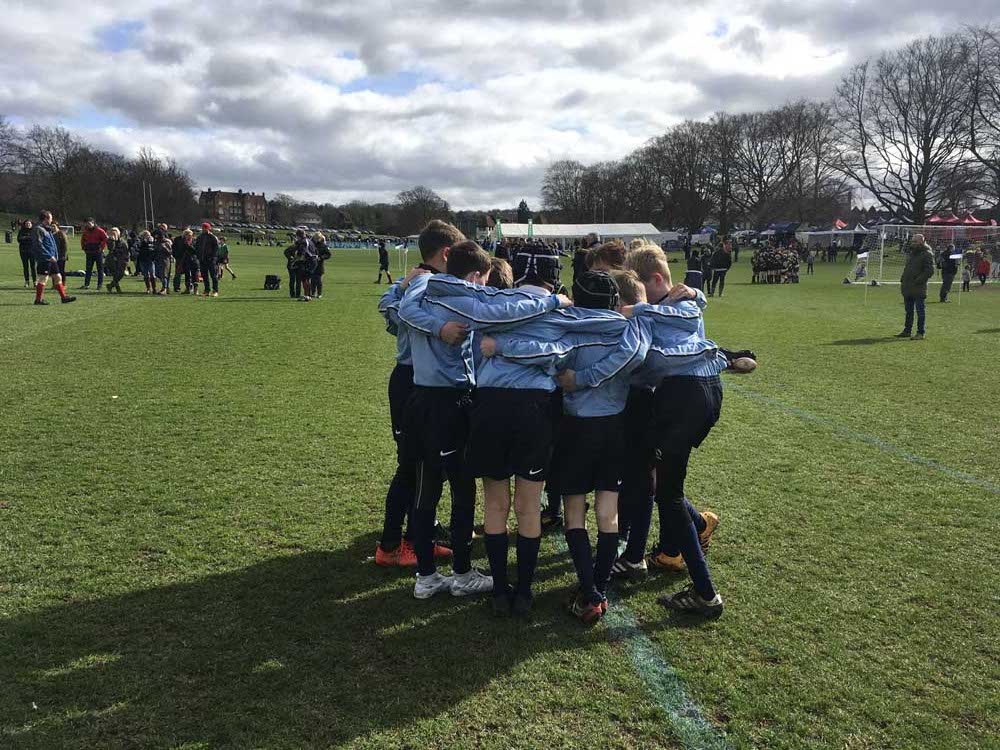 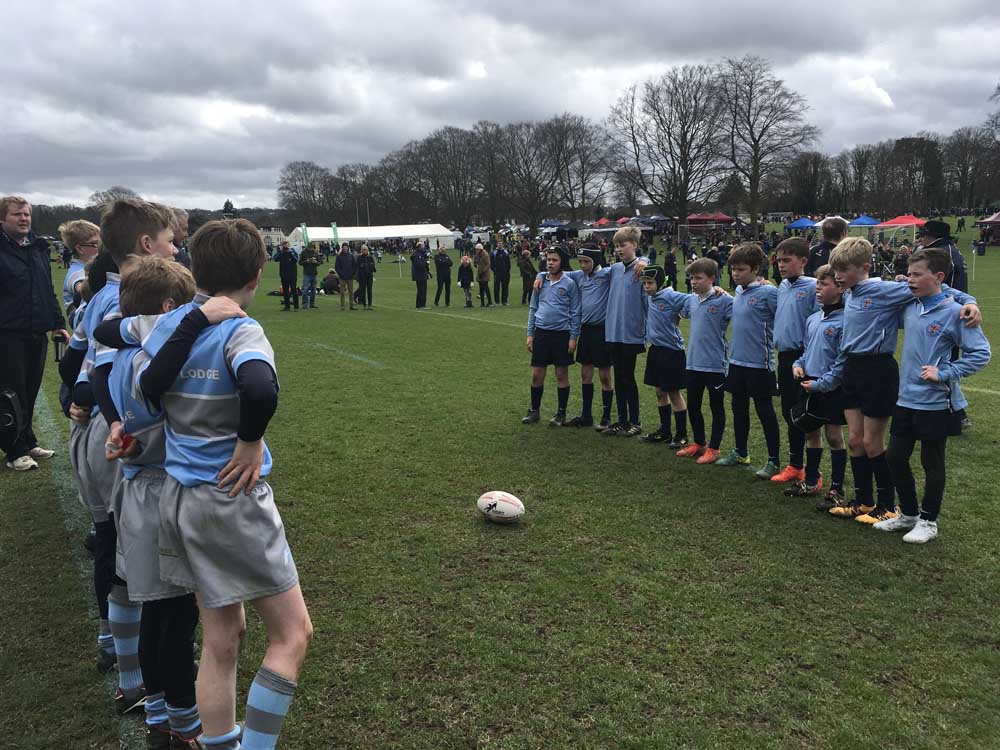 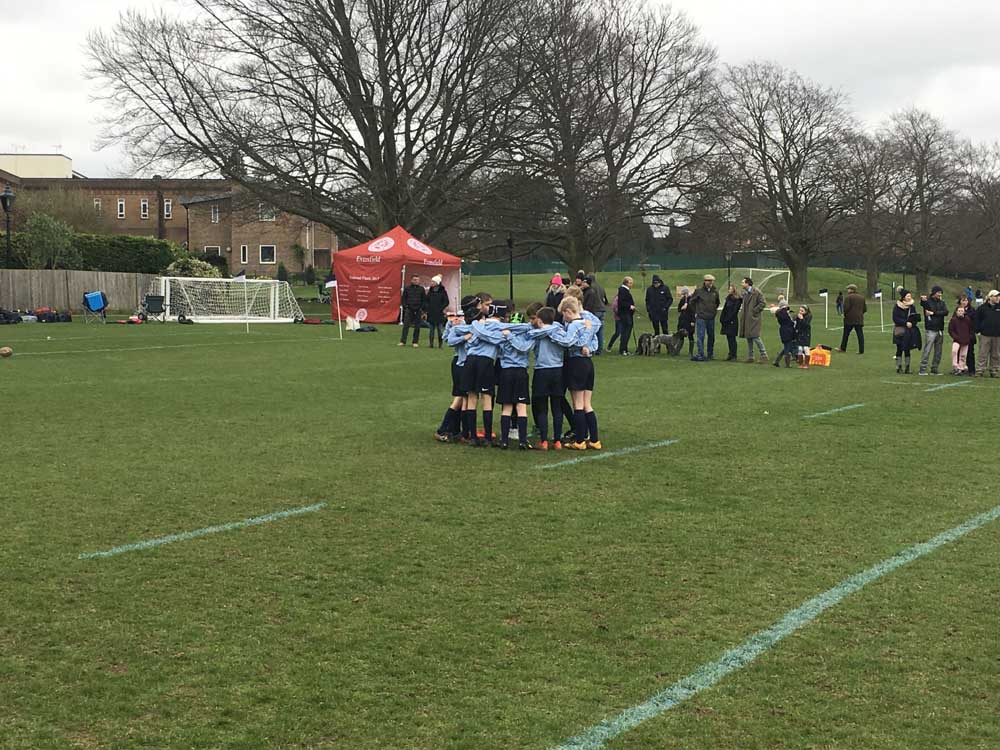