Two teams from the Stephen Perse Foundation have won prizes at the Regional Big Bang Fair, a celebration of science, technology, engineering and maths (STEM).

Students from Year 12 and Year 9, who had already had success this year at the Go4SET and EES Schemes, took three projects to the Fair held at Anglia Ruskin University on 28th June; a water management system for refugee camps (Year 12), an 'Ecosort' system to sort plastic cups (Year 9), and Qtech, an electronic lunch queue management system (Year 9). 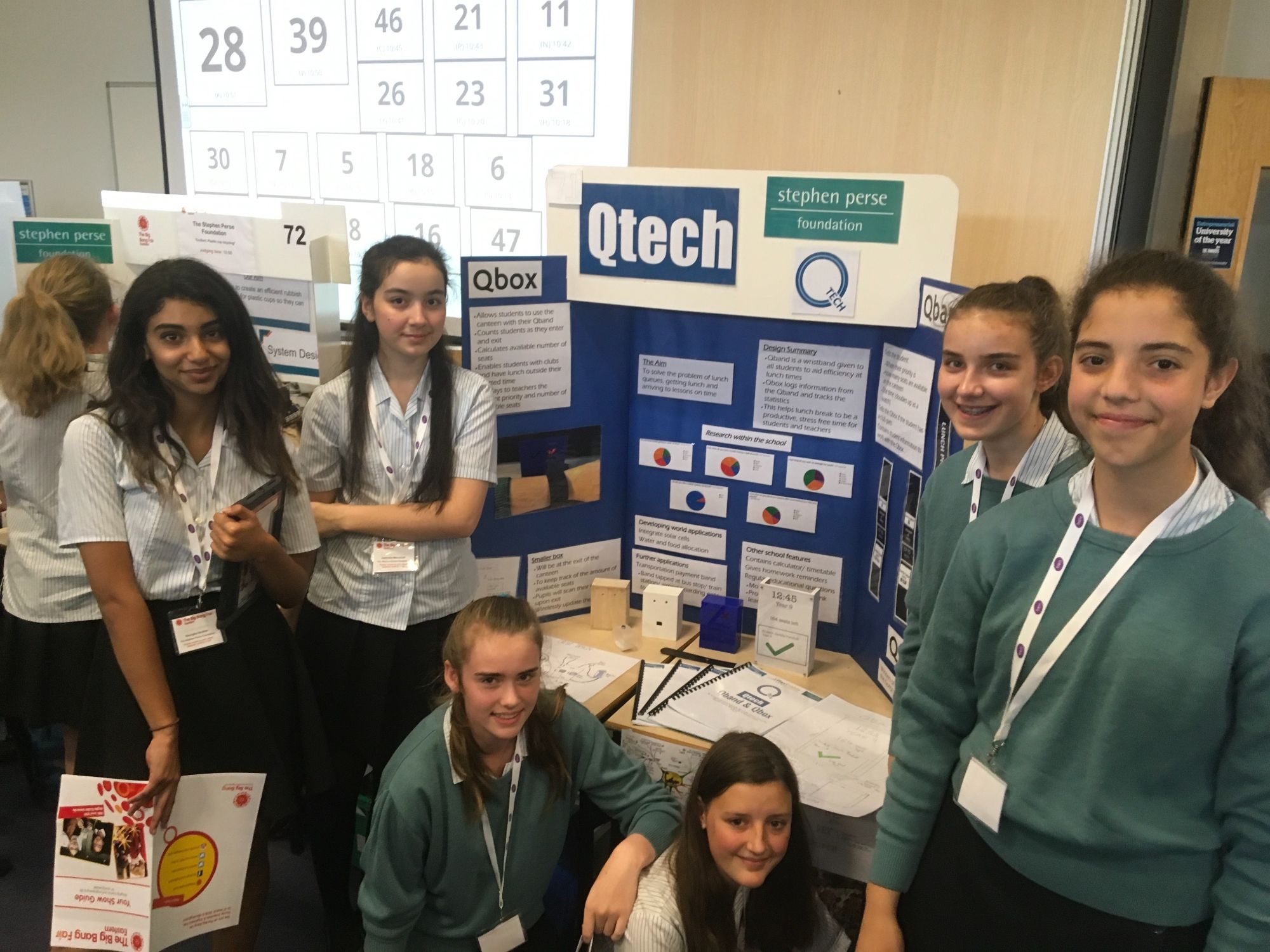 The Year 12 project had already won a prize for their water management system and also won the Best CREST Gold Project at the Fair. The Ecosort system also took home the Best Engineering Project award and both teams have now been invited to compete in the national Big Bang Fair finals at the NEC in March 2018. 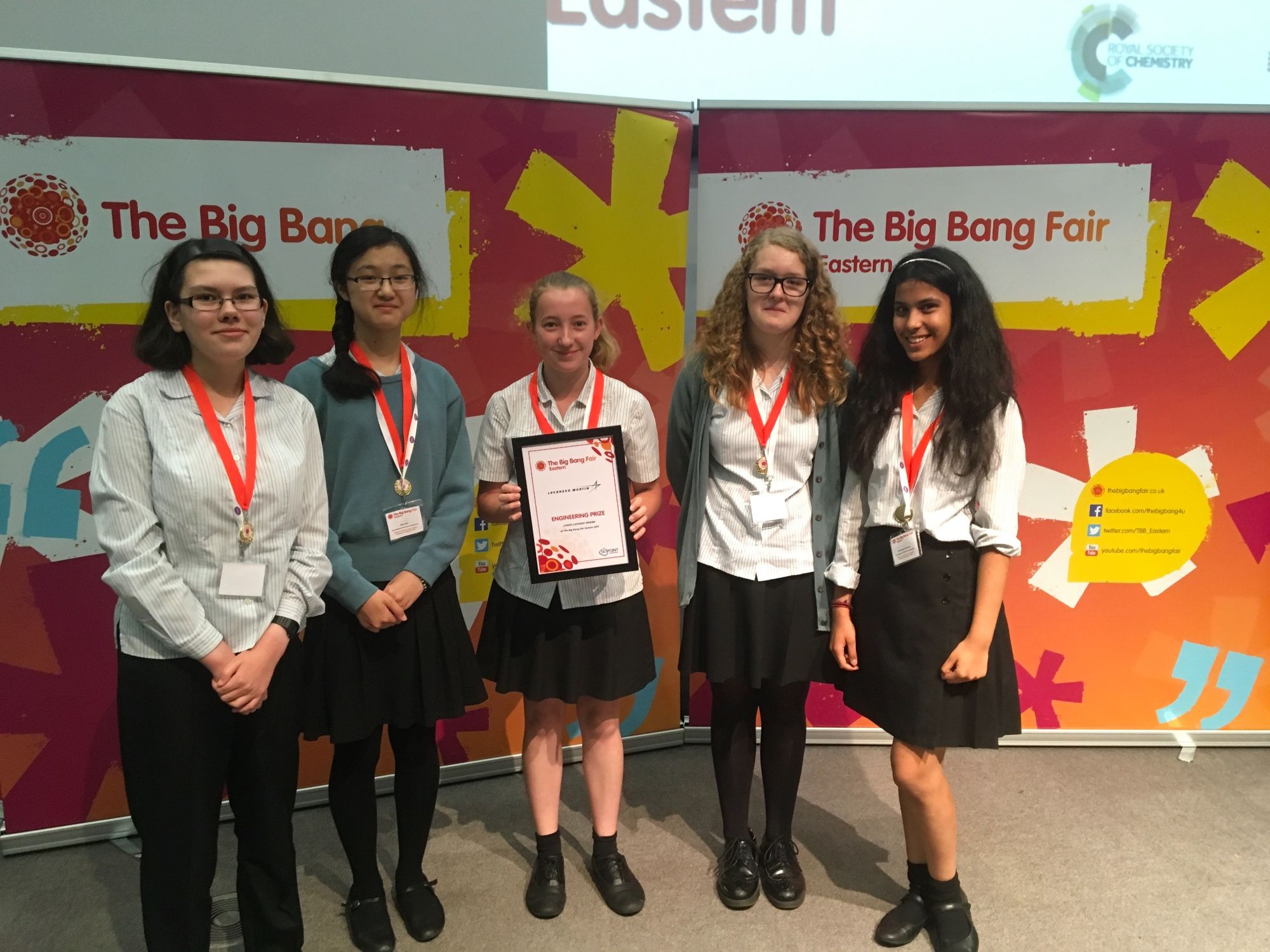 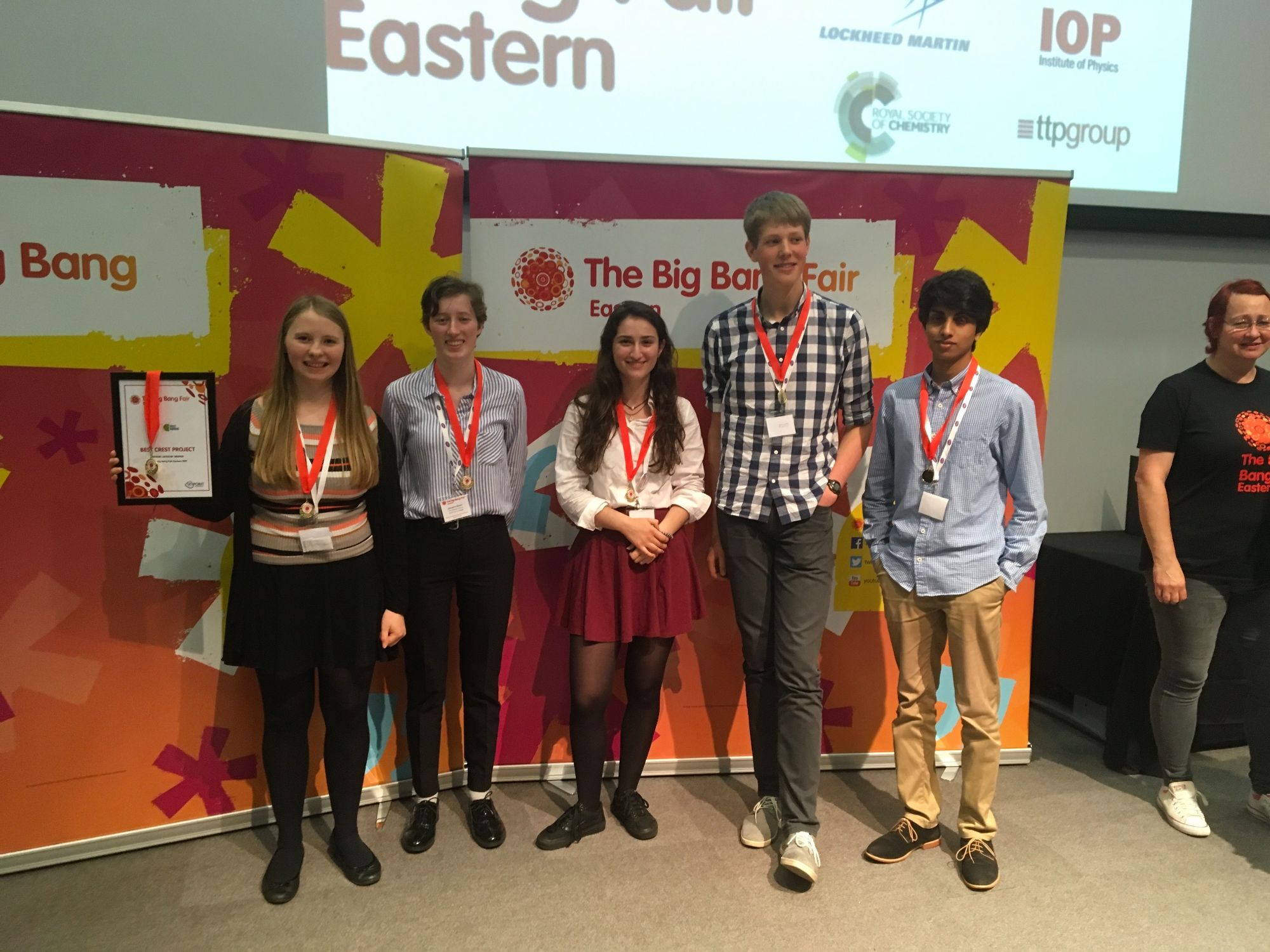 The Qtech team also put on an excellent presentation but unfortunately did not take him a prize this time.

Roger Bett, Design Curriculum Leader, said: "It has been a most successful year for our STEM students and I have been so impressed with the dedication and hard work from these students. I am already looking forward to what next year will bring!" 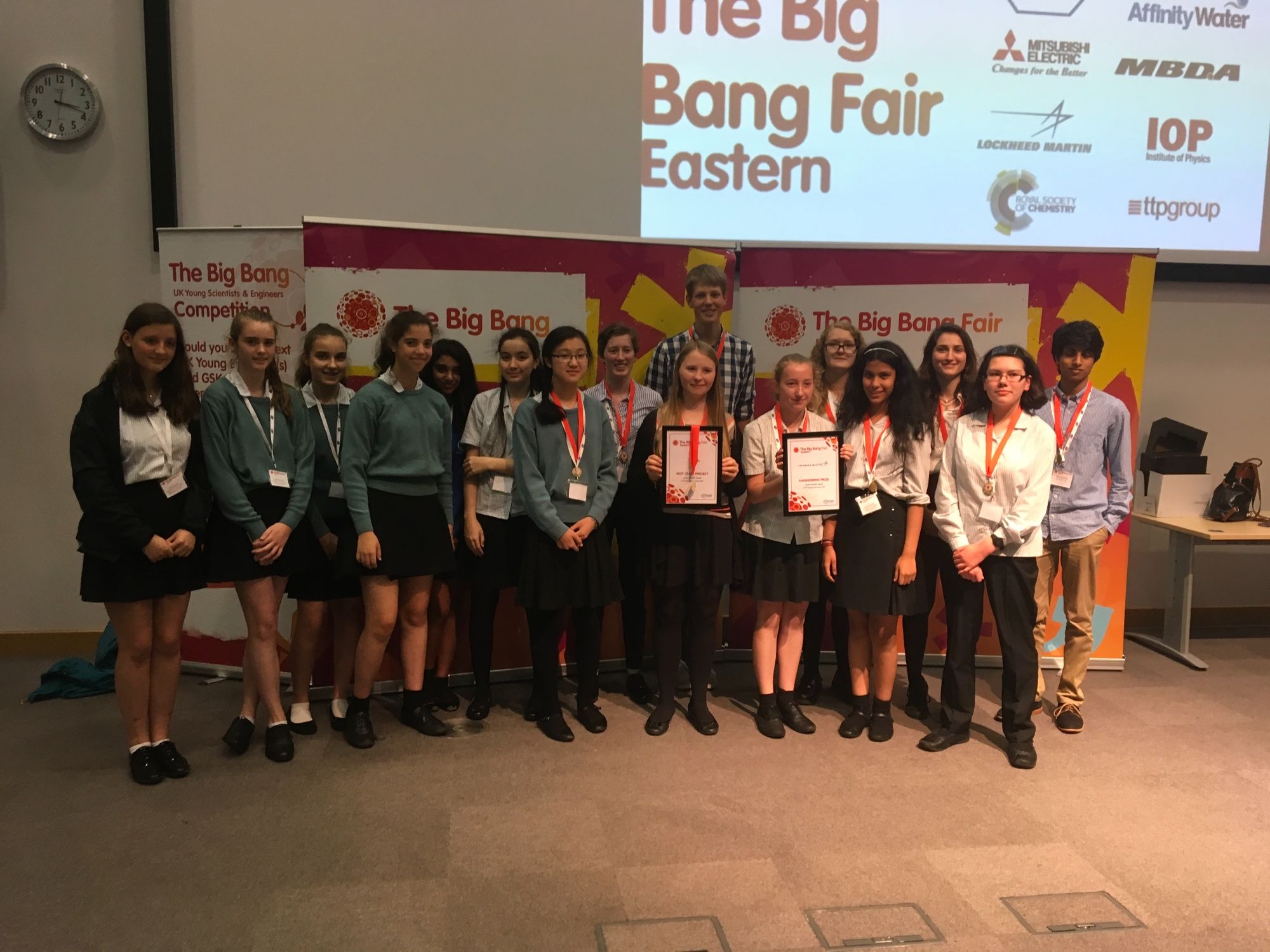