Creative and Historical castle project by our Year 7s

As part of their history course, Year 7 put their creative minds to work to make a castle whilst being as imaginative as possible. They more than lived up to the task with castles made of Lego, cardboard and even cake! Here is student Sammy Moore's take on the project:

As a Christmas Holiday Challenge, Year 7 were set a project to create a castle in whatever form they wished but with an emphasis on historical accuracy, creativity and ingenuity. There were a large variety of finished projects, all very different some were models, some labelled diagrams or draw drawings some photographs although sadly there were not many bakes. The idea wasn’t to do it with help but to do it individually. Some were made of wood (like mine), some of cardboard, and others were very inventive involving lolly pop sticks. Some were very large and some smaller, but it didn’t matter; for example Lily’s (shown below) was so big it even had mini animals inside. Our teachers were impressed with the detailed engineering features on the castles: portcullis’, drawbridges, working wells, concentric walls and even catapults. From the quality of the drawings you can tell we have some very artistic people in our Year with incredible detail, realism and imagination. And now they are on show in the new build. Medieval meets twenty-first century.

Check out some of the castles below. 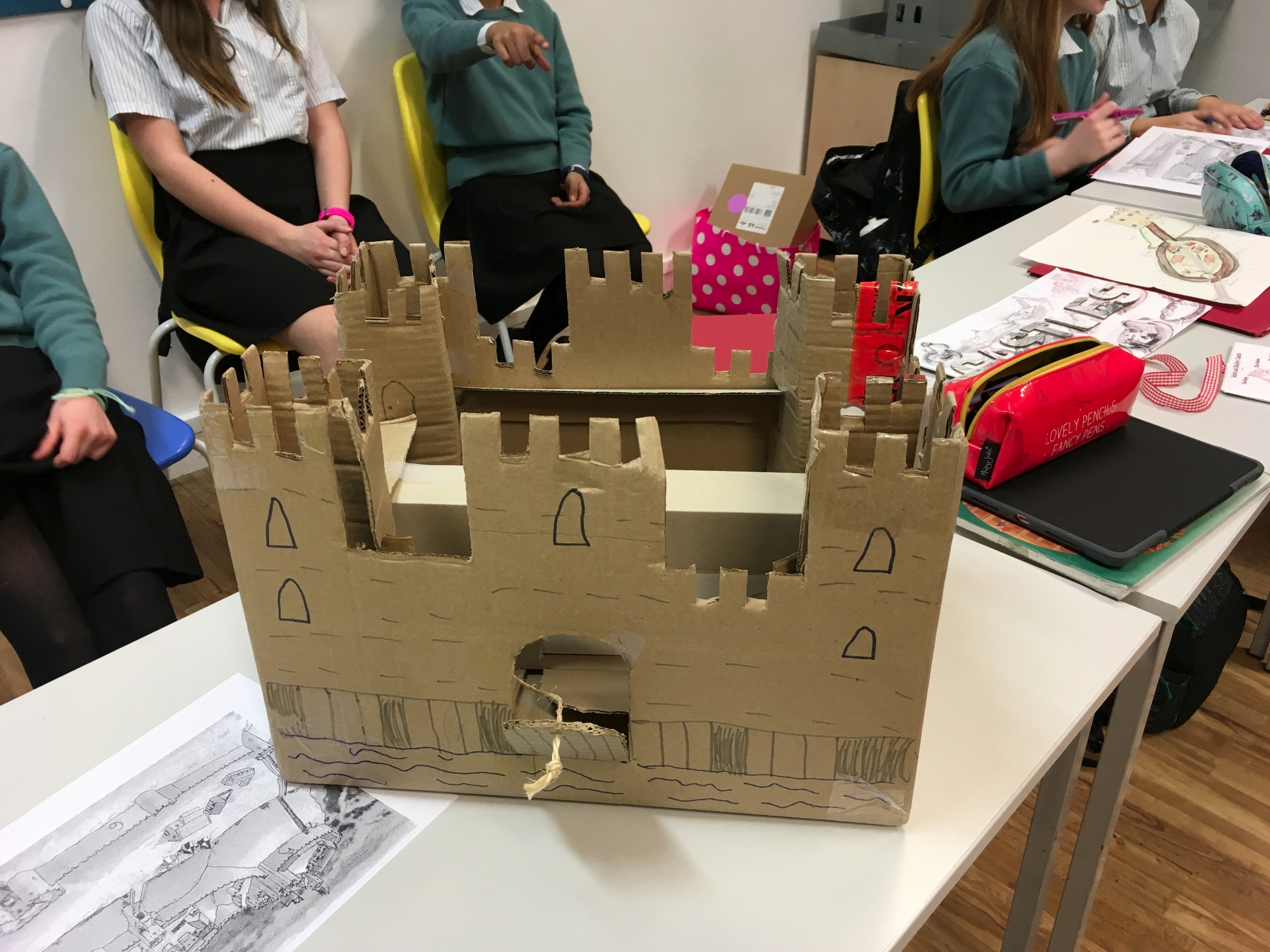 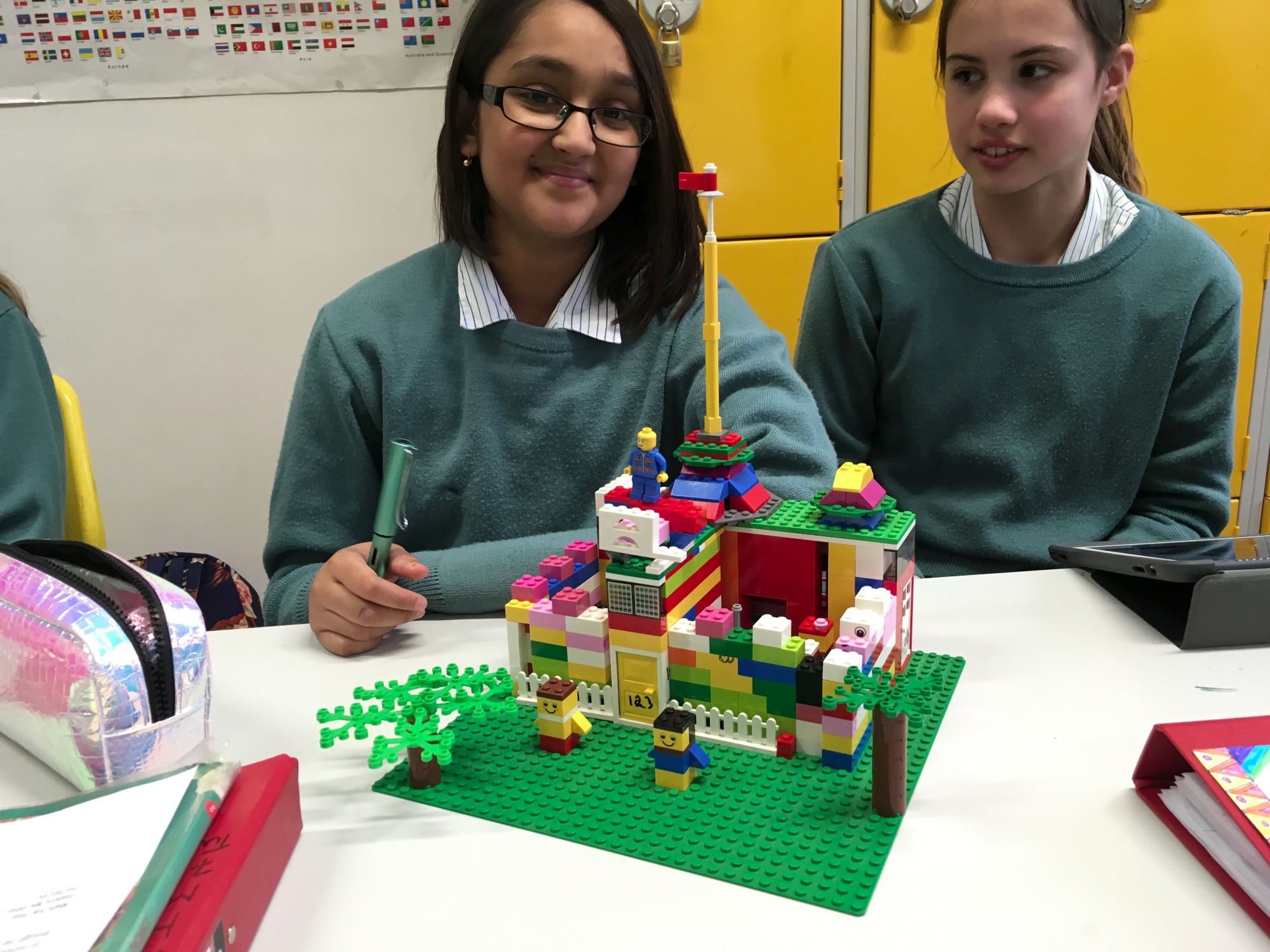 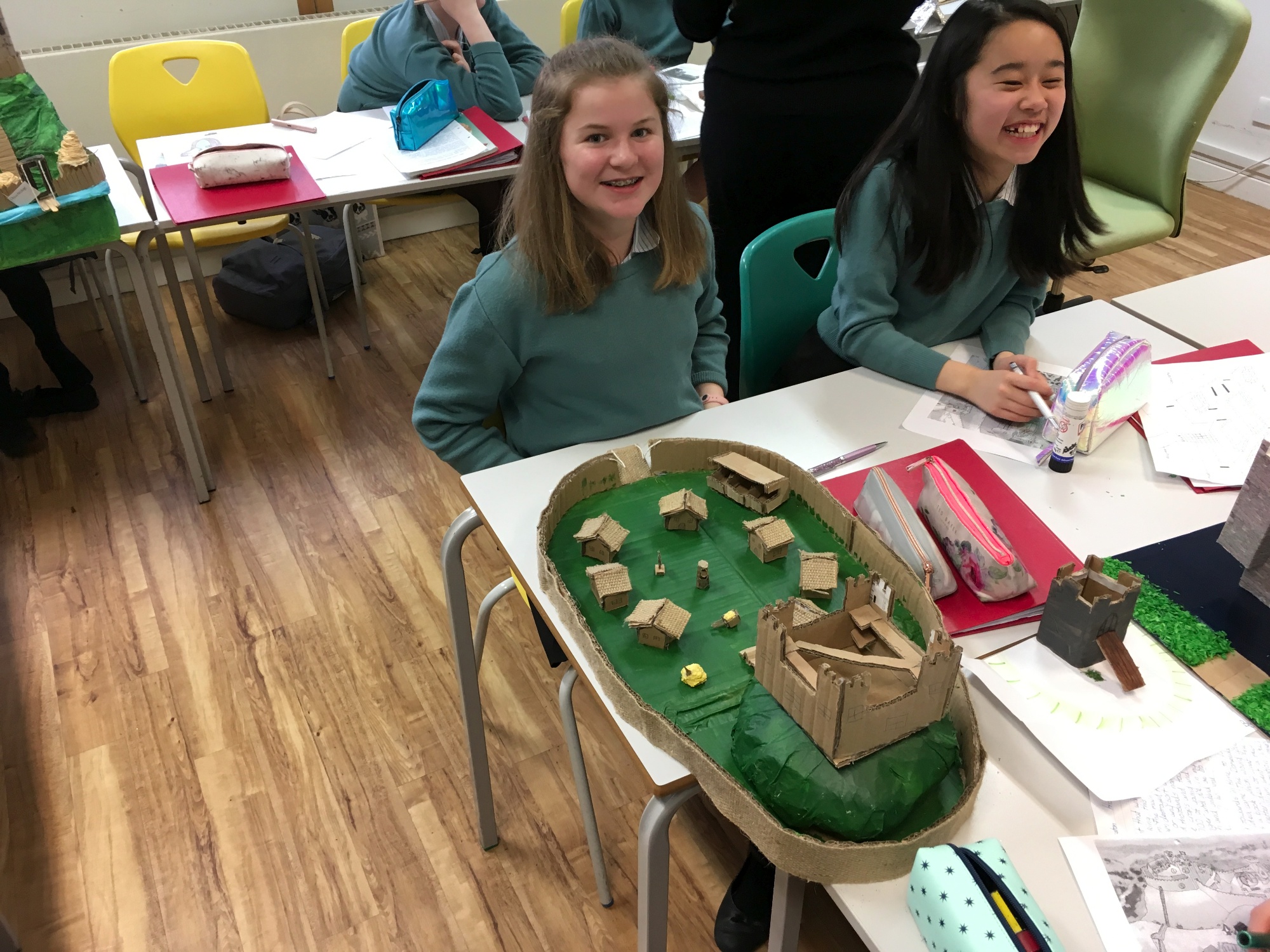