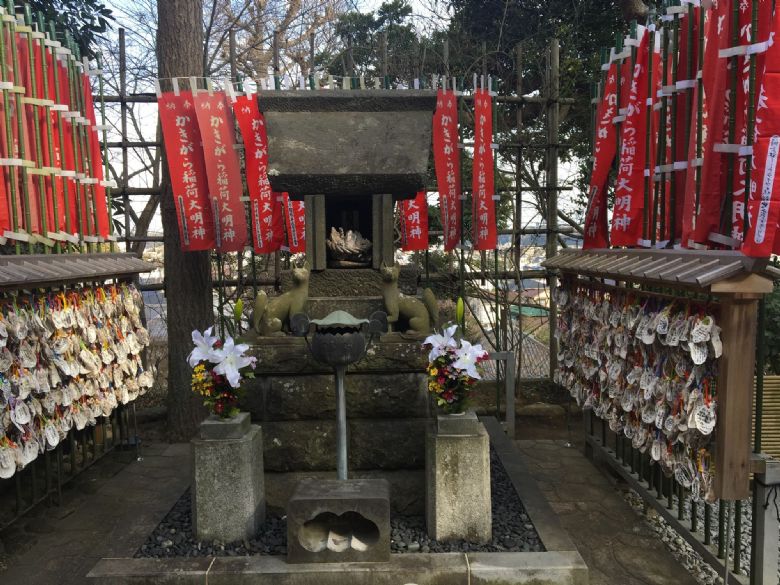 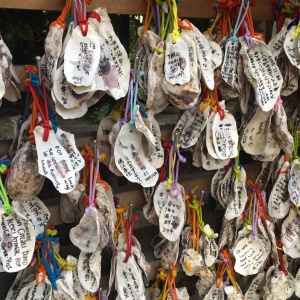 Today we were at school for the morning and visited Kamakura in the afternoon.

At school we had lessons in Caligraphy and tried to write our names in Kanji. They taught us how to use the brushes and made sure we did the brush strokes in the right order so the characters came out the best we could do in the limited time. We practised using both big and small brushes for different size characters. We were allowed to keep them and they were put in a special frame for us. 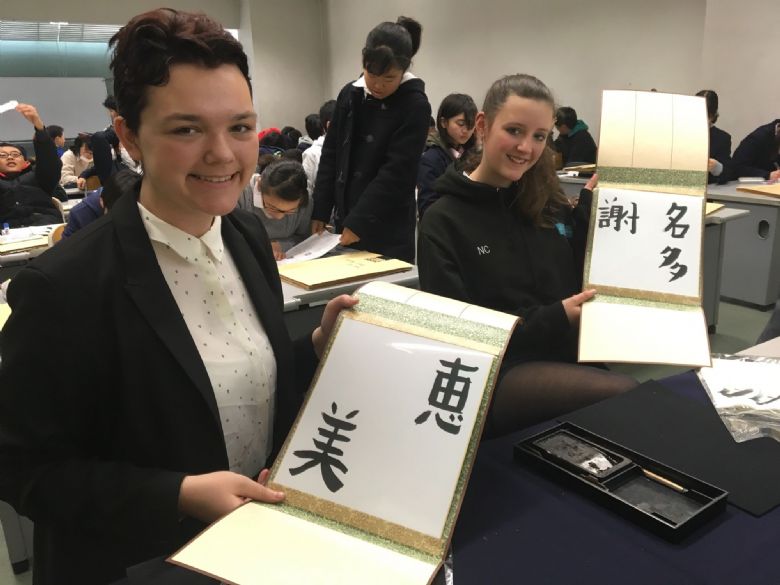 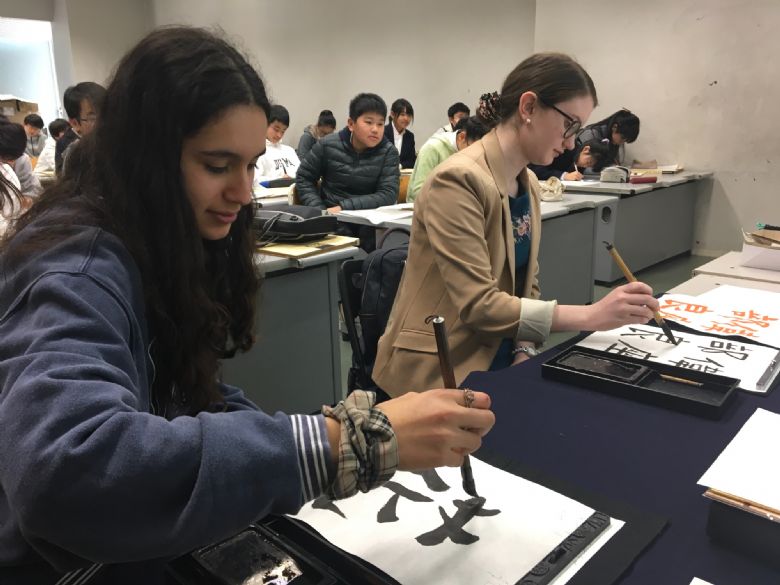 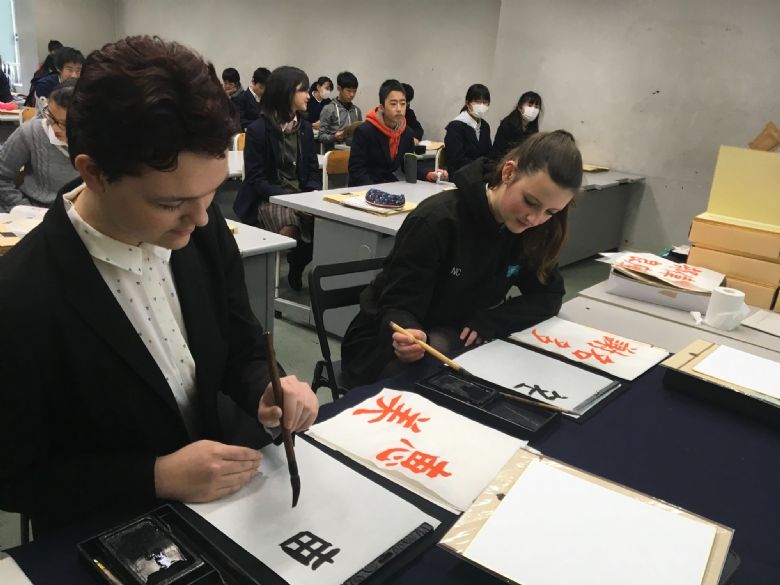 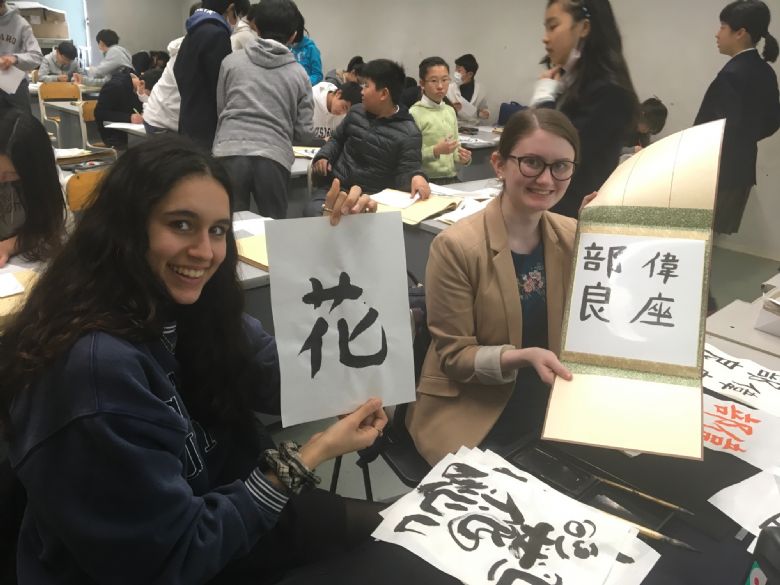 We also had lessons called ITC in the computer labs. We were allowed to help the students with their articles that they writing and helped with their grammar to make sure that the sentences sounded natural.

After a short break we had a Japanese lesson, where we reviewed and learnt some important phrases as well as got told a bit more about Kamakura and what we were going to see. After the lesson we had our lunch and set off to Kamakura. 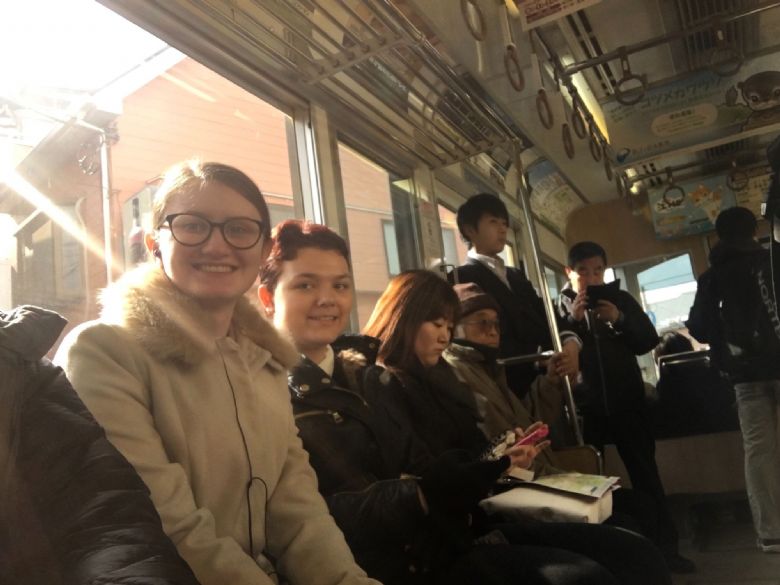 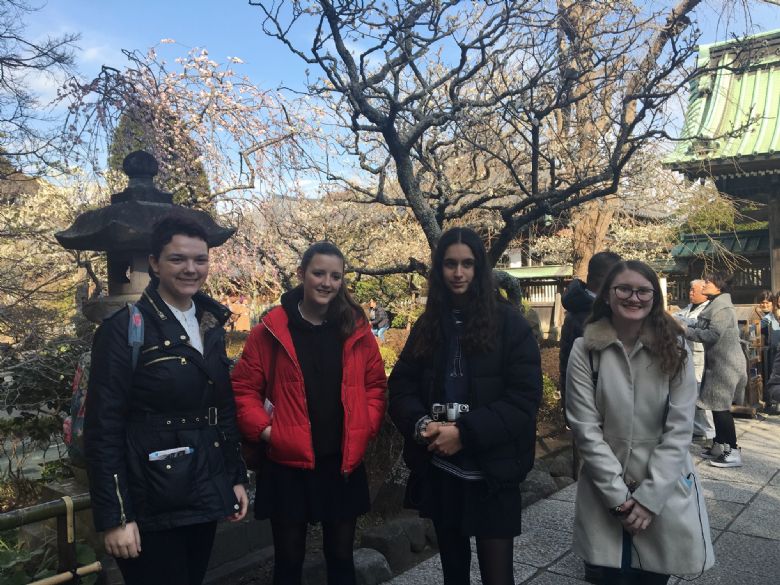 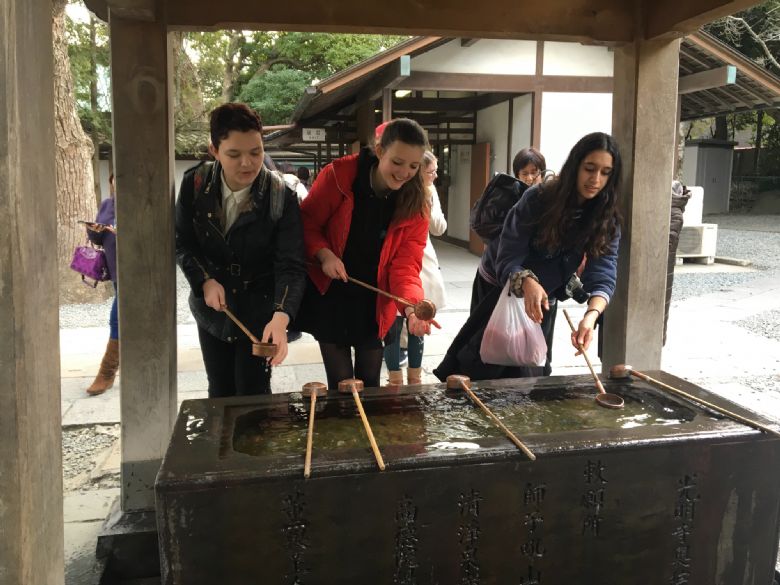 Our first stop was a beautiful temple called Hasedera Temple. At Hasedera there was these statues that were dedicated to children, especially lost children. It also had a good view of Kamakura as well as the ocean. We took a lot of photos of around the temple and the view of the bay. 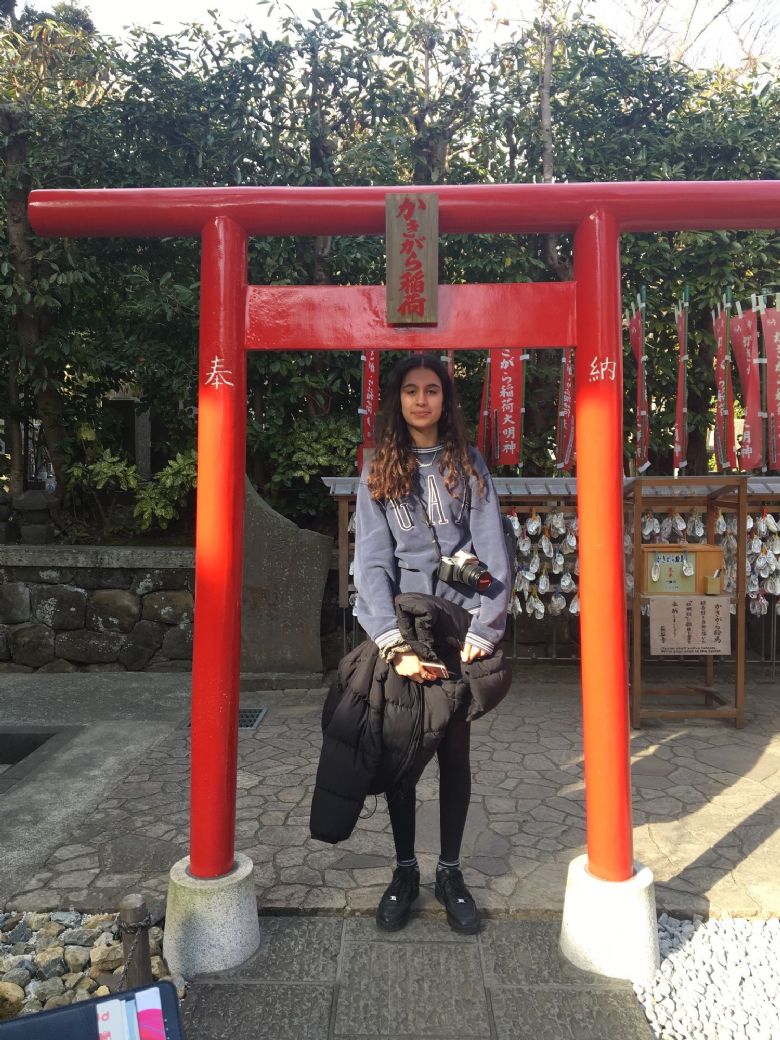 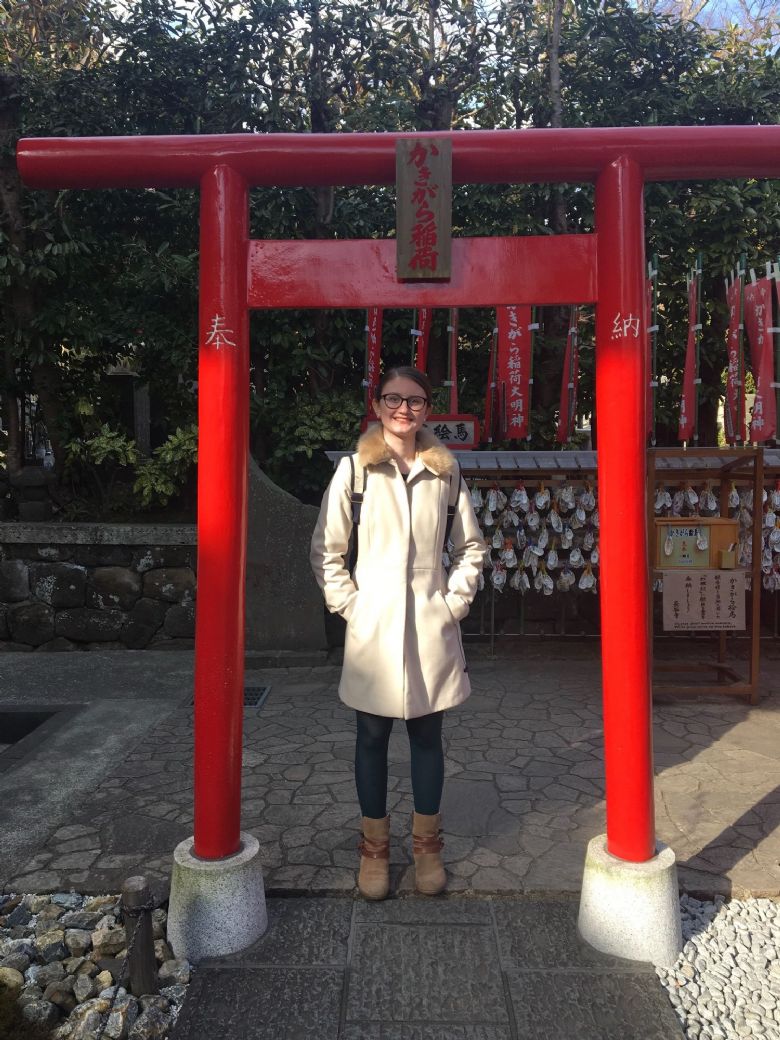 We next visited Kotokuin Temple which is most famous for the large Buddha in the courtyard. We were very fortunate to have a look inside the Buddha since it is hollow.

After looking round for a bit we were allowed to go shopping before trying some traditional Japanese sweets in a restaurant. Most of us had Arimatsu which had ice cream, red bean paste, jelly, mochi and a brown sugar sauce.

The last shrine we visited was Tsurugaoka Hachimangu shrine, which we had a quick look around before having to leave to get back to Shonandai Station to meet up with our exchange partners. 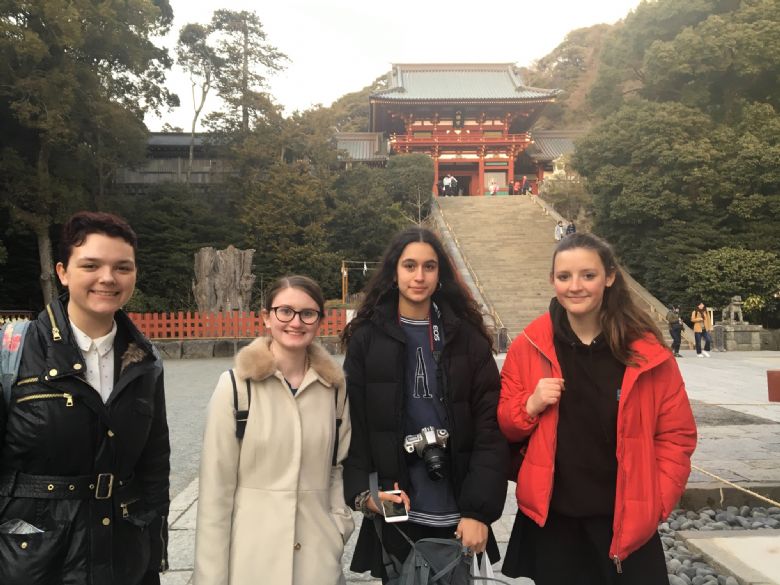 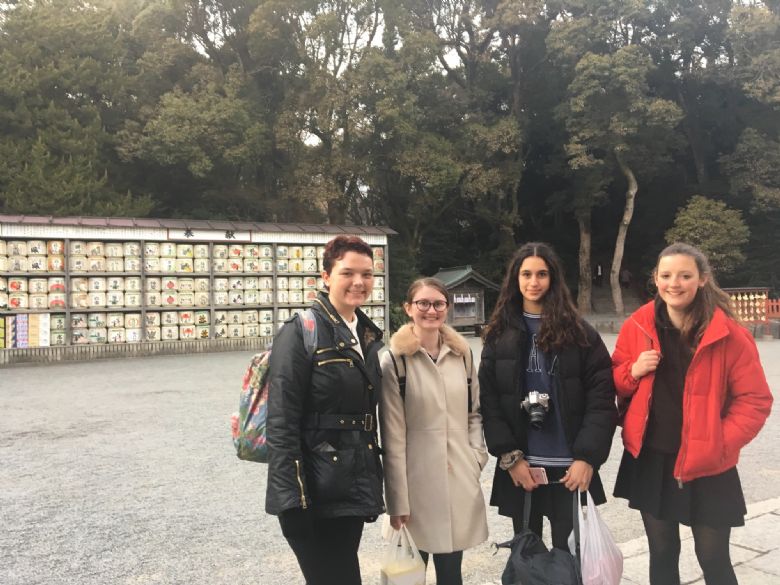