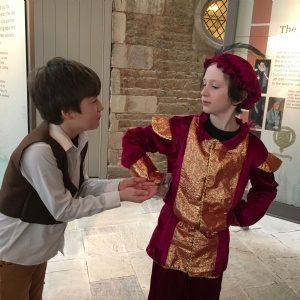 Year 5 pupils immerse themselves in Tudor times at Burghley House.

After the disappointment of having to postpone our planned trip to Burghley House when the February snows fell, Year 5 arrived at school on Monday 12 March looking as if they had stepped straight out of the Tudor era. On arrival at Burghley House everyone was led into The Great Hall where a welcoming fire was burning in the magnificent hearth. 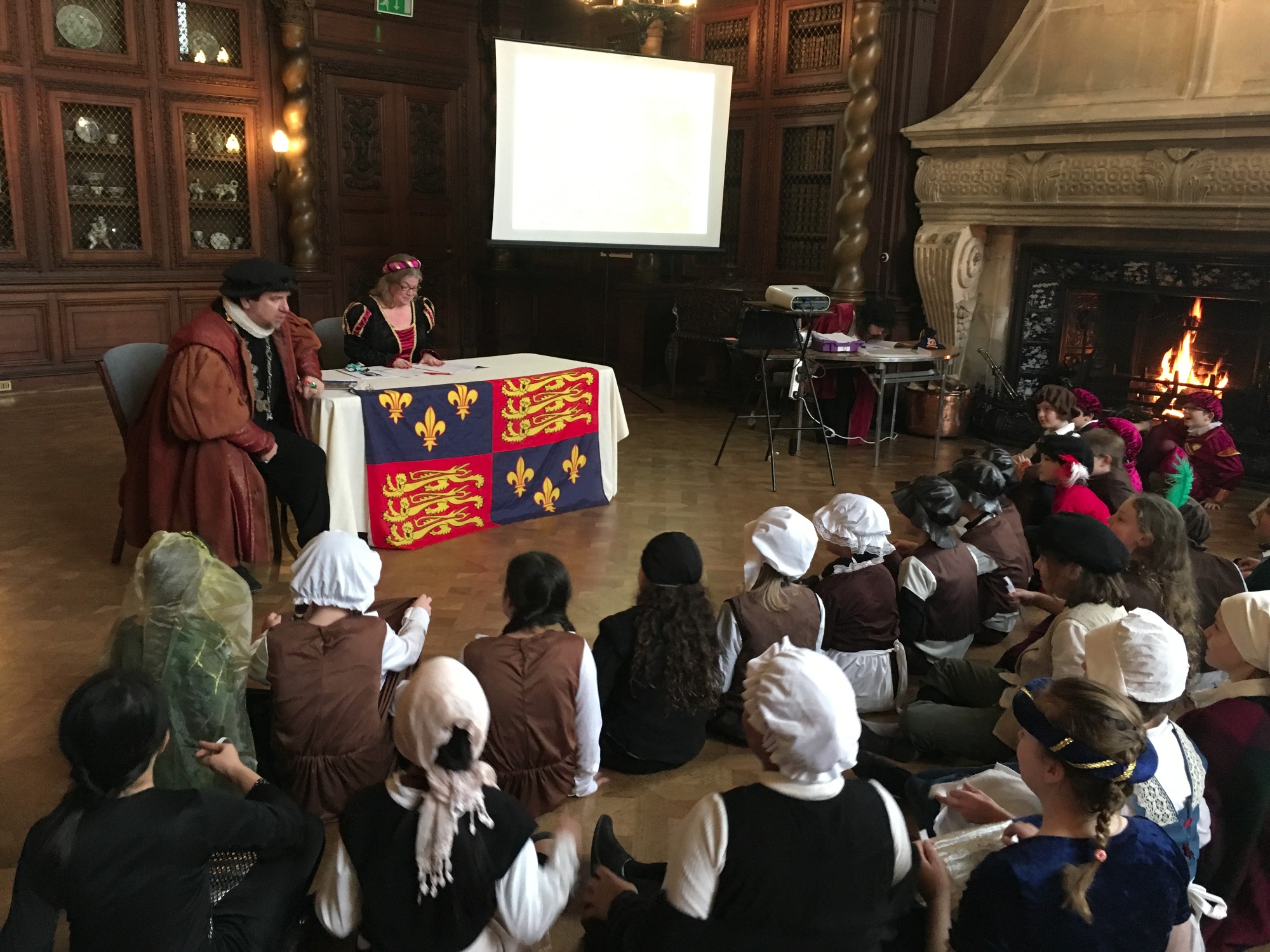 When Henry VIII himself strode into the hall, with great importance, the pupils had a chance to become jurors in a trial of the Tudor king, with our very own Miss Clark acting as judge. After putting a lot of searching questions to Henry and weighing up the evidence, Year 5 voted against King Henry and overwhelmingly rejected his decisions to divorce and execute his wives. 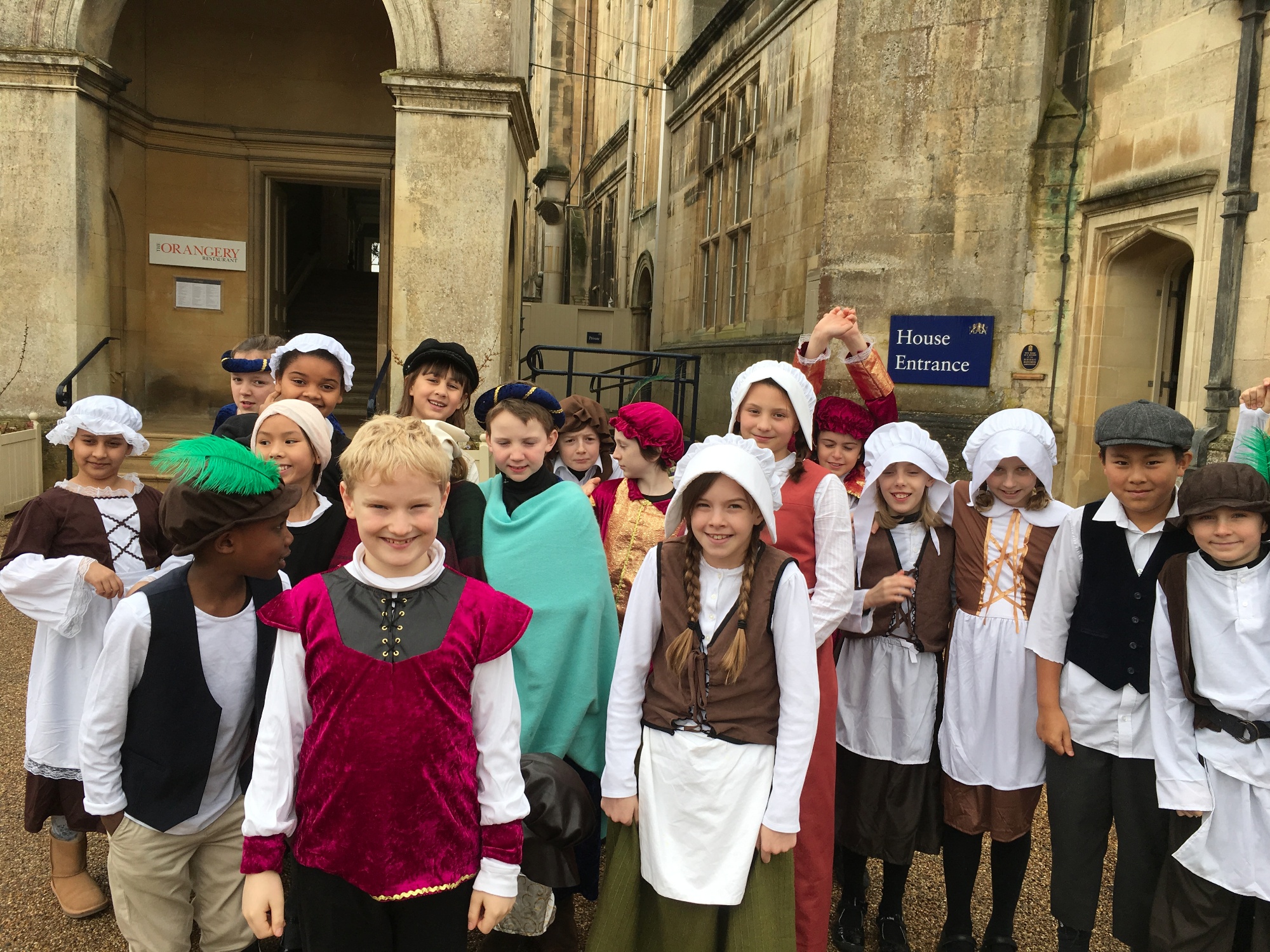 Tudor dancing was next on the agenda with everyone joining in and learning the steps in time to Tudor music. A visit to the kitchen and re-creation of a feast taught the pupils about Tudor food; they learned about the differences between rich and poor people's food, what it was like to be a spit boy and that turtle soup was a particular favourite in Tudor times. 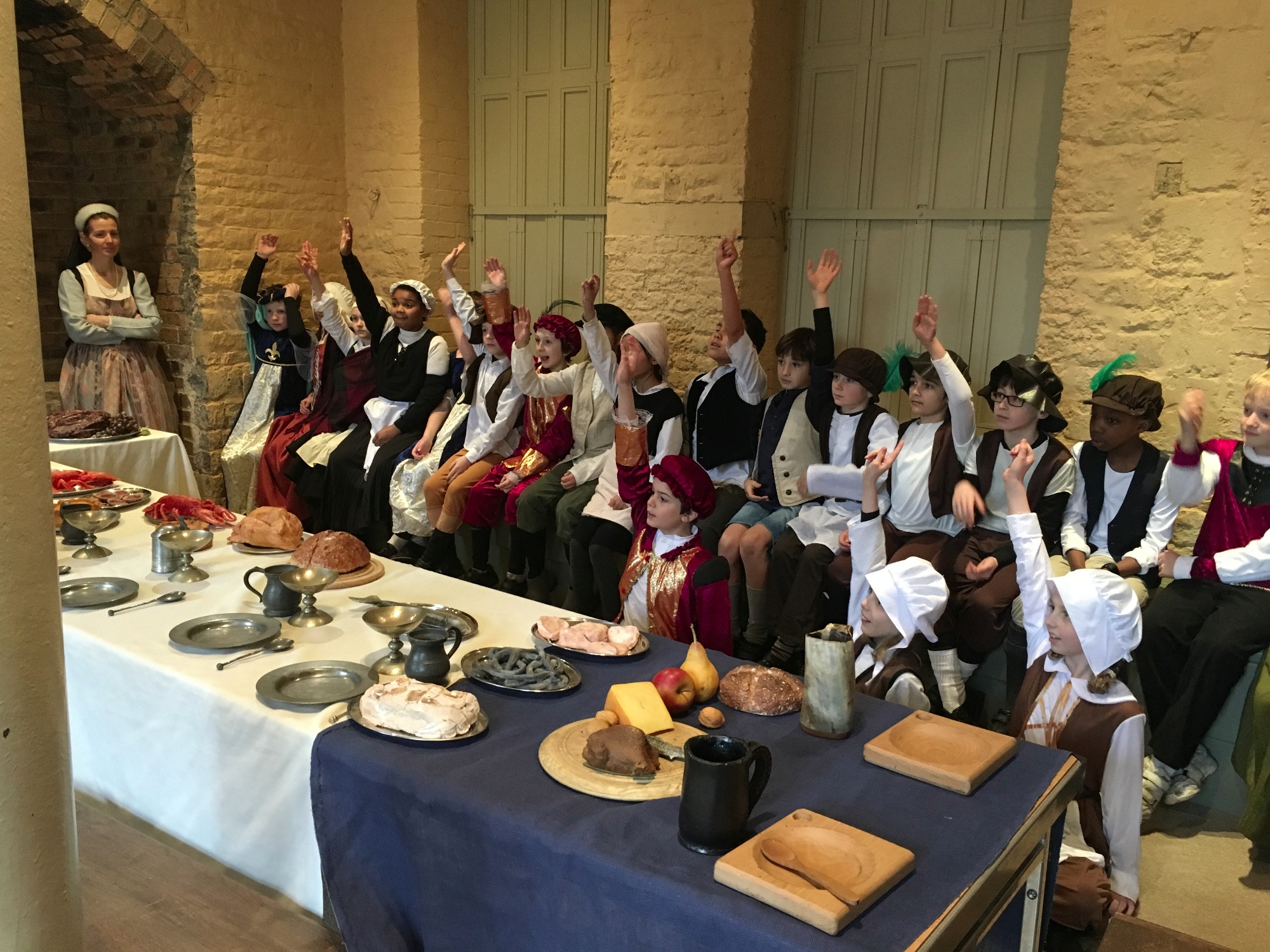 After lunch everyone gathered in a gloomy candlelit room to meet Dr Mort, a Tudor physician. The pupils were spellbound as they listened to him talk about what sort of diseases people caught and how they were treated. To reduce her temperature a leech was placed on a pupil's arm to suck out the blood. Another pupil, sadly suffering from earache, had to hold a warm onion against his ear. Luckily this was a highly successful cure! Grinding the bark from a birch tree, mixing it with water and drinking was offered as a cure for a headache but no-one seemed keen to try. We learnt that the more extreme measure of taking a piece of rope that had been used to hang a man and placing it on your head should definitely work. One pupil was horrified to discover that the stone of a swallow, placed on her arm to cure madness, magically absorbed into her body. Whether or not it cured her madness remains to be seen. By the end of the day we all agreed that we appreciated modern medicine! One pupil said, ‘I wouldn’t advise going to see a Tudor doctor unless you are desperate'! 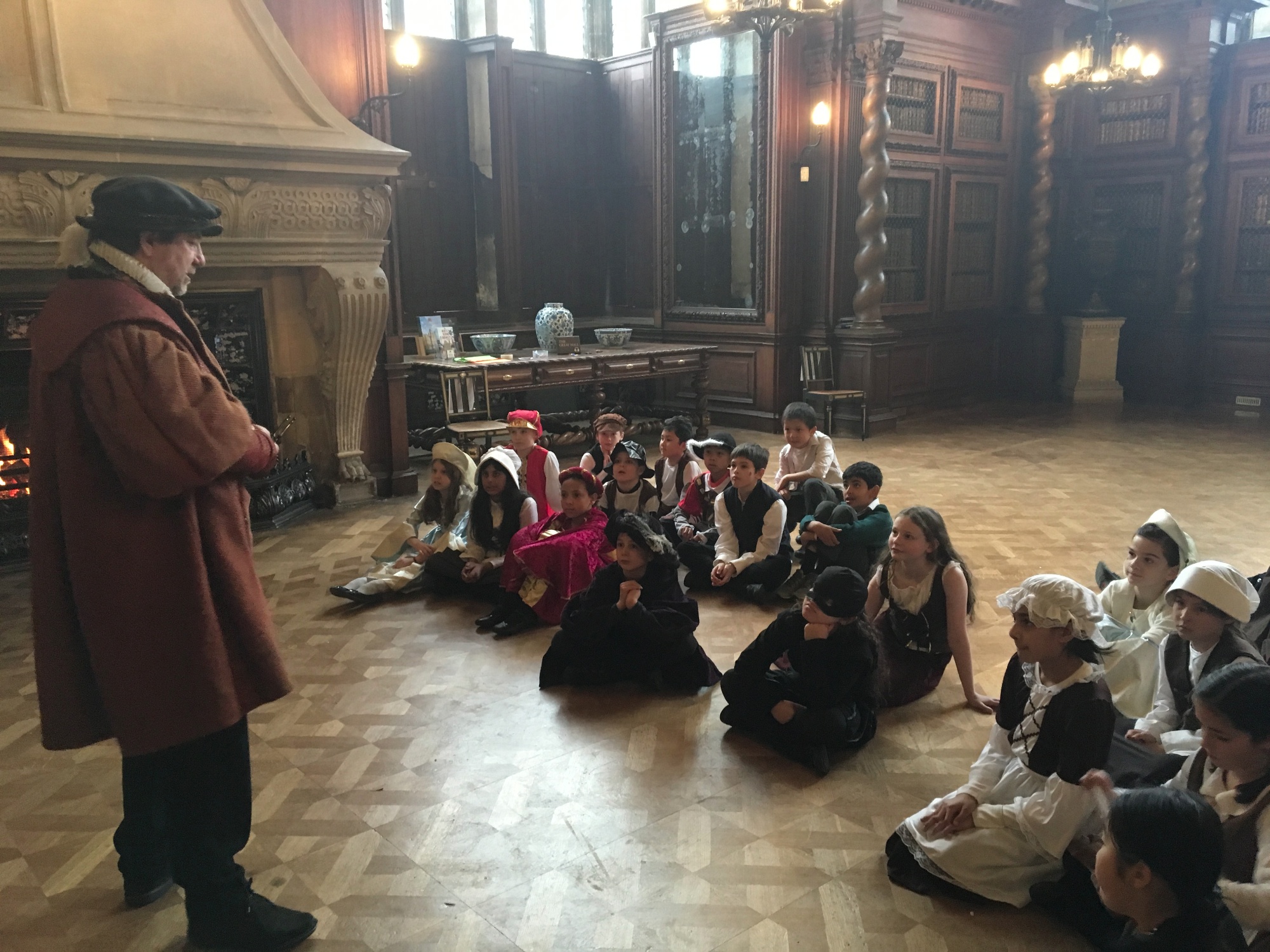 Year 5 pupils really enjoyed the day and gained a helpful insight into Tudor life. They have been well prepared for their next piece of work, which will involve writing their own Tudor remedies.