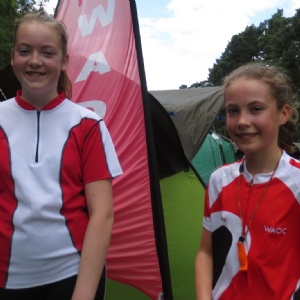 On 7 July, Jemima B from Year 9 and Sophie K from Year 8 along with the rest of their team represented the West Anglia Orienteering Club (WAOC) in the National Inter-club Junior finals in Sandringham.

It is the first time that WAOC has qualified for the final in a number of years. They were competing against nine other clubs from as far afield as Cheshire and Hampshire, and many of the clubs had a larger number of entrants.

Both girls were up against very experienced competition on their respective courses but despite being younger than others competing, they managed to achieve respectable results and beat a number of competitors. Their great effort contributed towards WAOC's final result of placing 7th out of the 10 clubs. A big well done to Jemima and Sophie!