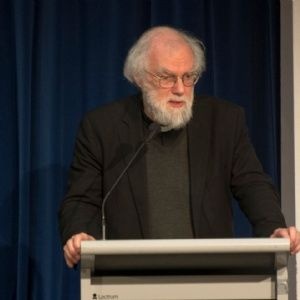 Staff and students recount their inspiring conversation with Dr Rowan Williams on religion and democracy in today's world.

On Monday 19 February, we were very fortunate to welcome the 104th Archbishop of Canterbury, Dr Rowan Williams, to lecture on ‘religion and democracy’.

Dr Williams began by stating that as Christianity is a religion of action, being active is an essential part of Christian life. From this Dr Williams outlined his view of democracy as the will of the majority, an ongoing progress and as an approach that requires argument and debate to keep it alive. The role of religion within this debate is to encourage people to challenge their views. Dr Williams cautioned that these people may be seen as 'awkward' by some but that they are in fact important for democracy to thrive.

"I felt that the ideas raised by Dr Williams were extremely thought provoking, as often religion is believed to have no place amongst democracy, in part because the strong opinions of some religious groups are often considered to contrast with our modern systems of government. Dr Williams ended his talk by encouraging us all to “foster conversations and build trust”, in order to learn to respect and appreciate all views and opinions. An ideal for all to work towards."
Priya Year 10

"I felt we reached a conclusion that related directly to myself: that a good education is one that encourages students to challenge their own ideas and fosters conversations, within a supportive and trusting environment. I will take away Dr Williams’ encouragement to not hesitate to be 'awkward' as I go through life, particularly within debate."
Katie U6

"I found Rowan Williams’ lecture to be enlightening and insightful. It was a pleasure to meet him in person, and to have the opportunity to listen to his thought-provoking ideas. One point in particular that I took home with me was H. M. Kuitert’s claim that "everything is politics but politics is not everything". The lecture was very interesting throughout, and I am very glad that I had the chance to attend."
Nika Year 9

"I think Dr Williams’ lecture is an event I will never forget. To me, it was nice to learn that being awkward is ok since there are a lot of times and places where you could be awkward."
Oscar Year 7 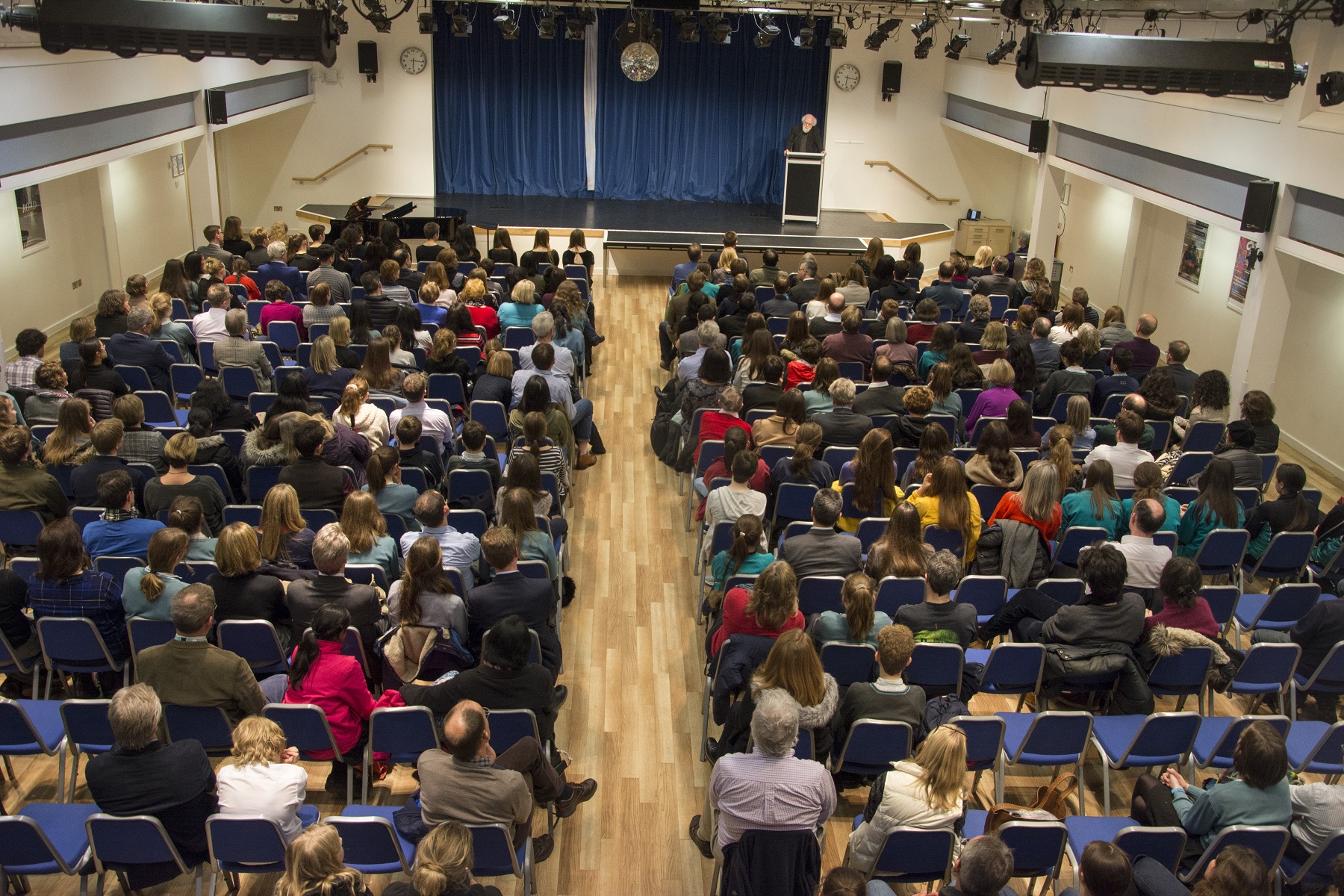 We were delighted to be joined by so many parents on Monday evening too - if you attended, we hope that you found the event as insightful and unforgettable as our students.

Keep an eye out for future 'Inspire me' talks as we continue to broaden our students' thinking and understanding of the world around them, with the help of our inspirational guest speakers.