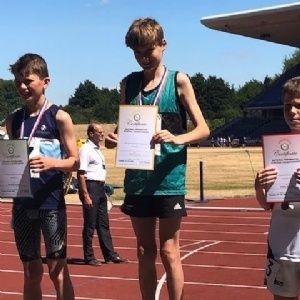 During the race, he led from the front with one goal in mind, victory! He blew away the competition to win the National Prep Schools Championships with a new Championship record of 4:36:12! This is an absolutely outstanding achievement from a highly talented young man. Well done Isaac, very well deserved.