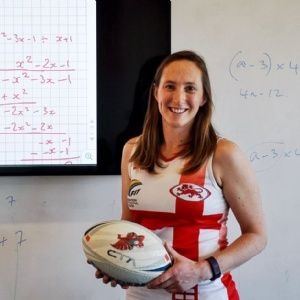 Vicki was part of the Woman’s 27 England Team that went to Malaysia for the 2019 Touch Rugby World Cup and is now the proud owner of a bronze medal.

As a teacher, Vicki is especially keen to get young people involved with touch rugby. She describes it as:

“a very fast paced game where you have to make really quick decisions and the use of strategy is really important. It is also a really good basis for anyone wanting to play Union and League rugby.”