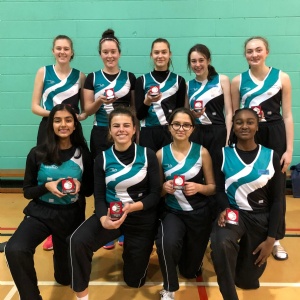 January was a phenomenal month for our sporting teams across all of our schools.

Our headline success this month has been the Stephen Perse Under 16 Girls Netball team who have, for the first time in the school’s history, qualified for England Schools National Finals. To read all about their success, you can read the full story here.

In the last few weeks the U11 girls netball team have played five matches against Rosedale House. The fixtures have seen victories for Dame Bradbury’s A, B and C teams whilst Rosedale House took the honours in the D and E matches. All of the games were played in good spirit with the girls showing great skills. 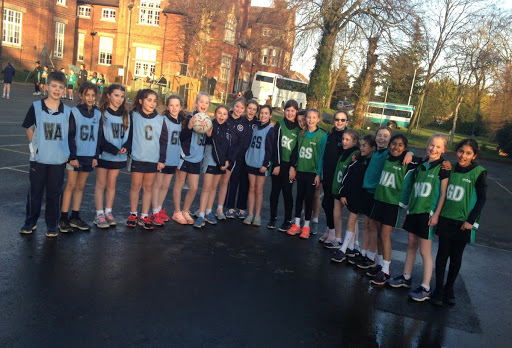 The U9 girls hosted St Mary’s for A and B netball matches. The A team got their season off to a great start winning 7-2 while the B team drew 0-0.

The U11 boys A and B hockey teams played away against Rosedale House at Latham Road. The A team recorded a fantastic 3-1 victory. After a timid first half which saw Rosedale House take the lead the boys put in an excellent second half display scoring three goals to take a well deserved victory. For many boys in the B team it was their first ever competitive hockey match and a great deal was learnt by the team despite going down to a 4-0 defeat.

In football, the U11 boys A and B teams travelled to King’s Ely. The A team match was a thrilling 5-5 draw that saw the team come from behind on five occasions. The B team put in a brave performance but against strong opponents lost 8-1. 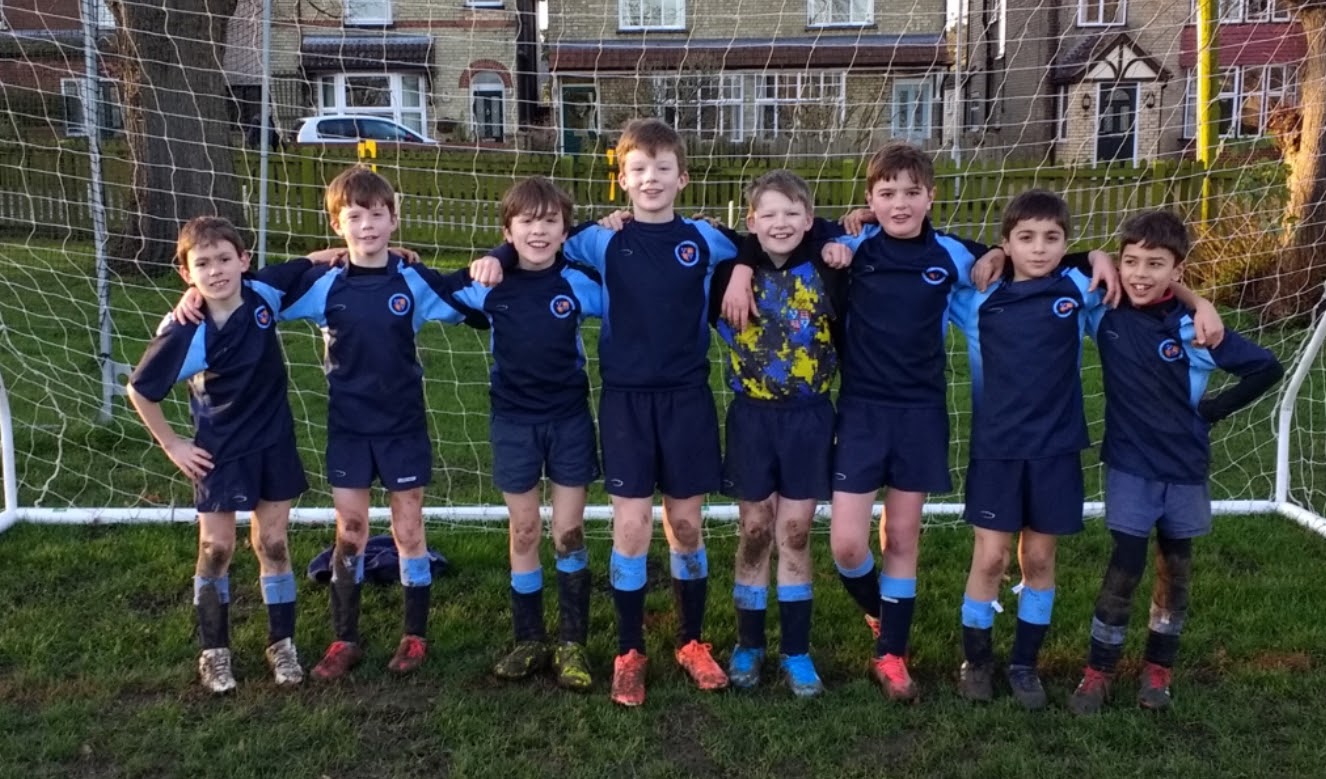 The U11 Netball teams have made a good start to the season with all girls turning up to training regularly with buckets of enthusiasm. The girls were given a tough first test very early in the season in an away fixture at Dame Bradbury’s. The A, B and C teams played well against some strong opposition and although not securing a win, impressed with their resilience and team-work. Those girls are now focused on making improvements to their game play for the exciting matches ahead.

Last week, it was the turn of the D and E teams who welcomed Dame Bradbury’s to Latham Road. Some excellent passing skills were seen, followed by impressive shooting made for two victories. Congratulations to both teams on a top performance.

All boys in Year 4 participated in a 3v3 hockey festival organised by Kimbolton School. The festival was a great introduction to match scenarios for the pupils as they look to build towards 7-a-side hockey. No scores were recorded. All about full engagement and participation. The boys all had a great time with lots of positive experiences and there were some tired legs at the end of the non-stop hockey festival! 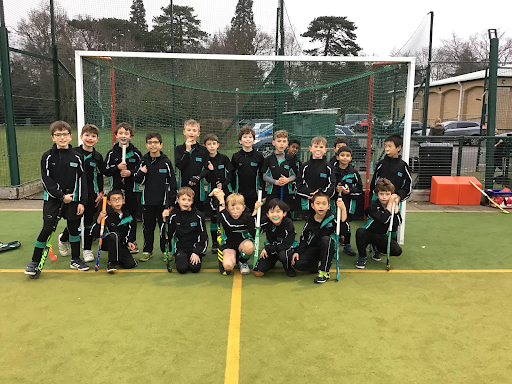 It was a very windy and cold week for this years Bedforia Cross Country event, with some great results from Imogen T - 22,  Imogen PH - 24 and Oli R - 24.

In football, the Under 14 Boys’ fantastic run to the last-16 of the ESFA National Cup came to an end against a very talented Langley School side. There were some good performances across the pitch, with a superb first goal for Sam R being the highlight. Next up for these students is the District Cup, with a trip to Swavesey in the First Round.

The Under 18 Boys’ played their first game of the season and were unfortunate to lose 1-0 against Mander Portman Woodward (Birmingham). Despite having numerous clear cut chances, we lacked the clinical edge which would have won the game. However, the team can be very proud of their performance and there are a lot of positives to take forward.

The start of a new term has seen the boys move into their hockey season. A number of teams across Years 7, 8 and 9 have already had the opportunity to represent the school in sporting fixtures against other schools. Enthusiasm is high and positive progress is being made during training sessions. The U14 hockey team have already participated in their county cup competition (England Hockey Tier 2). Despite a couple of close encounters with JFA Newport and SWCHS the team were unable to secure the wins which would have seen them progress through the tournament and into the regionals. In the coming weeks further matches are scheduled for our boys hockey teams, plus county cup competitions for the U12s and U13s.

We’ve had a very strong start to the new year and the netball season, with our first team beating Wellingborough in the first week. Our U14s A-C had straight wins against a strong Bishops Stortford, a draw from our U13s followed by four out of five wins against Wellingboroughs U14 & U15 teams completed the second week. Our U12 A-D had their first fixtures and played some great netball against Bedford Modern, coming away with two wins, a loss and a draw.

Our U19, U16s and U14s once again all qualified for the Regional Schools tournament last weekend which is a fantastic achievement. The U19s were left with just seven players after illness and injury yet worked hard against some very strong teams. Our U14s showed versatility, determination and only lost two matches in their pool to teams who eventually both qualified for the National Finals. Our U16s (made up of all U15 players) won all of their group games to get through to the semi finals. Playing a very strong Saffron Walden County High School, the players dug deep and were rewarded with an impressive win, taking them into the final. The final versus Broxborne School was tough and exciting and both teams stayed neck and neck throughout. At 12-12, Broxborne scored a goal in the dying seconds placing us in a very respectable second place. Our U16s have now qualified for National Schools on 14 March. We are extremely proud of this success. A first for our school and a great experience for our players.

The annual Bedfordia cross country competition at Lincroft School took place during storm Brendan on the 13 January so it proved to be a real challenge for all the athletes, over 30 schools took part with in excess of 100 athletes per age group.

The teams and positions were as follows, full results are on socs.

Particular congratulations must also go to Ivan H in Year 7 and Daisy H in Year 8 who both came 4th individually and Ilaria S who came 7th.

Eight students from Stephen Perse were selected to represent the Cambridge District at the Cambridgeshire Schools County Cross Country Championships at Netherhall School on 11 January. In extremely blustery and challenging conditions the students took to the familiar course again and they did not disappoint.

Congratulations to Isaac, Ivan, Fran and Cecily who have all qualified to represent the Cambridgeshire County at the Anglian Cross Country Championships, we wish them every success.

Finally, a huge congratulations to Izzy and Zabeetah who have joined Monika in being selected into the Mavericks Futures Academy. A fantastic and thoroughly deserved achievement. 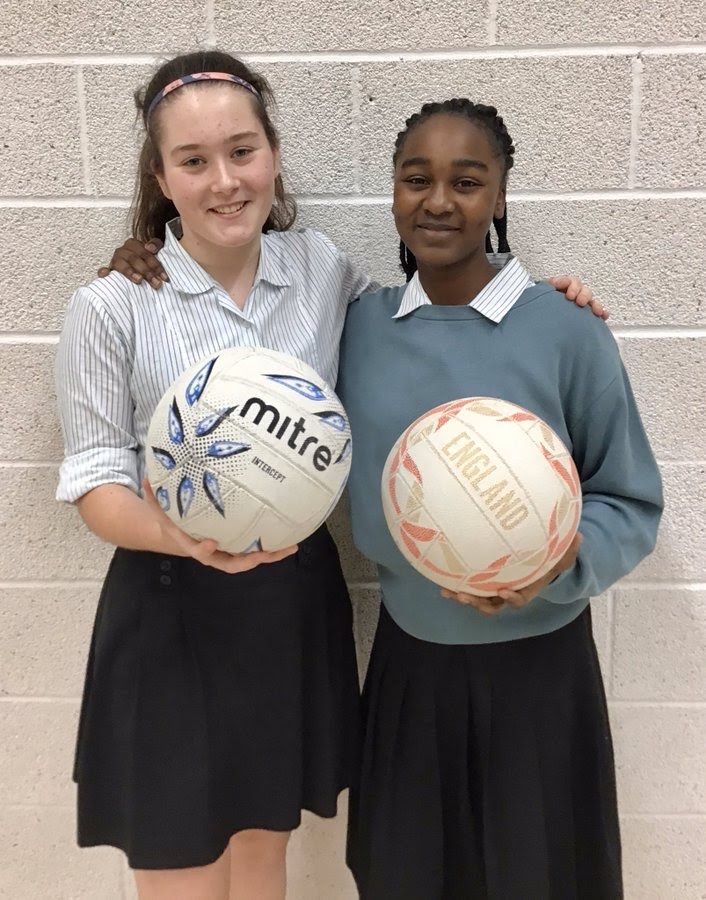 In football, the Under 18 Boys’ played their first game of the season and were unfortunate to lose 1-0 against Mander Portman Woodward (Birmingham). Despite having numerous clear cut chances, we lacked the clinical edge which would have won the game. However, the team can be very proud of their performance and there are a lot of positives to take forward.

Our U19 netball team once again qualified for the Regional Schools tournament last weekend which is a fantastic achievement. The team  were left with just seven players after illness and injury yet worked hard against some very strong teams. They did not progress out of their pool but played extremely well and should be commended for their efforts under such difficult circumstances.

Congratulations to Francesca who was selected to represent Cambridgeshire County at the Anglian Schools cross country recently. We wish her all the best for the competition this weekend.

Finally, Almundena took part in the Open Dutch Nationals in December, obtaining two Personal Bests and competing in finals against Olympians such as Ranomi Kromowidjodjo and Femke Heemskerk. Her best results included 6th place for the 1500 free, 6th place for the 4x200 free relay, and 15th place for the 800 free. 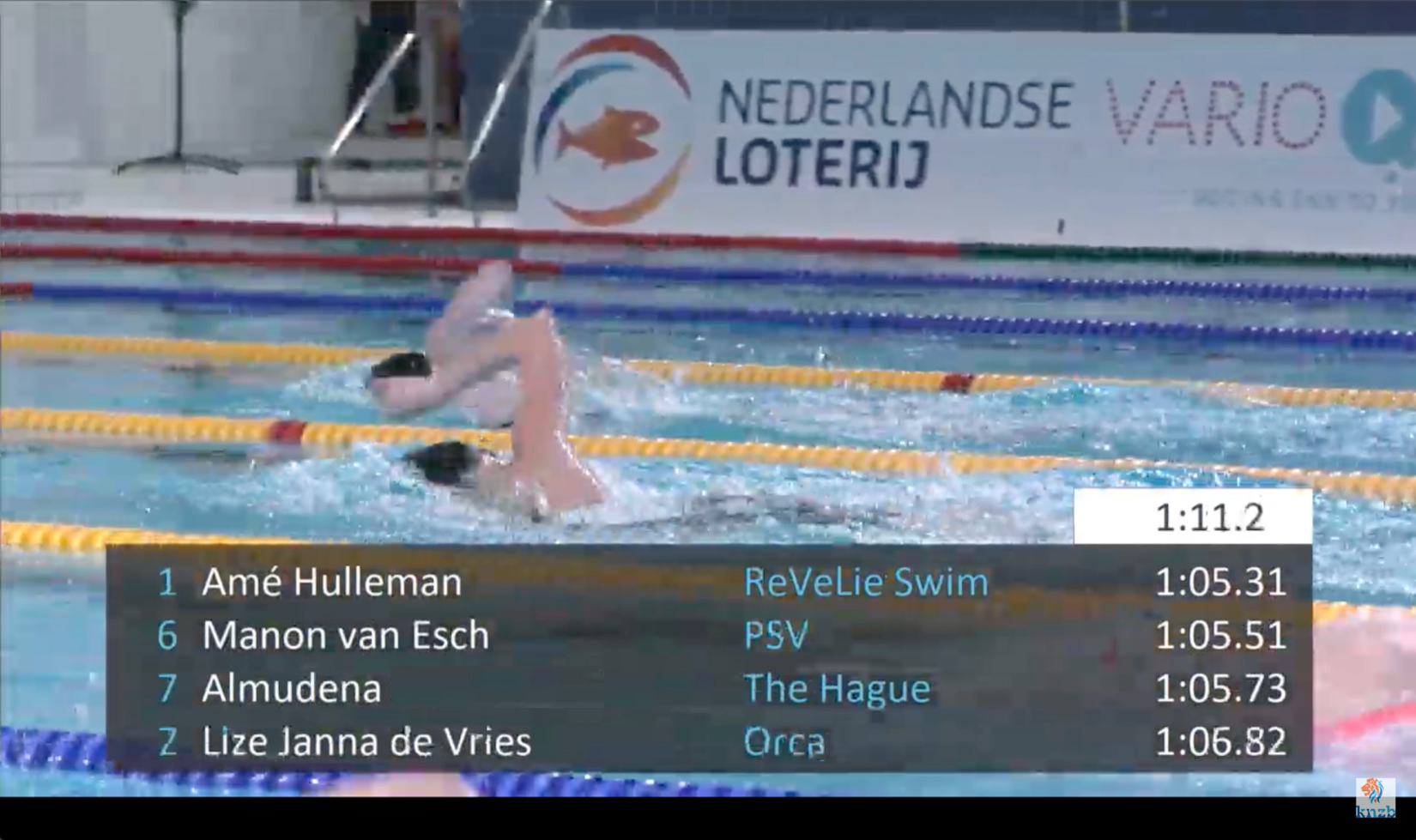