On Friday 31 January (for the second year running!) Year 6 pupils from Dame Bradbury's and the Rosedale House joined forces for a full day of choral singing, culminating in a joyous afternoon concert for parents and staff based in the Senior School Activity Space. Under the expert direction of chorus master, Dominic Ellis Peckham, eighty-four pupils developed their vocal technique and ensemble skills through a broad range of physical and psychological methods, all whilst singing in multiple-part harmony! The day began with a series of Dominic’s non-verbal body percussion warm ups, immediately exciting the children for a fantastic day of singing ahead. Year 6 collaborated excellently, working hard to learn and perfect five pieces of contemporary choral music encompassing a wide variety of cultures ranging from South African to The Beatles!

Embedded within the music making, Dominic preached valuable life lessons to Year 6 on the importance of human unity through singing. Pupils were central to musical demonstrations as they learned more about their developing voices. As well as massed-choir singing, pupils experienced more exposed and intimate forms of chamber choral singing. In fact, a number of children were chosen at random to bravely take up solo positions! Dominic positively harnessed the confidence of all Year 6 pupils and endlessly emphasised the importance of 'giving everything a go’ in life. Guided by Dominic, pupils explored the history of song through poignant stories of war and conflict where song brought about the necessary change - the peace-bringing catalyst. Year 6 were soon able to articulate their own thoughts on song, understanding it to be a uniting force.

The final concert showcased the beauty and importance of choral singing amongst our eighty-four like-minded and, more significantly, like-hearted individuals. True to Dominic’s charismatic and all-inclusive style, he unsurprisingly had the entire audience of parents and staff up on their feet singing and dancing enthusiastically with the pupils, a moment I’m sure nobody will forget in a hurry! I am confident that this day will remain with our Year 6 pupils as they travel through and beyond the school into new walks of life. We thank Dominic most sincerely for the wonderful and eye-opening masterclass he delivered to Stephen Perse Foundation.

Here are some snapshots from the day: 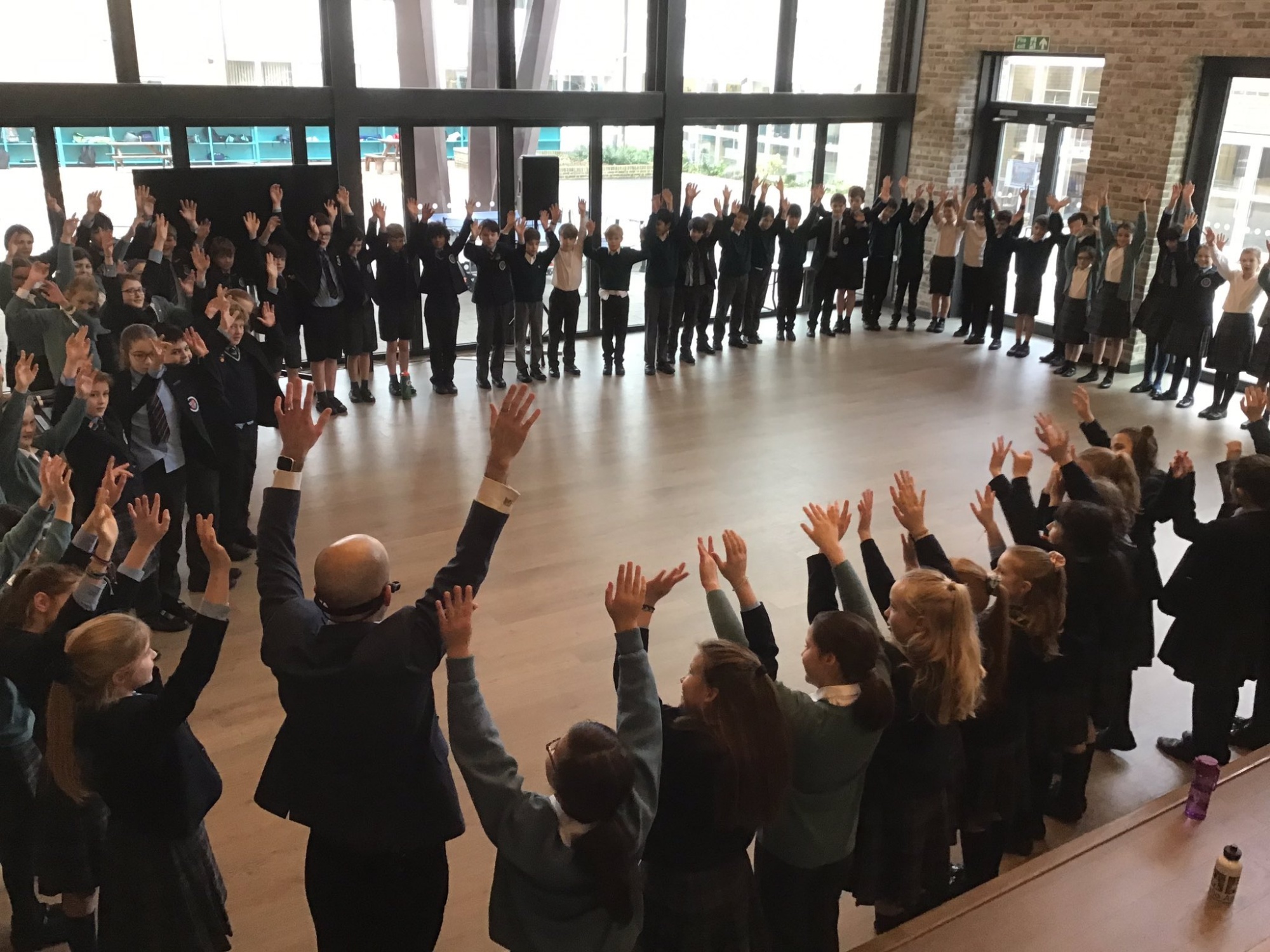 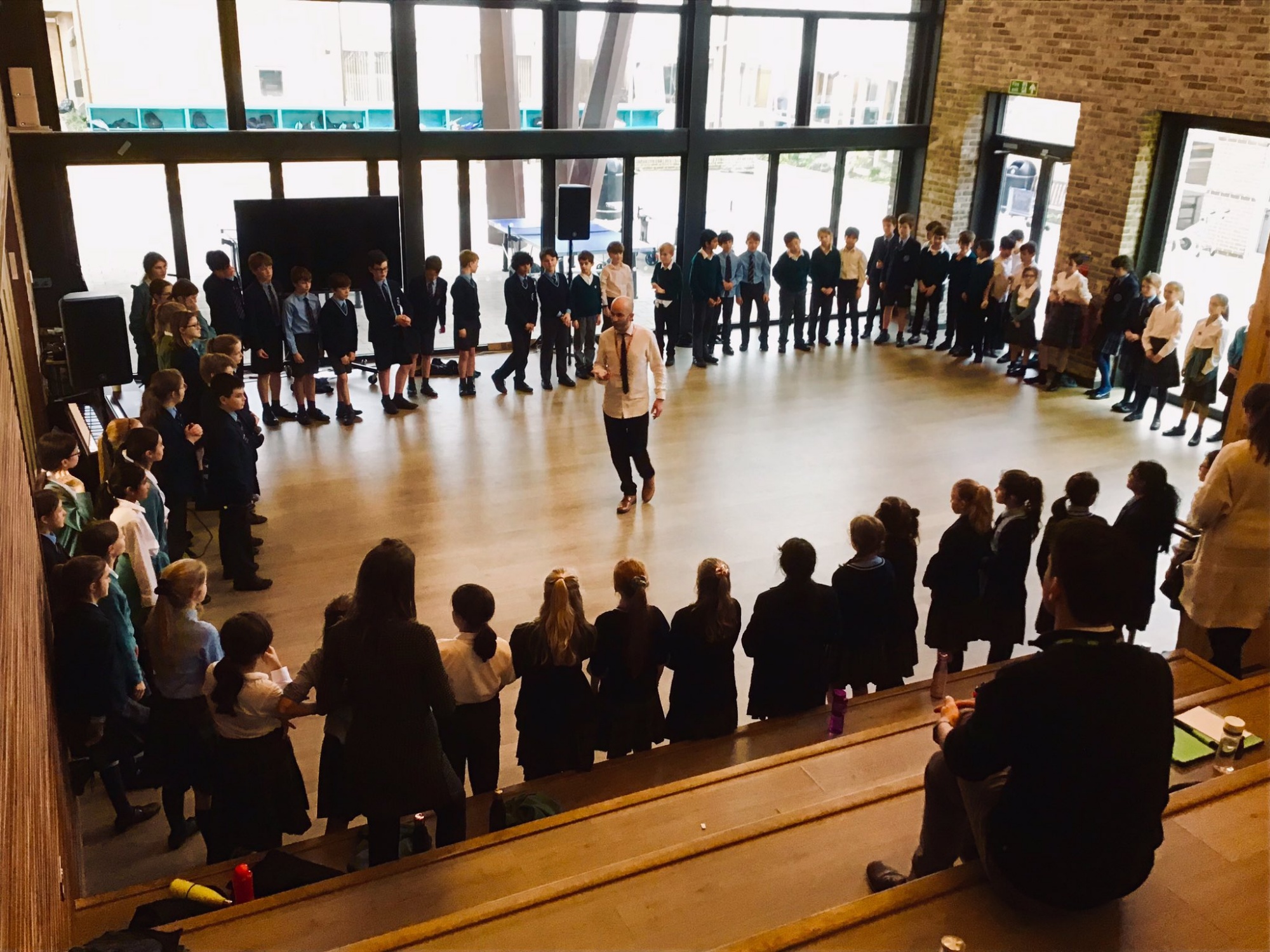