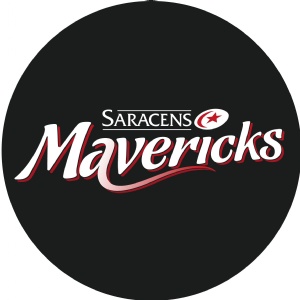 Many congratulations to five of our year 11 netball team,  and 2 of our former pupils now in year 12, who have successfully secured a place in the Mavericks Futures Academy in Cambridge. Also, to another year 11 student who has joined Bedford Mavericks and a year 10 pupil who has joined the Pulse netball franchise.

Monika, Annabel , Rive, Isobel and Jessica are now well enshrined as part of the Mavericks Futures Academy in Cambridge and join former pupils Isobel and Eva who have also been successful in securing a place at this elite level.  Zabeetah has secured a place with Bedford Mavericks and Caitlin has been rewarded for her hard work, joining the Pulse academy.

The success these girls have achieved has come after a lot of determination and effort. They have all been part of the County pathway system which oversees and ensures the appropriate development of key players, nominated in the first instance by staff here at Stephen Perse.  They have also been following a strict strength and conditioning programme outside of school which supports their physical development. This runs neatly alongside the tactical and skills progression they make both here at school and with their clubs. Dedication and resilience to the game is everything and the girls are now seeing the rewards of their undoubted hard work.

Netball continues to be one of the most successful sports here at the Foundation at Senior level. Key to their development is to continually be pushed out of their comfort zone and here at SPF, girls are challenged to exceed even their own expectations. Indeed, two teams attended the World Games in Loughborough last year, many of them playing a year above their age group even in this intense and rigorous atmosphere. To this end, nine pupils who were part of our recent Under 16 team that qualified for the National Netball Finals were themselves eligible to play at Under 15 level.

Netball goes from strength to strength at the Foundation and we are rightly proud of the success the sport has seen over the last few years. Saracens Mavericks have provided and supported the netball coaching to the Foundation as part of their partnership deal with us, and specialist elite level work takes place each week for those girls considered potential stars of the future. We are indeed in a healthy netballing position and have much to look forward to when competitive sport returns to the Foundation.

Well done to the girls above and to all those who play netball with such passion and dedication.  We look forward to your future successes and hope to see many more Stephen Perse girls joining the elite ranks.