The Year 6 collaboration started with Mr Gildea’s inspiring talk of his yachting trip around the world. He amazed the pupils with his tales of how to cook and live on a boat when the seas were tumultuous.  He also shared with us some incredible photos of his travels, including from the top of mountains, of coral reefs and of glaciers. Many of his slides captured very graphically how the delicate balance of our planet was being harmed by our actions living on it. 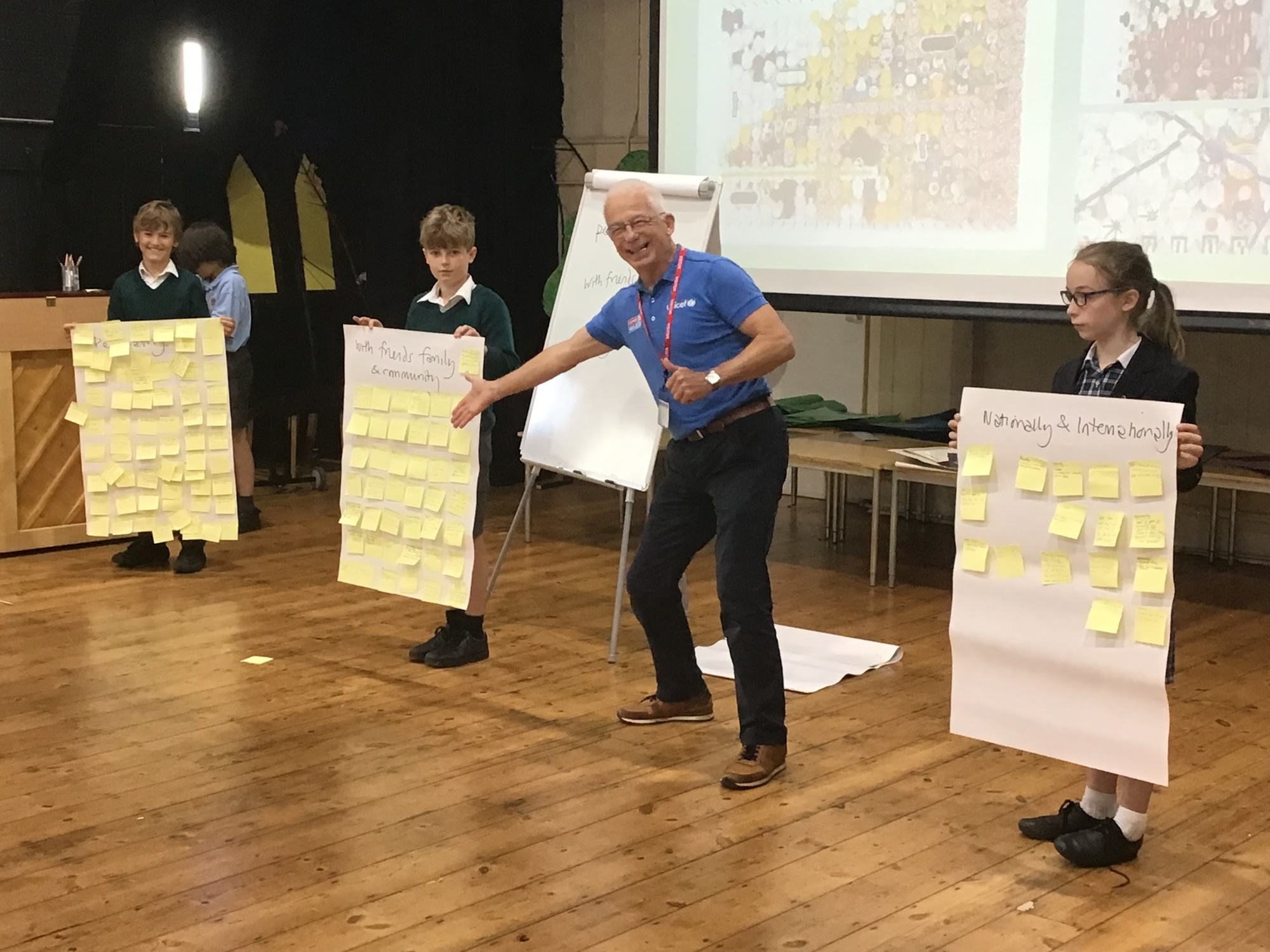 that CO2 has increased by 35% over the last 50 years. Mr Gildea spoke about how hot his journey was, even in the waves. 93% of the extra heat trapped by man-made global warming pollution goes into the ocean.

Mr Gildea then led a lively discussion about types of technology which can help to alleviate the environmental challenges we face, such as climate change and plastic pollution. Pupils had some great suggestions, including solar, wind and nuclear power, electrical-powered cars, trains and planes, the increased use of biodegradable plastics, and Mr Gildea introduced the use of alternative building materials like “hemprete”, made from the hemp plant. He made the very pertinent point that the key issue is not the “save the planet”, which will carry on spinning on its axis and orbiting the Sun, regardless of what we do, but rather to save ourselves, by making sure the planet remain hospitable to human life. 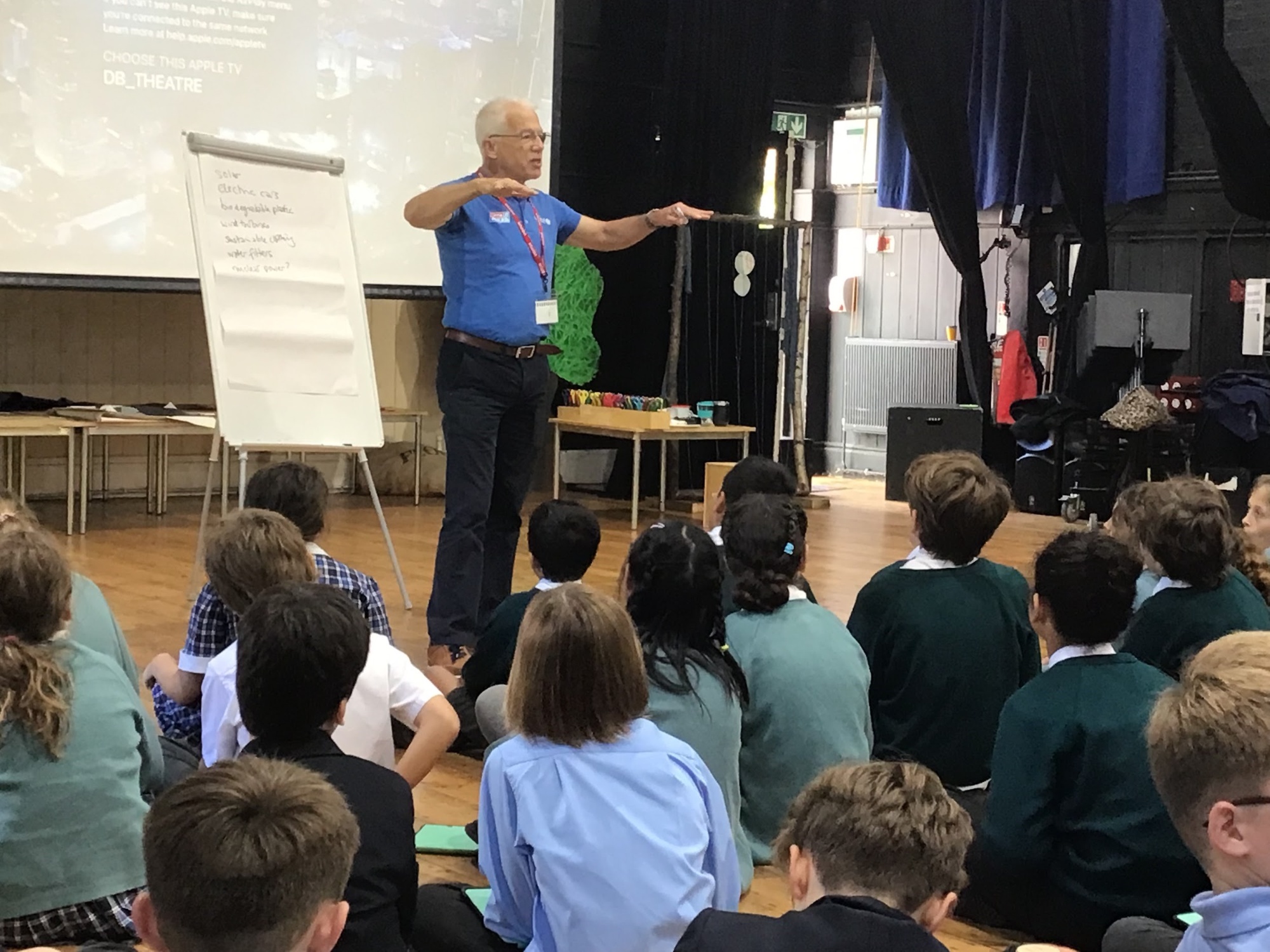 Following the talk, some pupils commented:

“When I’m older I want a job that will not financially ruin the world.”

“It’s made me more aware of the climate issues.”

Pupils then came up with their own ideas of how we can take climate action: personally, with family and friends, and nationally. 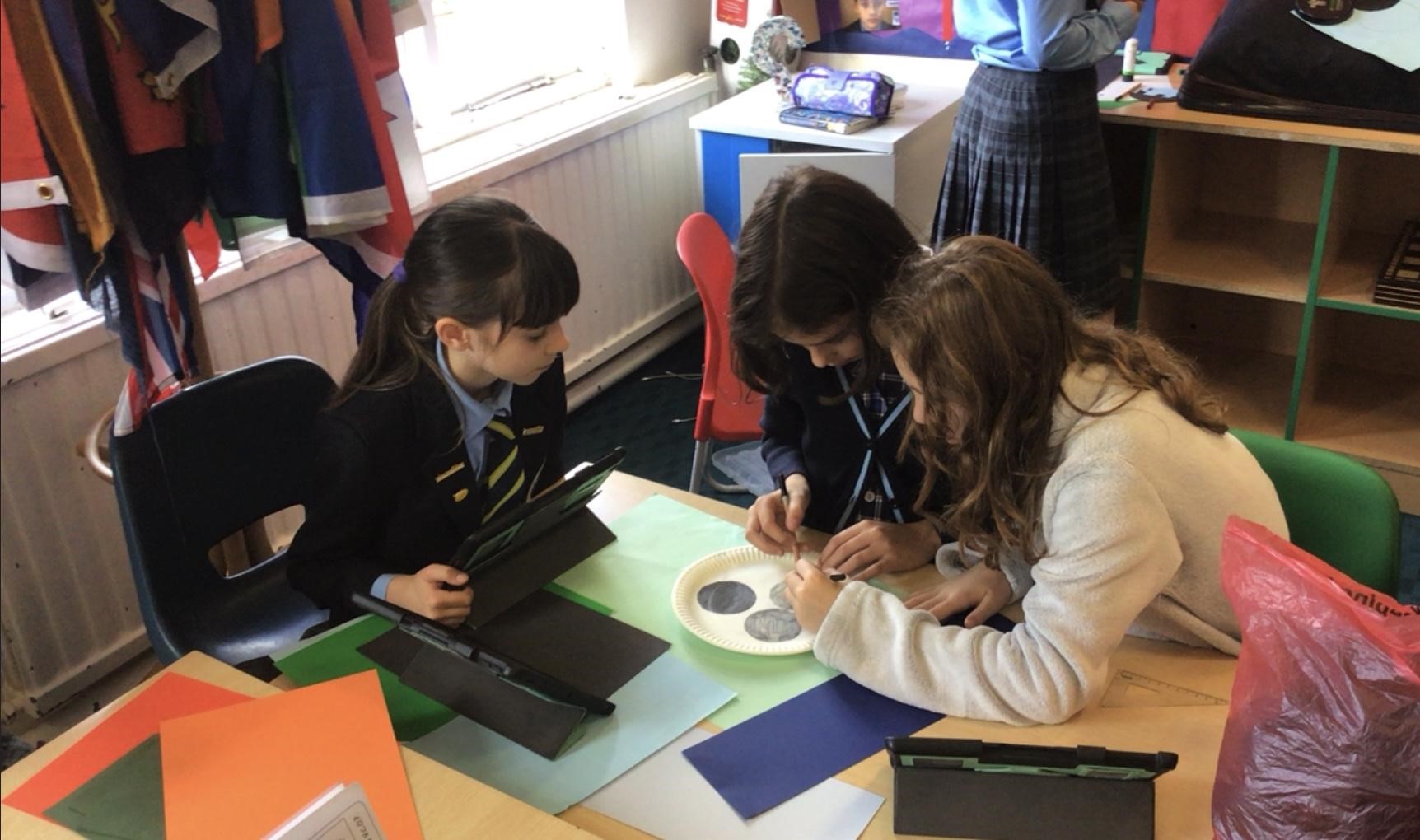 The pupils broke into groups to begin work on the art installation inspired by the artist Jacob Hashimoto. There were three groups working on land, sea and air. Pupils were to depict how they feel about these different elements in circles which will then be collated into the final installation.

To round up a busy day, pupils played ‘Globingo’ to further encourage connections with new friends.

When asked about the day overall, one pupil said, ‘It’s been fun to meet new people.’

Comments from two pupils who were reflecting on the day:

We had a wonderful time at Dame Bradbury's. I have learnt that our planet is very tiny and delicate and that global warming is causing the sea to get warmer and warmer. We should take responsibility to do what we can to help save humanity. I thought that the art project was very interesting and got us using our creative thinking. The Globingo got us communicating with people we haven't talked to before. It was fun.

I think that the summit has been connected to our learning habit because we are all responsible for our planet and should be accountable for it. I think we used creative thinking in our generation of ideas for our circles. We used thinking to decide between land, air and sea. I think we enquired in Globingo and used critical thinking and computational thinking to think about how we can make a difference and different sustainable technology. I really enjoyed meeting everyone from Dame Bradbury's again.