Cell-ebrating the home of our minds: Brain Day 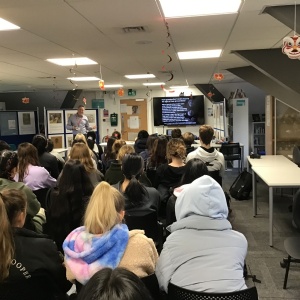 The Psychology Department organised a visit from Dr Guy Sutton, Director of Medical Biology Interactive and honorary consultant assistant professor at the University of Nottingham Medical School. Hear from Year 12 student Katy W as she reflects on Dr Sutton's visit and delves into the advancements of modern brain technologies that will really get inside your head.

Recently in the Sixth Form, biologists and psy­chologists had the opportunity to 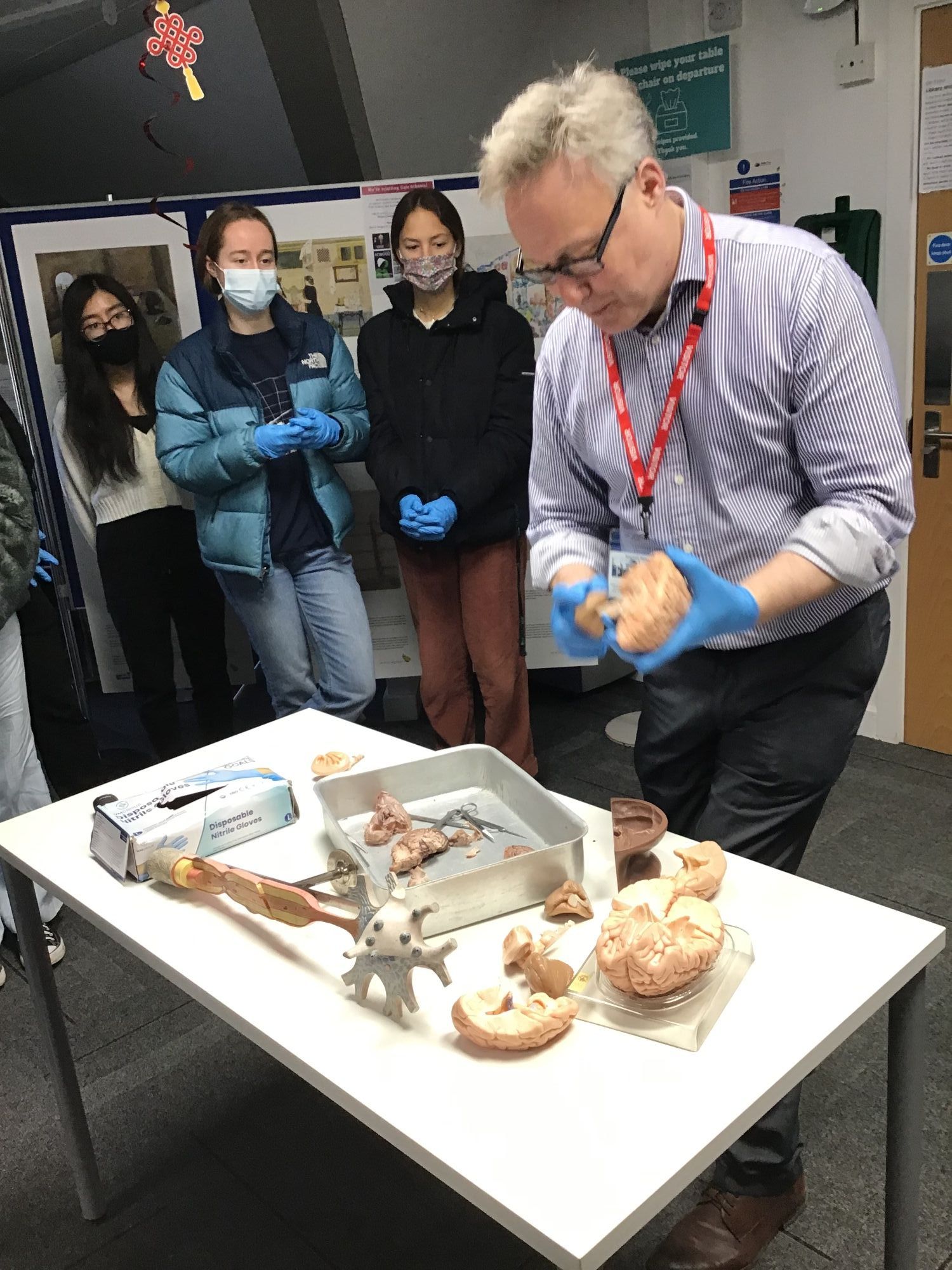 discover more about the mysterious muscle that is our brain through a series of lectures and dissections by Dr Guy Sutton. Following an investigation into differ­ent brain conditions and disorders such as cyclops syndrome (where there is a failure regarding the division of the eye into two cavities), we were able to handle a sheep brain as it was dissected.

It was fascinating to learn about the embryonic development of the brain. Particularly impressive was the way in which this discussion empha­sised that no two brains are the same! Imagine a brain (without falling into the rabbit hole of the brain picturing itself). It’s guaranteed that you’ve thought of something similar to the image below. Yet, crucially, our anatomy is so c 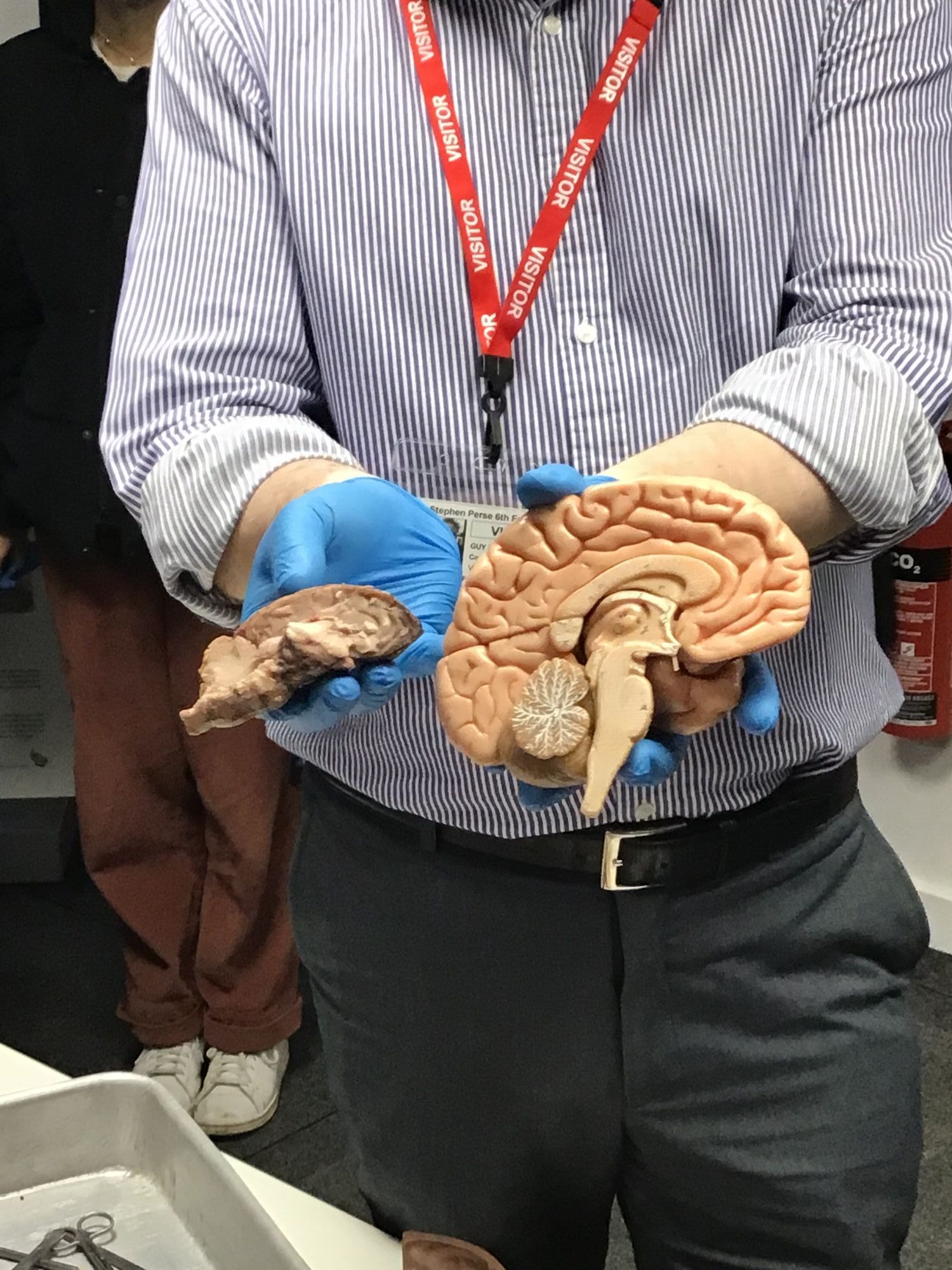 omplex that even though we have this stereotypical model, our brains are just as unique as our fingerprints.

This complexity has puzzled neuroscientists for years, yet we are fortunate enough to be living in a ground-breaking time where technology is being developed to take advantage of these specialities in our anatomy. Even just down the road at the MRC, technology is being used to create scenes straight out of a sci-fi film. Scientists have grown mini brains called ‘cerebral organoids’ which are used to help increase understanding of the mech­anisms involved in the human brain. These will be used in the study of neurodevelopmental disor­ders, as an alternative to animal testing and just focusing on single cells, in order to see how the neurological system as a whole copes. However, on a slightly eerier note, there are a few ethical queries surrounding these tiny brains. After all, can they be considered conscious if they are a true replica of a human brain? It’s definitely unsettling to imagine, and this debate continues amongst top neurologists to this day.

Advancements in brain technology extend much further than this, however. It was thrilling to hear about all the ways this hi-tech could be incor­porated into our everyday lives, even more so to think that it could become as second-nature to future generations as using a mobile phone. For starters, we discussed the idea of headsets (or even an implanted chip if Elon Musk gets his way!) that could use nerve impulses to type for us - no keyboard required. The technology used for this has already been used for people suffering from paralysis, allowing them to control robotic prostheses, so this is definitely a field we can ex­pect to be hearing more about in the future! 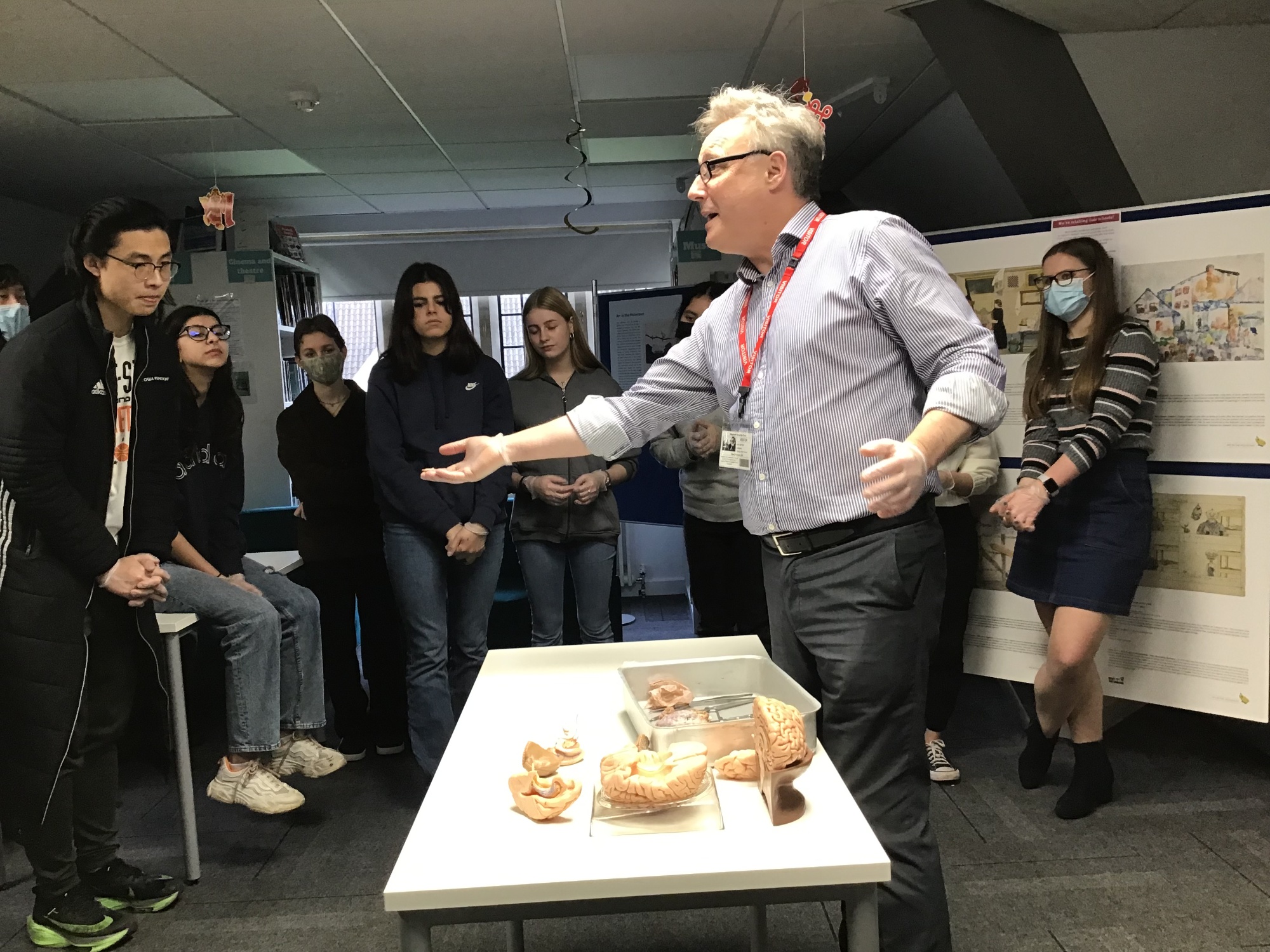 So, how would letting technology inside your mind make you feel? With the Internet, we already have limited privacy. Companies have access to our behaviour through our likes and history to allow predictive algorithms to guess our interests. Would these new technologies really be a giant leap away from this supposed security we have now? It seems that in the future, the privacy of our brains and our thoughts will be at the risk of our own actions, and whether we choose to engage with this technology. Let us know your thoughts on these mechanics by emailing any of the teal team, we’d love to hear your stance!