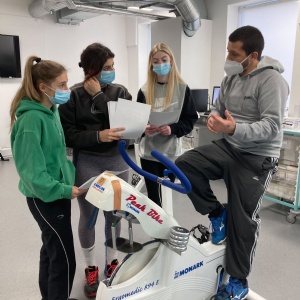 After a short tour of the laboratory, the students were shown how to run through the lab tests that they would then go on to administer on each other.

The students took part in two fitness tests. The first was a PWC170 test which is a sub-maximal exercise test on a bike which assesses aerobic capacity and measures a predicted maximal oxygen uptake (VO2max) based on heart rate predictions. During the test, the students measured heart rate at different workloads.

The second test was the Wingate Anaerobic test which was also performed on the bicycle. This test assesses anaerobic power and performance. The students had to work as hard as possible against a measured resistance on the bike for 30 seconds. Data on power output was collected on a linked computer.

A level student Maisie said: “I thought the lab testing was an eye opening experience to the reality of the different fitness tests. Learning in a classroom didn’t give me the real understanding of the test until I took part in it, which gave me a proper feel and helped my learning”

Our students worked really well together and had a fantastic experience. We are grateful to Jorge and his team at the ARU Sport and Exercise Science Department to be given this opportunity. 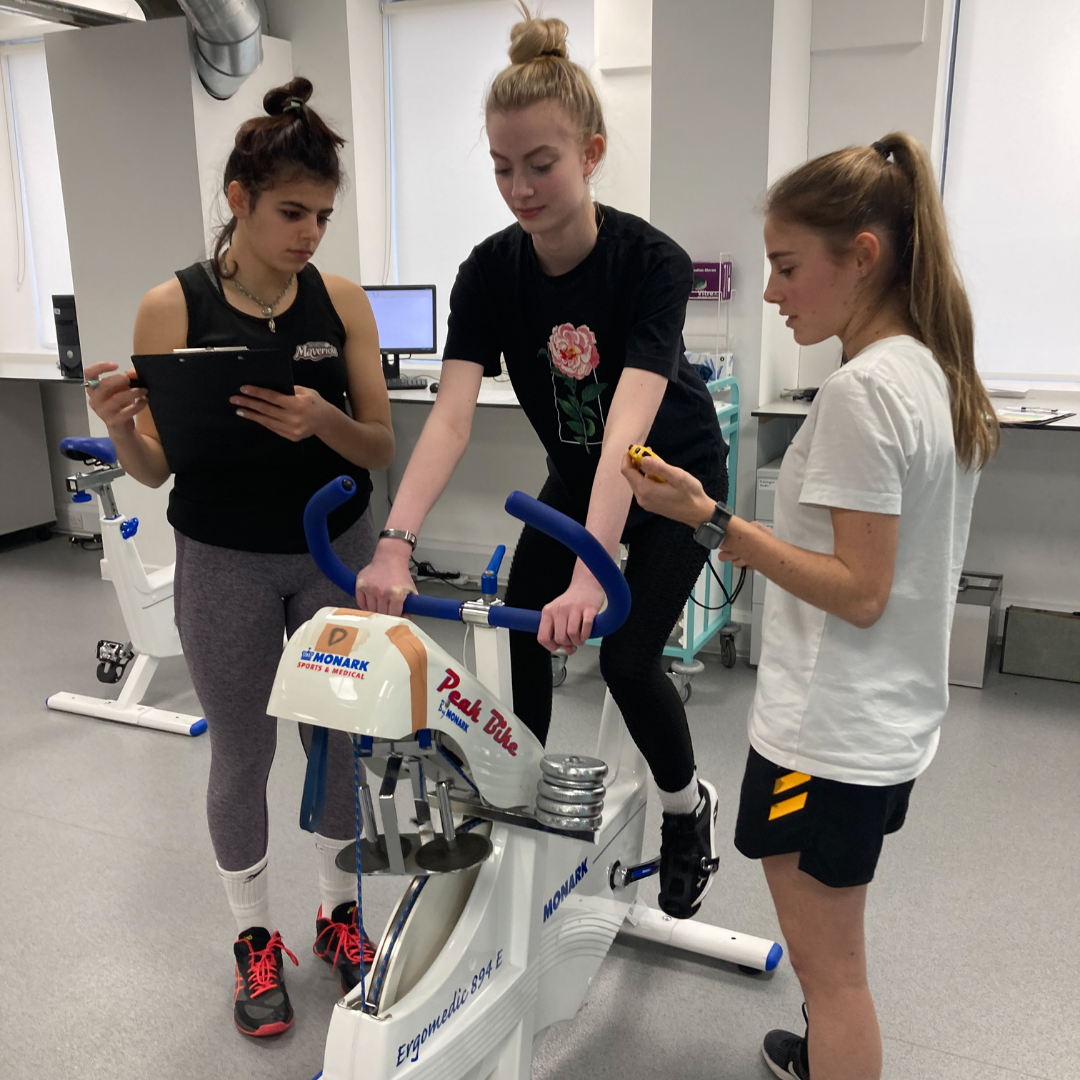 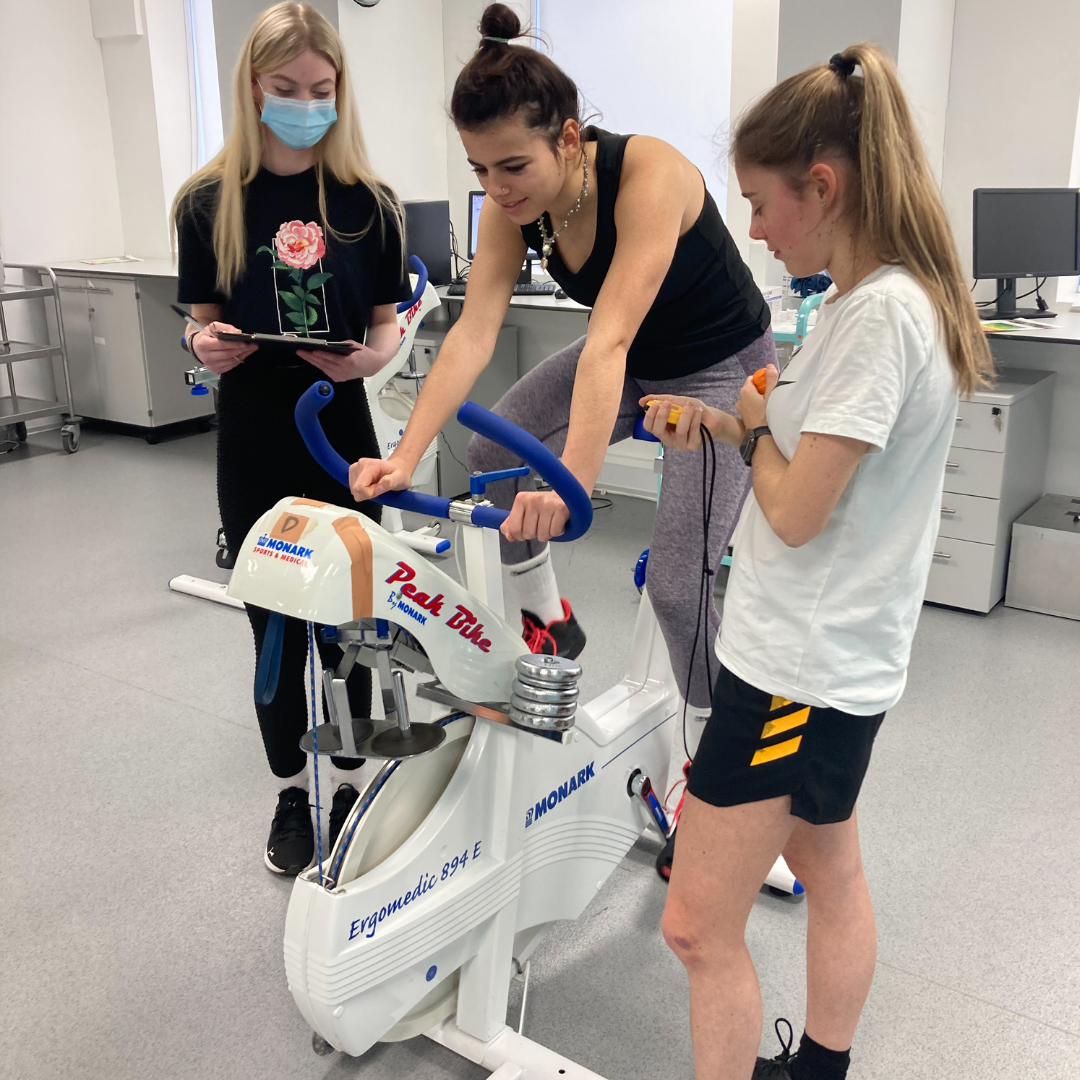 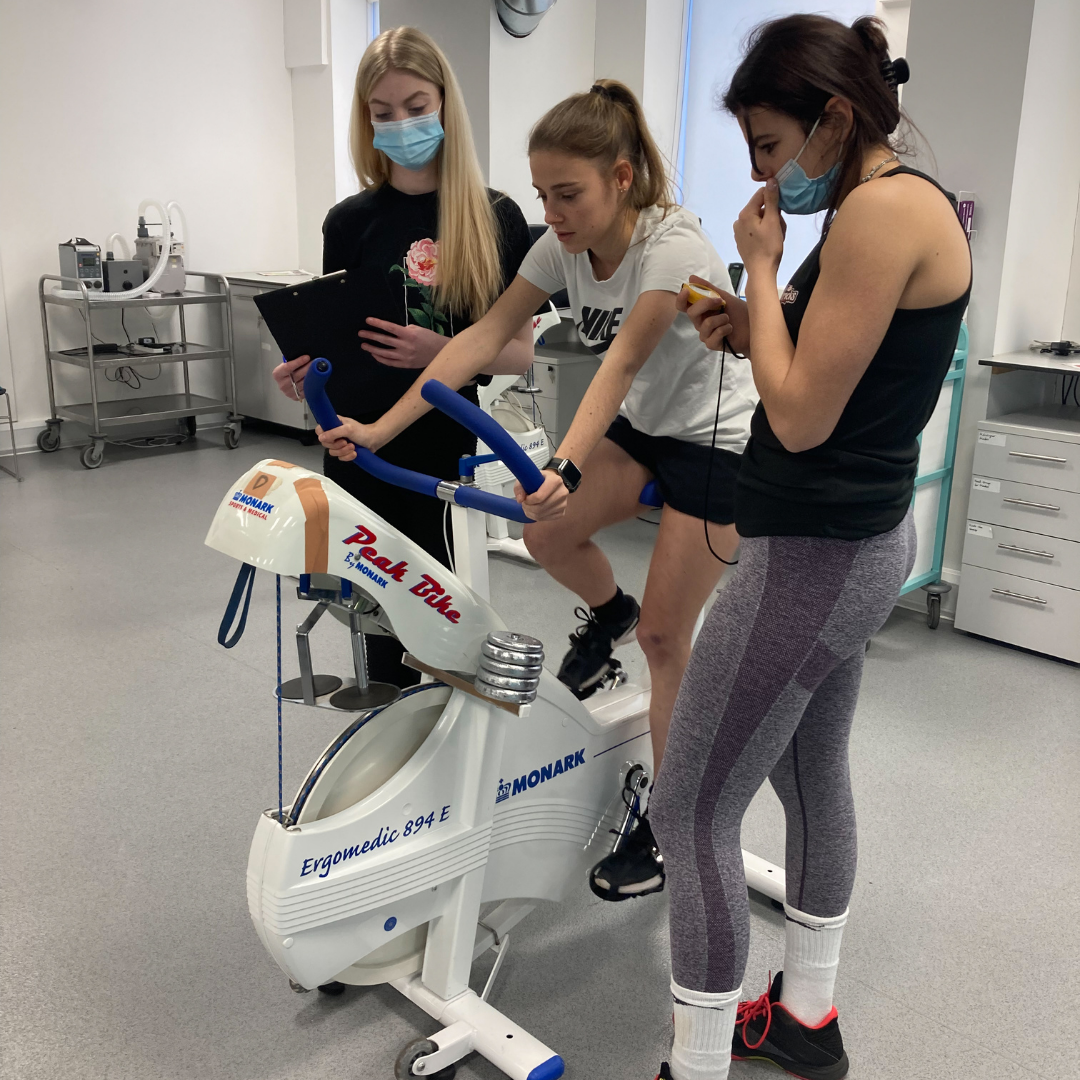