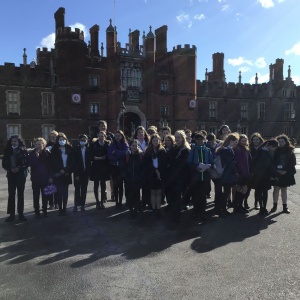 Year 8 student Isabeau H tells us all about the Hampton Court Palace Trip.

Hampton Court was a great, fun opportunity for all of Year 8 to enjoy. Not to mention the total of five hours on the coach everyone enjoyed not having lessons to do!

When we arrived feeling hungry, we were all very eager to eat so we went into the canteen area and we spent our lunch break being stared at by a cardboard statue of Henry VIII. When our break was over, we went over to the courtyard where we were welcomed by a man dressed in Tudor fashion. He explained to everyone about Henry VIII’s succession crisis and how religion changed as a result. Everyone was invited to join in and act as one of his wives or children which encouraged people to share their knowledge of Tudor history. 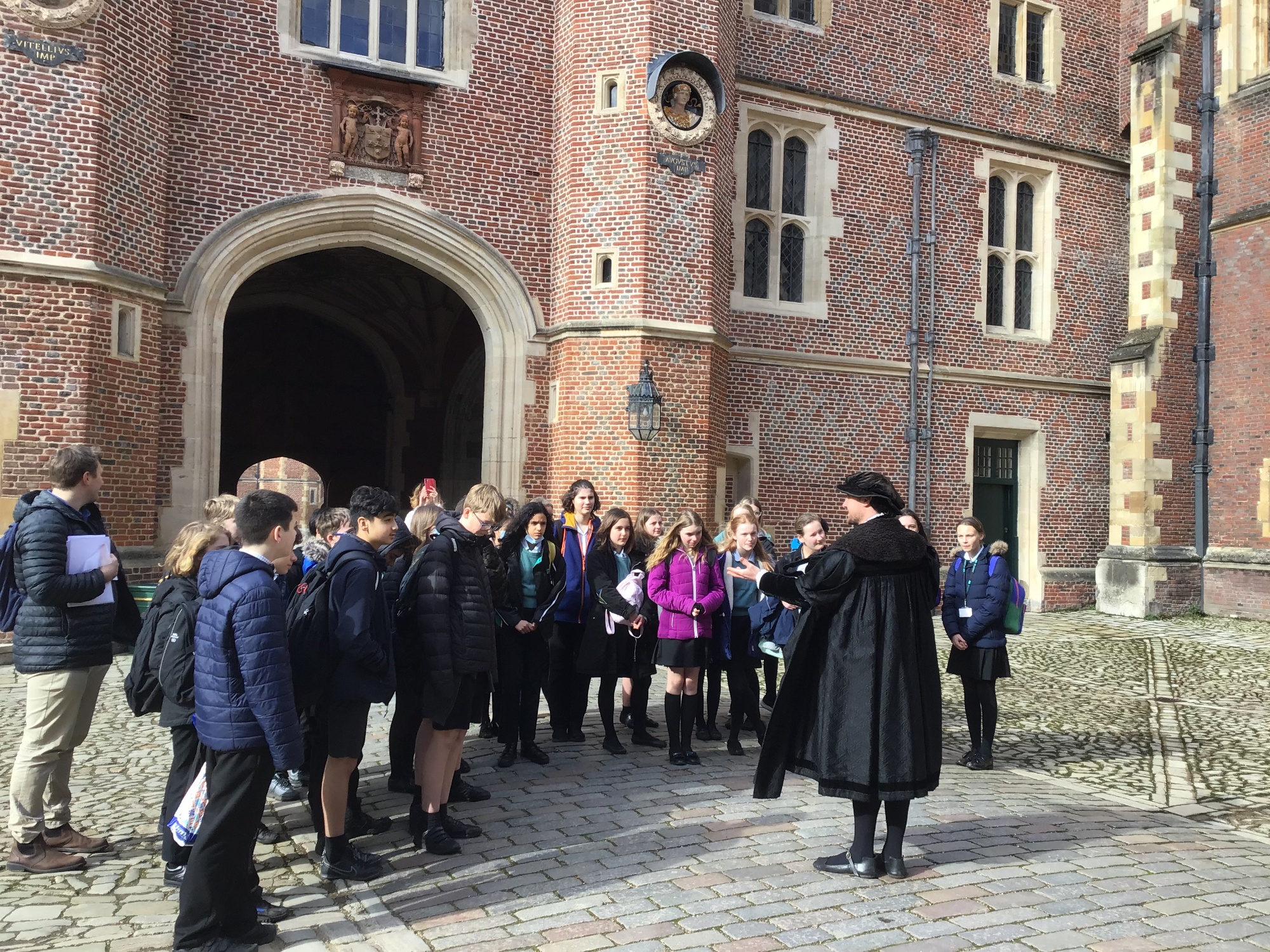 We then went inside the palace and into Henry VIII's dining hall. There were tapestries displaying the story of Abraham and Isaac. We learnt that that room was built for Henry’s second wife Anne Boleyn. Although when she was beheaded, he chipped the 'HA' symbols created for her out.

We then went into our second session which we spent debating who would take over the throne if Queen Elizabeth I died of smallpox. After a lot of competitive debating we chose the next Queen and decided it should be Mary Queen of Scots. Thankfully Elizabeth didn't die in 1562 when she had smallpox! History would have been very different indeed.

Hampton Court was really fun and we all learnt a lot and I would recommend it for future Year 8s.