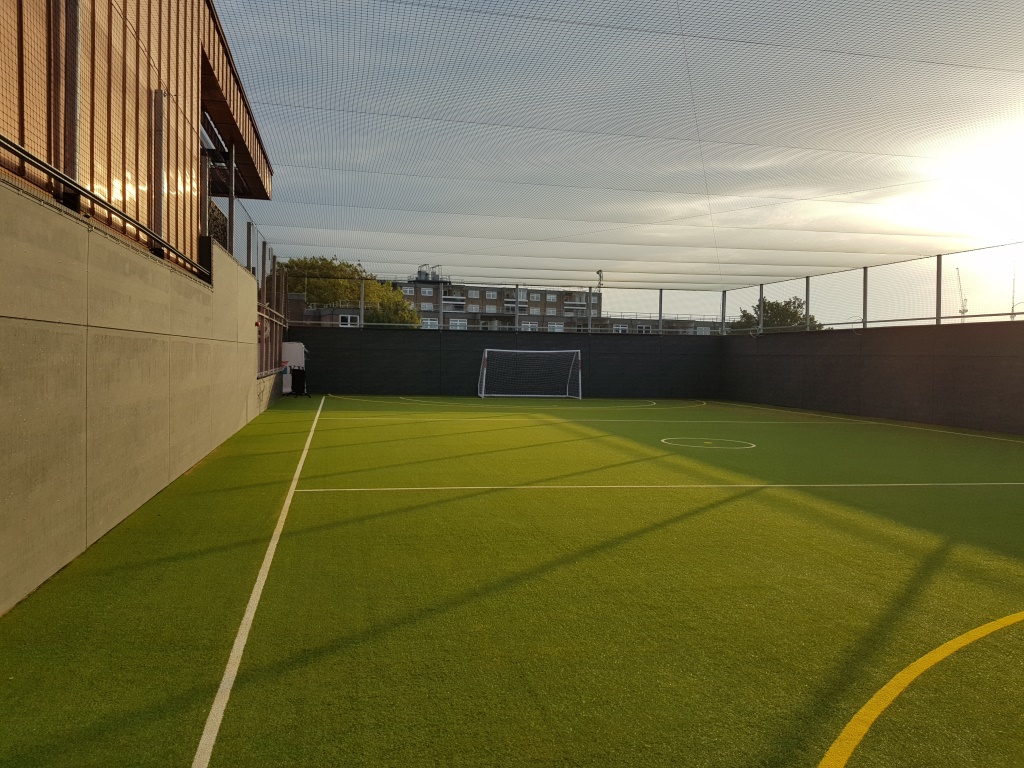 As we approach the halfway point of a year that has seen such change in the school it would be easy to sit down with a thesaurus and list some superlatives to describe all that has happened here recently.

Taking the easy and obvious route is not really the SPF way, of course, and I would like to take this opportunity by looking at the school through a different lens - a small sample of SPF’s unsung heroes.

Schools are communities and they only work if there is an ethos and culture of supporting each other.  This can take many different forms, as the groups below demonstrate:

On 20 January we welcomed over 120 Year 6 students to our Entrance Testing day.  I spoke to them all as they left and the unanimous answer to my question about the best part of the day was: “Lunch!”.

Alongside this, they had provided sandwiches to our netball teams in their (hugely successful) fixtures against Wellingborough School, and refreshments for visiting parents at four separate parts of the day.  All done with a smile on their faces, and as if this was the easiest thing in their world.  Chapeau!

If there is one thing that sets SPF students apart it is their ability to both be determined, driven and motivated, whilst remaining incredibly kind and caring. There is no better example of this than in the new ‘Wellbeing Committee’.

Entirely a student initiative, this group have implemented some wonderful new additions to the school this year: they have started up a 'Crafting Friendships' club, which runs on Tuesday lunchtimes and hopes to offer everyone a chance to have a chat and meet new people in a low-pressure way, whilst enjoying some crafting activities (slime-making has been the most popular session so far!). They also put together a '15 days of Wellbeing Challenge', published in the Student Blog, which suggested one act of self-care, reflection, or an act of kindness towards others for readers to complete each day in the run-up to the end of term.

Mrs Wall and her office staff are the crucial touchpoint in so many of our students’ days.  Their days are predictable only inasmuch as they are never the same.  They field ‘phone calls, students with lost kit, teachers wanting to know where their lesson has been moved to, and many other things beside.  One Friday, I found Karen hoiking wet coats from behind the bag racks - the very definition of ‘above the call of duty’.  Needless to say they were in school last Saturday ensuring that the testing day went off without a hitch.

We have a number of thriving backstage clubs and enrichment options for those students interested in helping out behind the scenes. Last term, students in our Year 7-8 Backstage Club made gravestones for the Year 6 production of 'Ebenezer' whilst members of our Year 11 Backstage Enrichment group designed and made puppets, set and props for the upper school production of 'The Canterbury Tales'.

Members of KS4 Tech Club operated sound, lights and projections for 'The Canterbury Tales' and were involved in the smooth running of House Talent on the final day of term. Our backstage team and tech crew for 'Ebenezer' was made up of students from Years 9-11 and they did a wonderful job. Meanwhile, in our Year 8-10 Backstage Club, costumes and set are already in full production for this term's senior school production of 'The Tempest', which we await with eager anticipation.

It is, of course, invidious to select just a few people here, but they highlight all the things that go on behind the scenes to make the school work smoothly.

We are having a super season of netball. This half term saw our first Mavericks Superleague netball coaching workshop. Two superleague players visited our school a few weeks ago and spent two hours working with our U16 and U14 teams in preparation for their tournament. The girls had a great time and certainly gained a lot from the session.

Our U14 and U16 netball teams gave their best at the regional netball tournament in Stanborough last weekend, despite cold rain and biting winds. The U14 team started well winning their first match by 7 goals. Unfortunately they did not quite manage to hold their winning streak and came 4th in their section. The U16 team had an amazing tournament and looked fantastic, dominating most of the time. Two from each group progress to the semi finals and they came joint 2nd in their group, with a team they had drawn against earlier in the tournament. It all went down to goal difference and they just lost out by 2. They had such a great tournament and should be proud of their achievement. We certainly are!!

We also achieved our best ever results at the Bedfordia Cross Country Championships, with Issac Morris coming in 1st place and our Senior School teams performing very strongly.

Read more about Bedfordia
View all sports fixtures and results

What else have our Senior School students been up to?