In keeping with The Royal British Legion’s request that schools, colleges and clubs commemorate the sacrifices of those who fell at the Battle of the Somme in this centenary year, we made this period of the First World War our focus when we gathered for our Remembrance Assembly on 11th November.

Mrs Vagh, 6A’s class teacher and our English coordinator, opened the assembly with a fascinating presentation about the immense contribution of Ulstermen to the battle, which raged from 1 July until 18 November 1916. We learnt of the heroic endeavours of Irish soldiers and also, very sadly, that there was not a street in Belfast which did not suffer a loss at the Somme.

As a special mark of respect this year we invited Claudia, a Year 11 student from the Senior School, to play The Last Post before our two minute silence at 11am and The Rouse afterwards. Claudia professed to being quite nervous but is to be congratulated on playing extremely well. 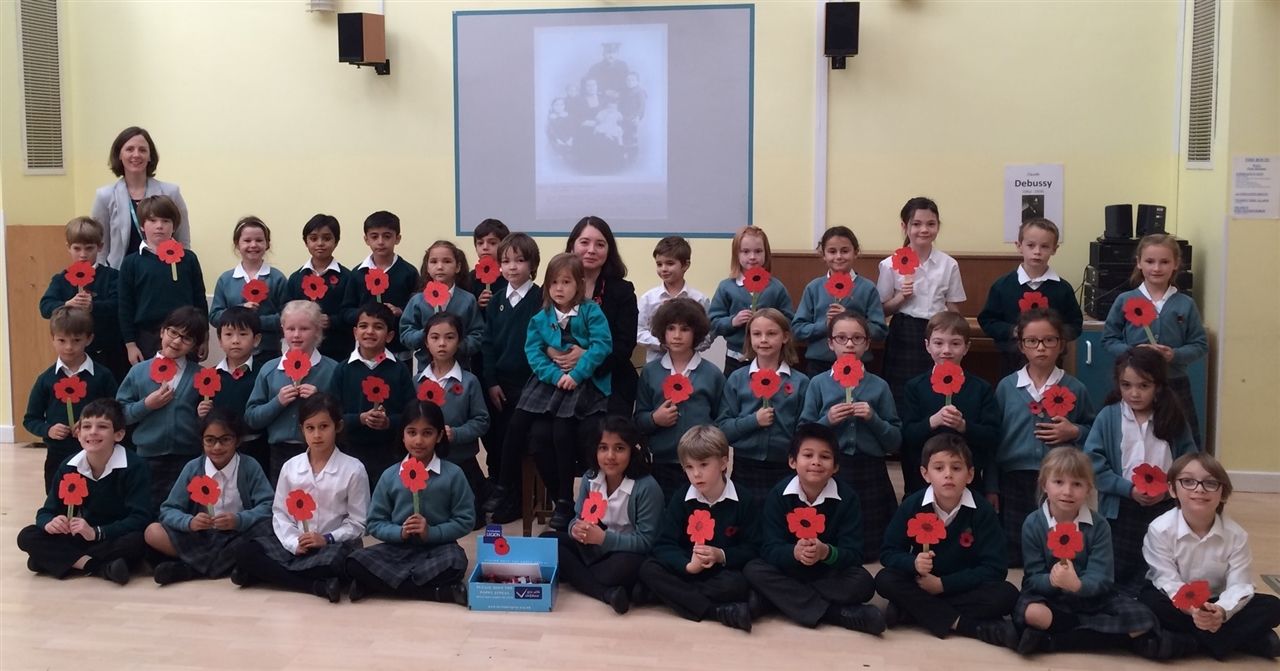 Our second speaker was Emma Collister, née Easterbrook, a former pupil of Perse Girls and also the mother of two current Stephen Perse pupils, William and Maeve. Mrs Collister spoke very movingly of her family’s strong links with the Somme and of how she, Maeve and her mother visited Blighty Cemetery on 4th July this year in order to pay their respects to her great grandfather, Bert Easterbrook, on the centenary his death. 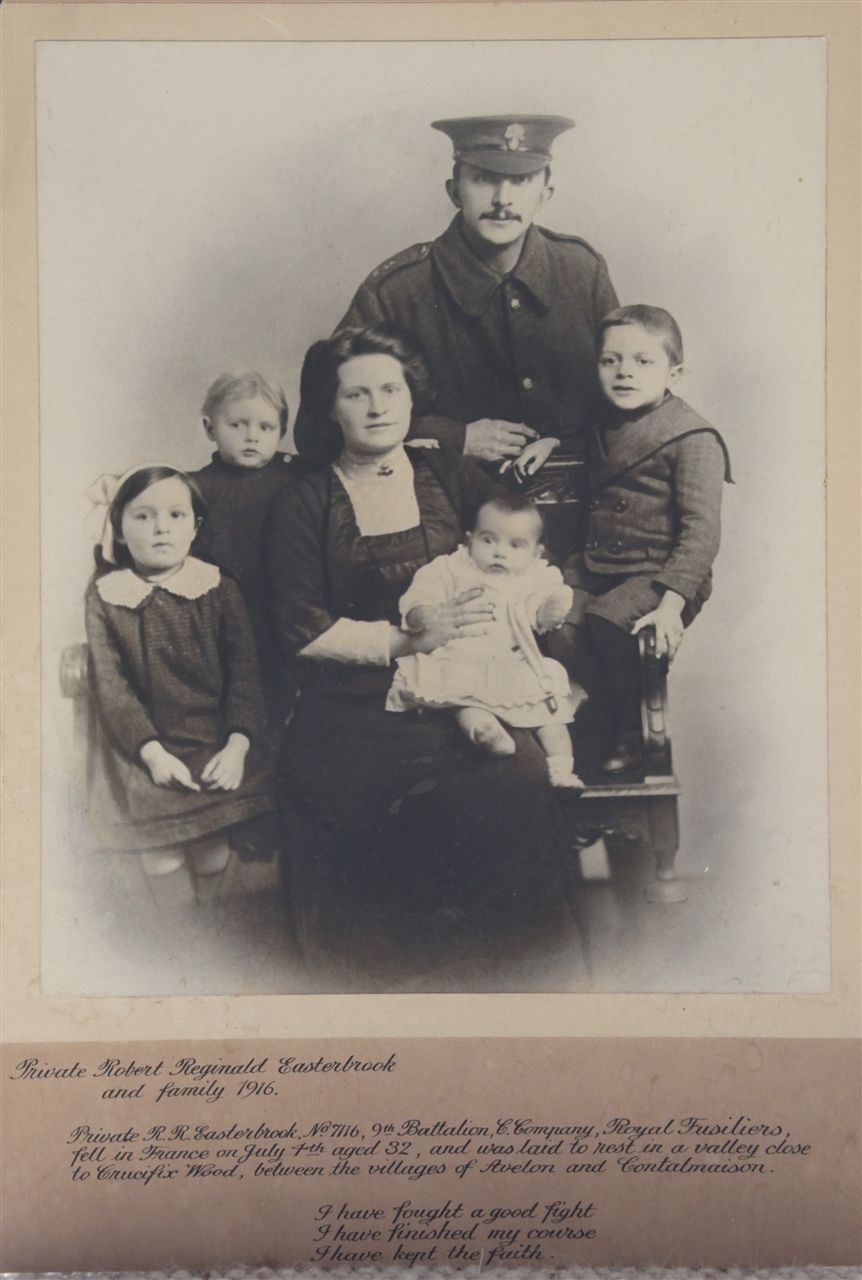 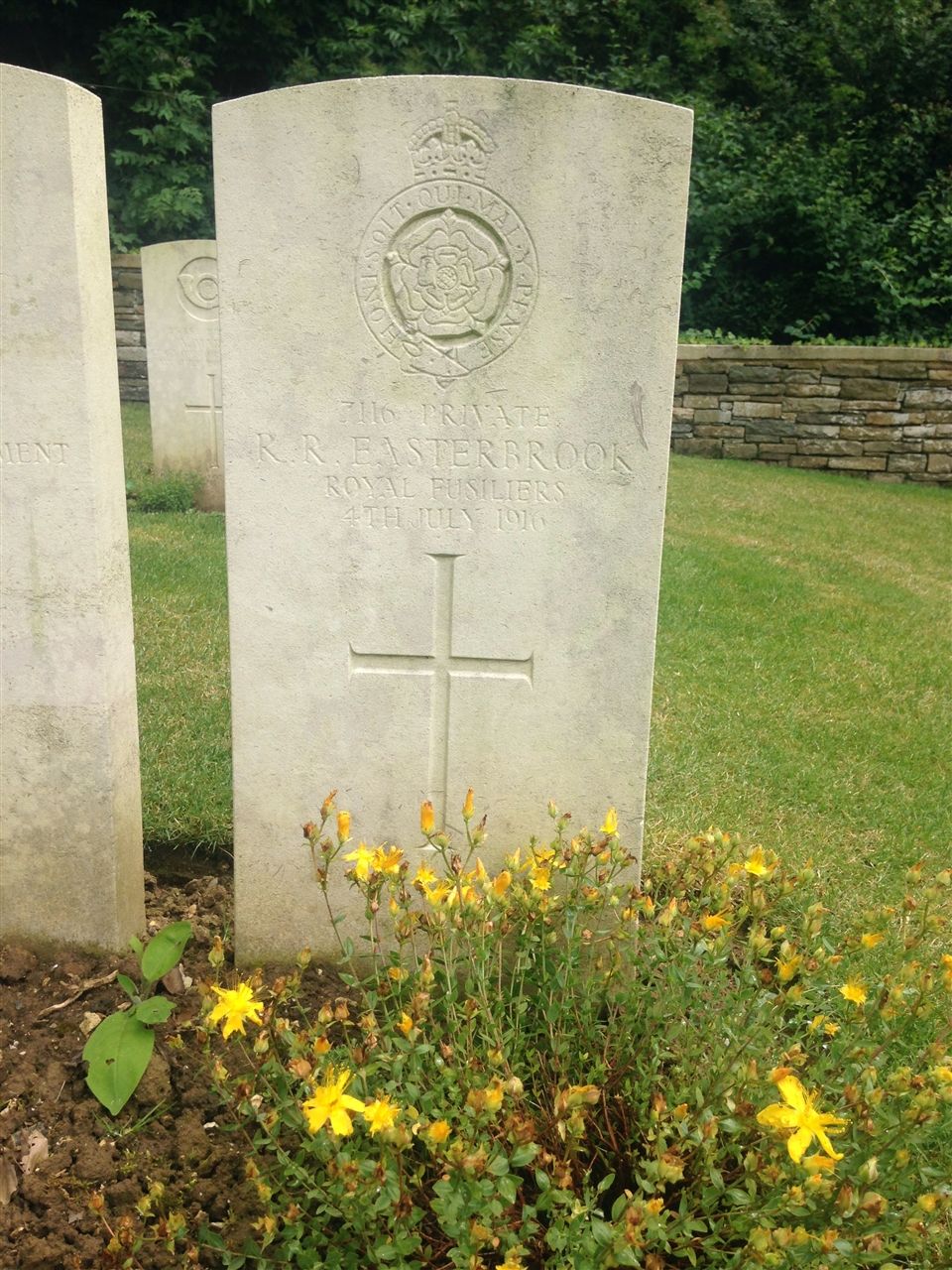 We were fascinated and deeply saddened to hear how Bert, a milkman in London, left his wife Rose and their four children to join the Royal Fusiliers and fight in France. Mrs Collister also recalled going on a Senior School ‘Battlefields Tour’ and advised her audience if they ever go on that expedition to find out if they have relatives buried in France or Belgium and to ask the bus to stop at the relevant cemetery. She ended by reminding us of the importance of learning French, which caused Mrs Neely to smile broadly! 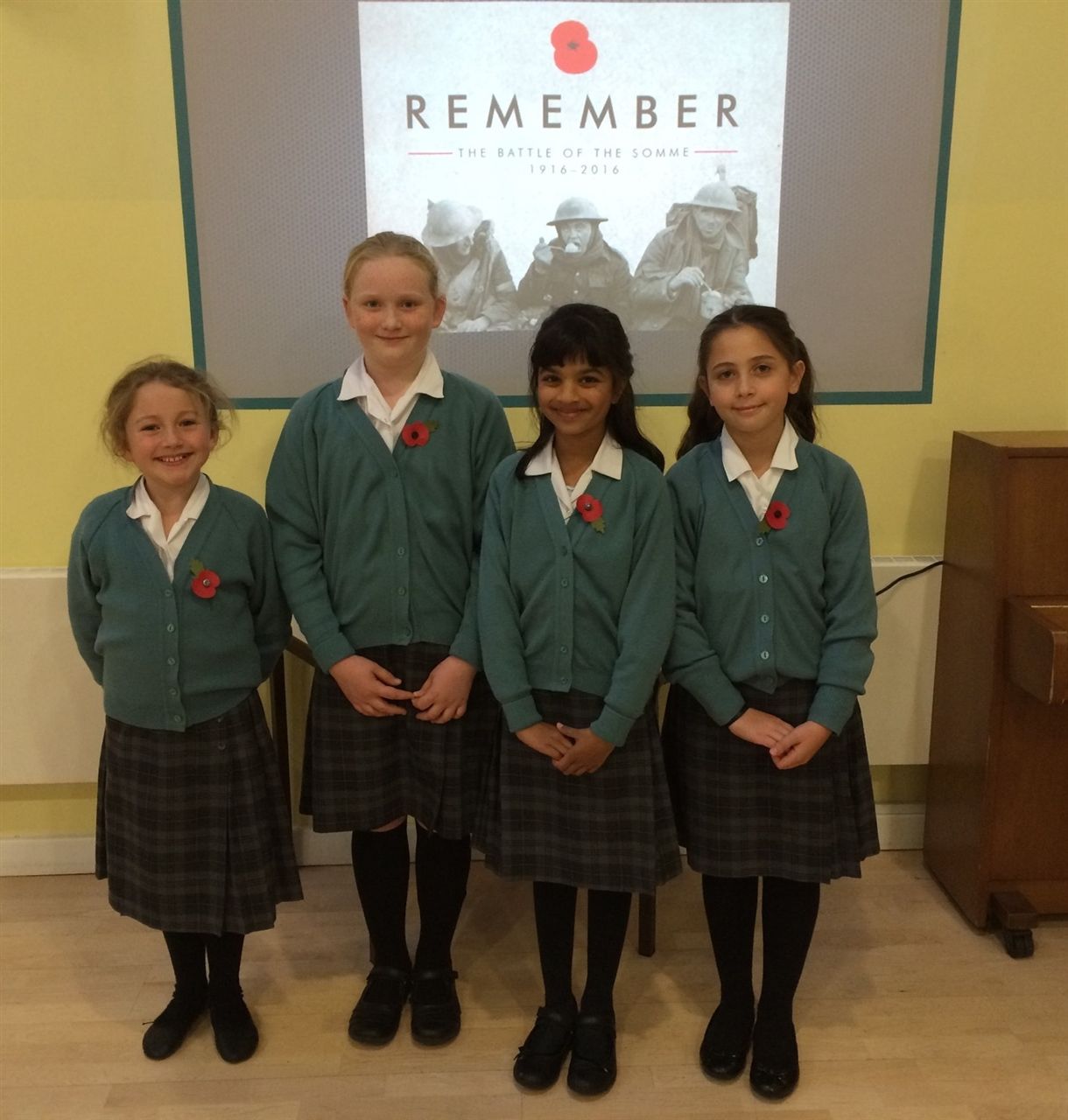 Mrs Collister also introduced us to the poetry of Kathleen Montgomery Wallace, née Coates, another former pupil of Perse Girls. Her brother, Basil who attended The Perse, died in the First World War and Kathleen’s poetry has strong connections with Cambridge. Julia, Alexandra, Sirisha and Thea, all members of Year 6, read Chestnut Sunday as our assembly drew to a close and finally our Year 3 pupils sang a French song of remembrance which they had learnt with Mrs Neely. Here is the link to the poetry.