Our huge congratulations go to Senior School Maths teacher, Vicki Franks, on her selection in the England squad for the forthcoming Touch Rugby World Cup in Malaysia between the 28 April and 4 May.

Vicki will be playing in the Women’s 27 England Team, and this will be the first time that she has competed in a World Cup. The tournament includes 116 teams playing across 15 different categories, and include men’s, women’s and mixed teams in different age categories.

Another challenge will be the conditions and the climate that players will face during the World Cup. “Malaysia is very hot and humid so this will be a challenge of fitness. You also need a lot of physical fitness to play such a fast paced game, especially when you are playing multiple games a day.”

As a teacher, Vicki is especially keen to get young people involved with touch rugby. She describes it as: “a very fast paced game where you have to make really quick decisions and the use of strategy is really important. It is also a really good basis for anyone wanting to play Union and League rugby.”

“We’re really proud of Vicki and wish her and the team every success in the tournament,” said Principal Tricia Kelleher. “Her selection to the England Touch Rugby team is a testament to Vicki’s dedication and commitment to the sport and is truly inspirational to everyone in our school community.” 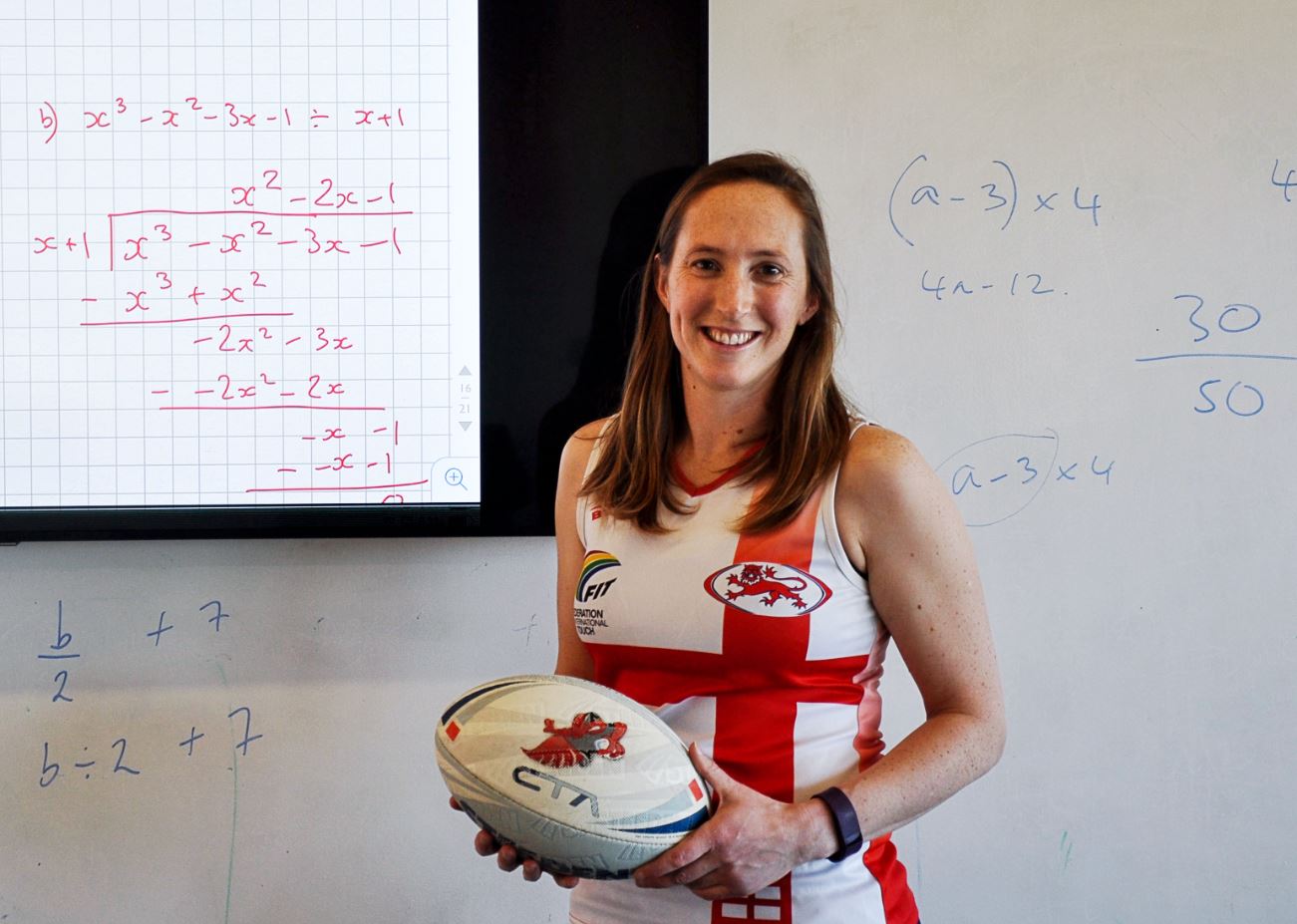