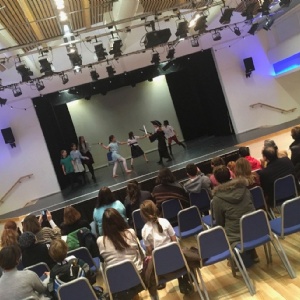 On Thursday 1st December we performed in the Drama Club showcase. The Year 6s who attended the club were divided into three groups and each group acted out a different scene from ‘Peter Pan’. The club was run by some Year 10 and Year 11 students, supervised by Miss Wood. They made the performance a fun experience and enjoyable for everyone, including the performers and audience. Personally, my favourite parts of the showcase were the movement sequences in each scene because they were exciting to do and watch, especially the fighting sequence. Florence

In our Drama Showcase we performed extracts from ‘Peter Pan’. Each group had a movement scene to act out and they were all put to music. In the actual performance we had costumes to wear and props to use. It was really fun and the Year 10 and 11 students were helpful and kind. Madeleine

I really enjoyed taking part in Drama Club this term as we had two Year 10 students and one Year 11 helping us. I loved playing the part of Michael in the showcase as it was really fun. I got to wear my dressing gown and the games we played were fabulous! ‘Peter Pan’ was such good fun and I wish I could do it again as I liked learning how to fly! Lara 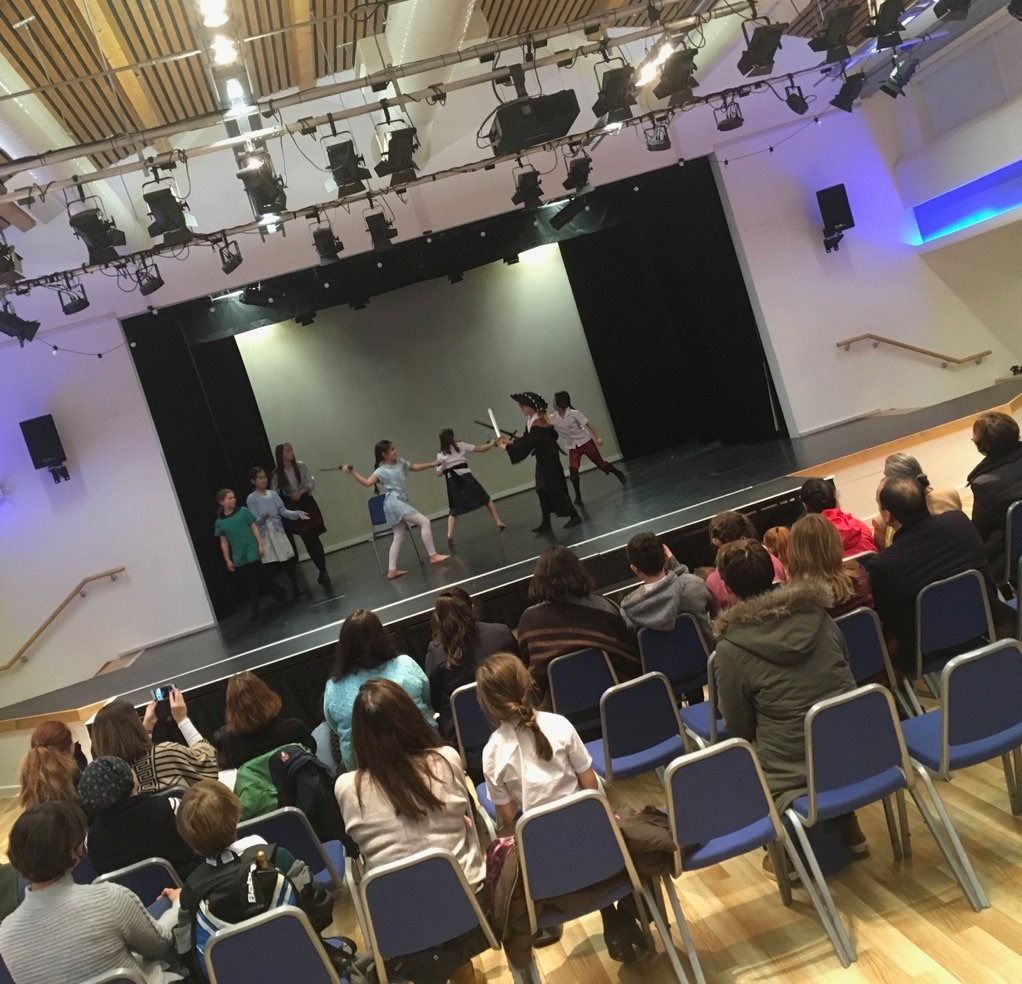 We acted out the story of ‘Peter Pan’ and we had to perform different parts of the story. I was a Lost Boy with Grace, Tessa, Clemmie and Katherine and I really enjoyed performing in the play with the Year 10 and 11 students who organised most of it. It was great fun to do. Delia

The Drama Club showcase consisted of three scenes from ‘Peter Pan’ chosen by the Year 10 and 11 helpers. Each scene involved a music part and an acting part. It took a while to learn our lines but it turned out to be a really fun creative performance. Katherine

There were three short extracts and we performed them in the order that they are written in the book. Our group performed the scene of the Battle of the Jolly Roger. It was an exhilarating experience and I’d love to have the fun we had again. Anabel

The Year 10 and Year 11 students changed the ‘Peter Pan’ script for us. They made it suitable for our age. It was a good experience working with the older students and it was a useful opportunity to be acting on stage. We could tell our parents were enjoying it, as they laughed at the funny parts. We learned the importance of projecting our voices in large spaces and how to express our emotions, so the audience can tell how we are feeling. Learning new drama games from the Y10 and Y11 students helped us to master new techniques and skills. Drama Club is amazing and we hope we can work with the older students again. Maggie and Haniya