On 11 October, The Stephen Perse foundation played host to controversial and noted philosopher AC Grayling, as part of an evening to discuss the education of tomorrow’s leaders, and how education itself needs to adapt and modernise to equip students for a world that is rapidly changing. Grayling spoke on the importance of the humanities, both in finding a career, and in fostering well-rounded citizens, and, by proxy, a decent society. 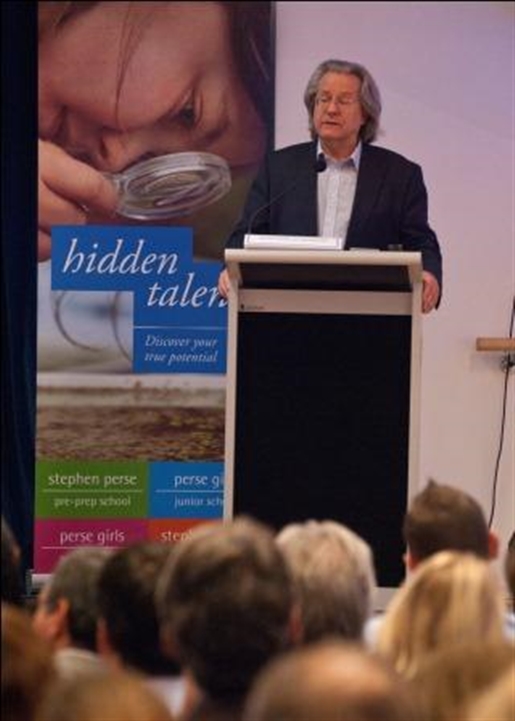 Grayling suggested that philosophy was not only vital for university but that its study should begin at a young age, even in primary school (something offered by our Junior School). Grayling also introduced the New College of the Humanities, described the ideas and hopes behind it, and showed confidence in a system of education based purely on widespread (the college offers a Liberal Arts approach to education) thinking. The New College of the Humanities sparked interest and questions among the audience, with vast difference in opinion from question to question; some were concerned over the omission of theology from the syllabus, others demanded science, however many members of the audience seemed interested in the concept behind the college, although many were put off by the proposed level of fees!

The talk by Grayling was followed by a panel debate examining the role of education from some contrasting angles. Alex van Someren – serial entrepreneur and former Entrepreneur in Residence at the Judge Institute of Management here in Cambridge said “Follow your heart” – a key theme and a strong echo of the sentiments of Steve Jobs of Apple who died recently. David Howarth’s view (David is the former MP for Cambridge and now returned as Law Fellow in Cambridge University) that the only purpose of an undergraduate degree was as a preparation for a graduate degree was entertainingly expressed, although there were a significant number of resulting questions. Tricia Kelleher, our Principal, spoke of the positive impact that a more progressive view of education can have on fostering inspired, excited, engaged students. The move from knowledge for knowledge’s sake to thoughtfully applied knowledge was key to this, something she illustrated with examples from across the Foundation – Junior School to 6th Form. Refreshingly, all agreed that there was more to school education than grades.